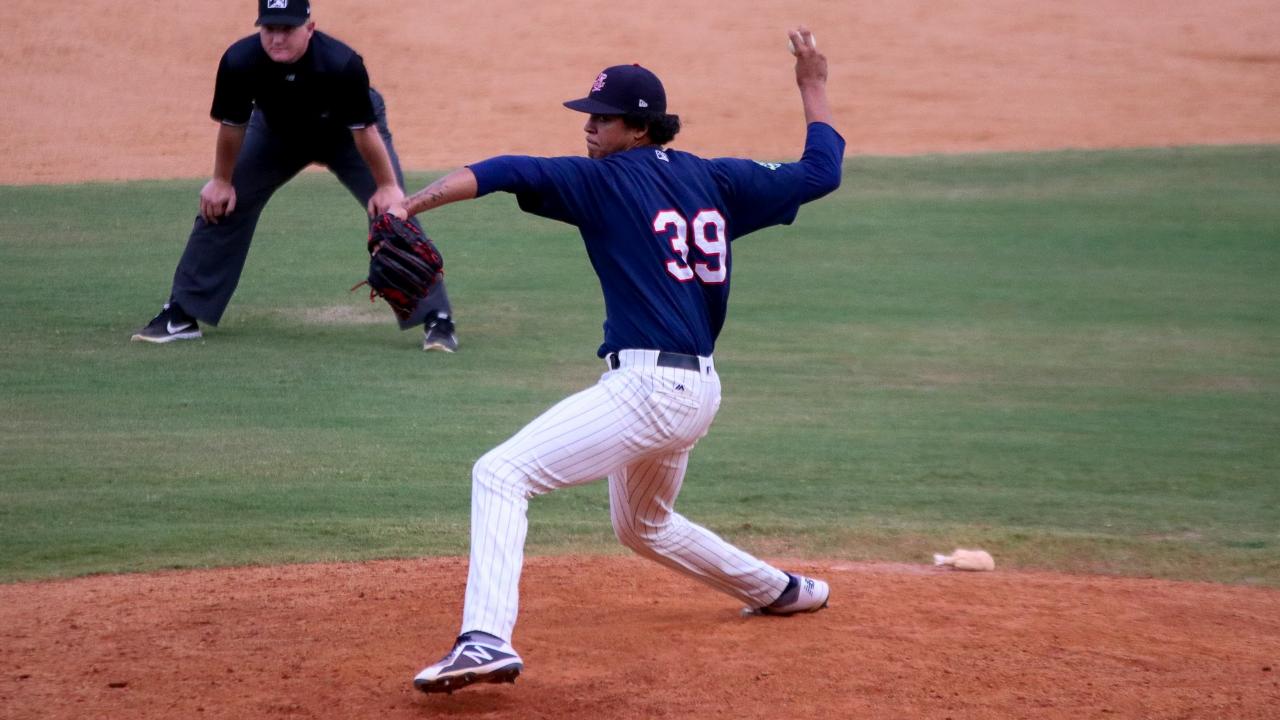 ELIZABETHTON, TN - The Elizabethton Twins entered Sunday looking to even their record at .500 but could not, as the Danville Braves scored in the first and controlled the game all night long, topping the Twins 7-1.

Andriu Marin started for the Twins and held Danville to just two runs on four hits and two walks through five innings, striking out four. The Braves scored runs in the first and fourth, then blew the game open in the sixth against reliever Frandy Torres.

With two outs, Torres surrendered four runs on four hits, a walk and two errors that at the time game Danville a 6-1 lead. An extra run in the seventh off Steven Cruz pushed the Elizabethton deficit to six runs and was too much for the Twins to come back from.

The E-Twins only mustered three hits in the contest, including an RBI single from Charlie Mack in the third inning that scored Anthony Prato.

Ruben Santana singled in the fifth and Trevor Jensen doubled in the seventh, but those two hits along with four walks and a hit batter were the only baserunners for Elizabethton.

Cruz struck out six over two innings, allowing just one run with just a walk. Benjamin Dum pitched a scoreless ninth, striking out his 20th batter of the season but the Twins went quietly int the ninth.

With three regular season games left in 2019, the E-Twins welcome in the Greeneville Reds for the final series of the year. The Twins remain in fourth place, 2.0 games out of first and 1.5 out of second with the three remaining games.