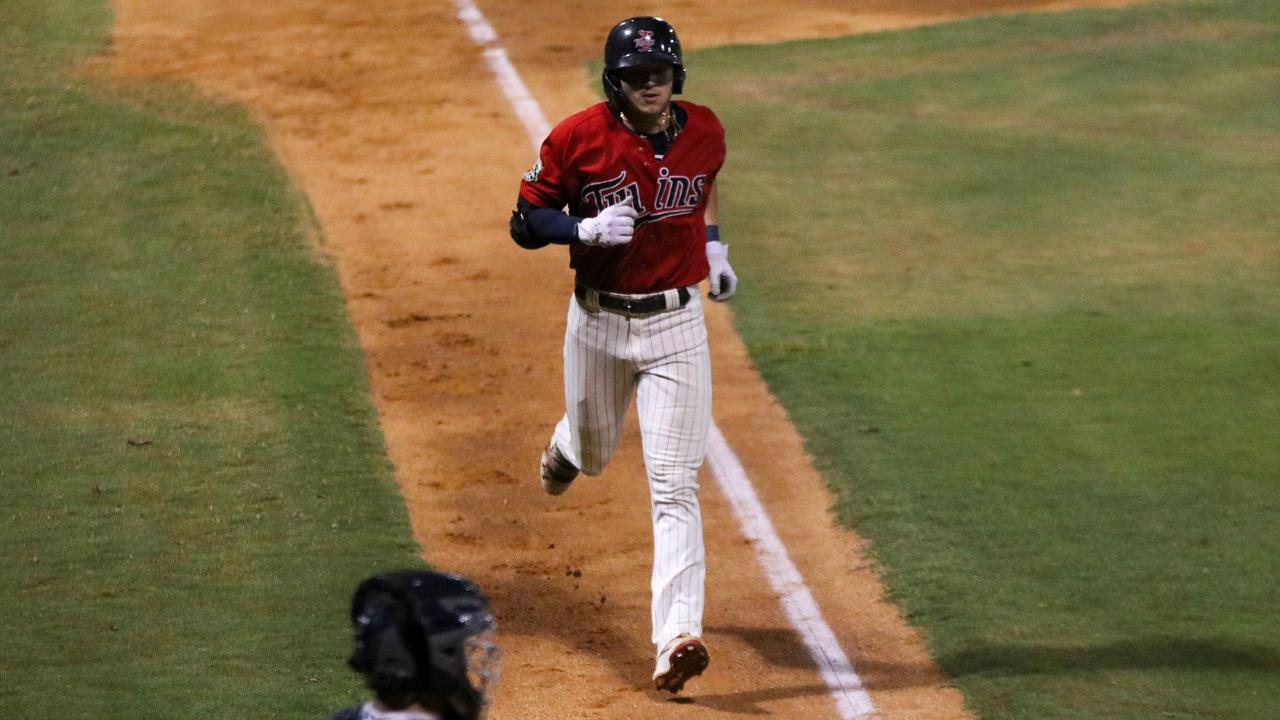 ELIZABETHTON, TN - Seth Gray's two-RBI double won Friday's game for the Elizabethton Twins, then his two-run home run in the eighth inning Saturday pushed the Twins ahead again, leading to a 4-2 win over the Danville Braves. The comeback also moved the E-Twins to 6-0 on fireworks nights at home in 2019.

Gray's home run came after Charles Mack was hit by a pitch, stretching his team lead in both categories to 11 home runs and 36 runs batted in. At the time, it put the Twins ahead 3-2.

After the first four innings were scoreless, Elizabethton scored in the fifth on a Willie Joe Garry Jr. home run off the right field foul pole, his fifth homer of the year. That 1-0 lead held until the eighth when left-hander Brent Headrick surrendered two unearned runs that were both ignited on errant pickoff throws.

The appearance for Headrick was his second of the season and the blown save led to a no-decision for Ben Gross, who pitched the first five innings and was stellar.

Gross threw five shutout innings, allowing just two hits in the third inning, while not walking anyone and striking out seven. He retired the final seven batters he faced and nine of his last 11.

After Gray's home run in the eighth, Parker Phillips and Max Smith both walked, then Trevor Jensen grounded out and scored Phillips from third, adding an extra run of insurance.

Tyler Beck, who took over for Headrick in the eighth, pitched a scoreless ninth, inducing a double play to end the game and bring the Twins within a game of .500.

Now, Elizabethton is just 1.5 games out of first and 1.0 out of second place. The E-Twins need to go 3-1 over their final four games to finish above .500, though that does not guarantee a spot in the postseason.