TWINS SCORE TWO IN NINTH TO WALK OFF CARDINALS 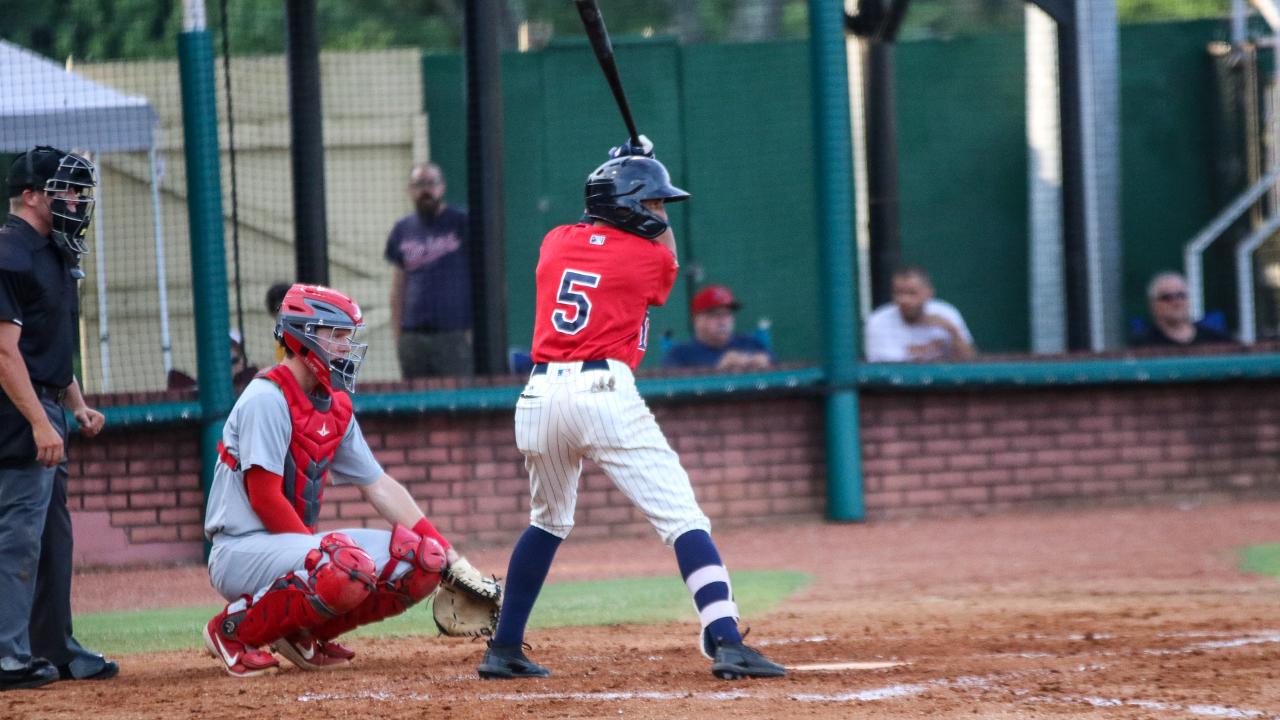 Elizabethton, Tennessee - A night after the offense controlled the game all night long, the Elizabethton Twins did not lead Saturday night until the final pitch. Ruben Santana connected for his second double of the game, scoring two runs and walking off the Johnson City Cardinals 3-2.

Elizabethton kept the game close with Johnson City all night long, with the first six innings scoreless between the two teams. Ryan Shreve pitched five innings out of the bullpen, allowing the Cardinals to score a run in the seventh inning and take a 1-0 lead.

While Johnson City added a run in the eighth off Dylan Thomas, Santana doubled in the bottom of the inning, scoring on a Willie Joe Garry Jr. single.

Thomas held the Cardinals scoreless in the top of the ninth, keeping Elizabethton within a run headed to the bottom half. Matt Wallner and Janigson Villalobos both walked, and Santana connected for his second double of the game on an 0-1 pitch.

Pinch runner Will Holland scored from second and Villalobos came all the way around from first to win the game for Elizabethton.

Right-hander Sawyer Gipson, making his pro debut, pitched the game's first two innings and gave up just one hit while striking out three. Shreve relieved him and pitched the next five, striking out nine and allowing just the one run on five hits, while walking just one.

For Thomas, it was his first win of the season and redemption after taking the loss after the Cardinals walked off the Twins in Johnson City Monday night.

The Twins improve to 14-10, a half game above the Cardinals for first place in the Appalachian League West. Elizabethton remains undefeated, improving to 3-0 on fireworks nights, with both of the team's walk offs this season coming on fireworks nights.

Elizabethton and Johnson City play again Sunday night, with a 5 p.m. first pitch in the second game of the four-game series.