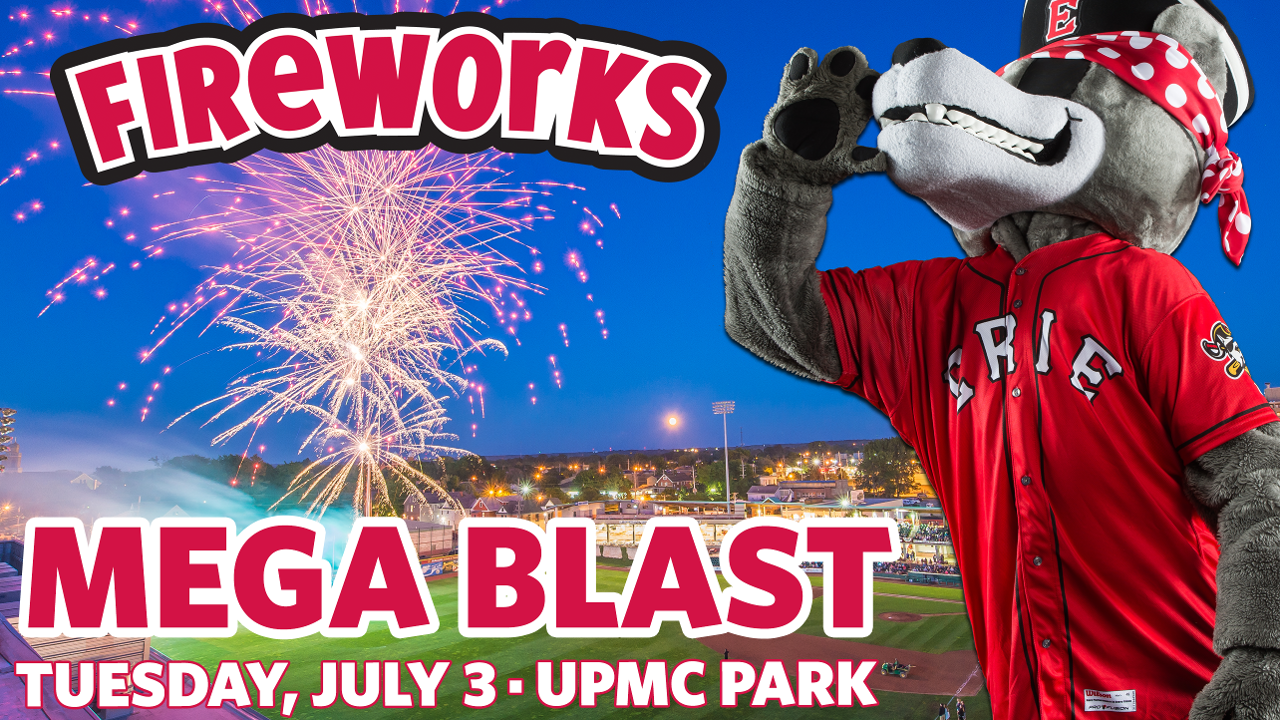 The Erie SeaWolves, Double-A Affiliate of the Detroit Tigers, announce today that the team's fireworks show set for Tuesday, July 3, has been changed to a Mega Blast Fireworks Spectacular to commemorate America's birthday.

The Mega Blast Fireworks Spectacular, presented by the Pennsylvania Lottery, will be the largest fireworks show in UPMC Park history and will be the equivalent of more than two regular ballpark fireworks displays. The show will be produced by Zambelli Fireworks of New Castle, PA. The fireworks will be accompanied by a live performance on the field by the Erie Philharmonic.

"Memorial Day Weekend is considered the unofficial start of summer, so we wanted to use the opportunity to announce more big-time summer fun at UPMC Park," SeaWolves President Greg Coleman said. "We can't wait to light up the sky on July 3 with the biggest fireworks show in UPMC Park history."

Also, on July 3, the SeaWolves will once again hold their annual All-American BBQ Picnic. For only $25, fans can enjoy a 90-minute, all-you-can-eat buffet featuring BBQ chicken, BBQ pulled pork, brisket, corn on the cob, fruit salad and more. The offer, available with advance purchase only, includes a ticket to the game.

Tickets for the Mega Blast Fireworks Spectacular and All-American BBQ Picnic are on sale now at the UPMC Park Ticket Office (Monday-Friday, 9 a.m. until 5 p.m.) and on all game days. Tickets can also be purchased 24 hours a day at SeaWolves.com.