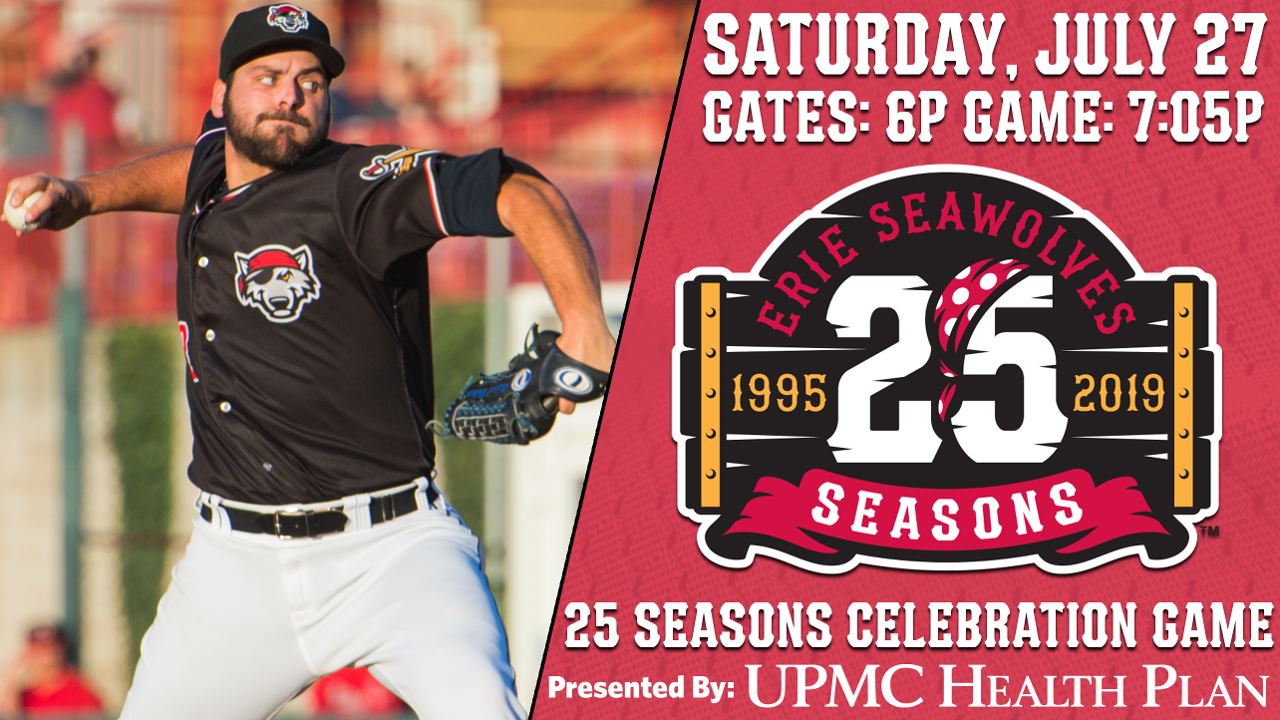 The SeaWolves are pleased to announce details regarding their 25 Seasons Celebration Game presented by UPMC Health Plan on Saturday, July 27.

The first 1,000 fans on July 27 will receive a commemorative 25 Seasons team card set featuring the fan selections of the 25 greatest players in SeaWolves history thanks to UPMC Hamot. After the game, fans will enjoy spectacular Zambelli fireworks set to the hits of 1995, the inaugural season of SeaWolves baseball, thanks to UPMC Health Plan.

"We are thrilled to partner with UPMC to create a night of memories as we celebrate 25 great seasons of SeaWolves baseball," SeaWolves Assistant GM of Communications Greg Gania said. "The players joining us for the celebration are amongst the most popular in team history. They are all looking forward to being a part of the event and reconnecting with the Erie community."

Prior to the game, the SeaWolves will recognize 25-year team partners, longtime employees, and community supporters who helped make UPMC Park a reality.

Fans can purchase tickets for the 25 Seasons Celebration Game by visiting the UPMC Park ticket office or online at SeaWolves.com.