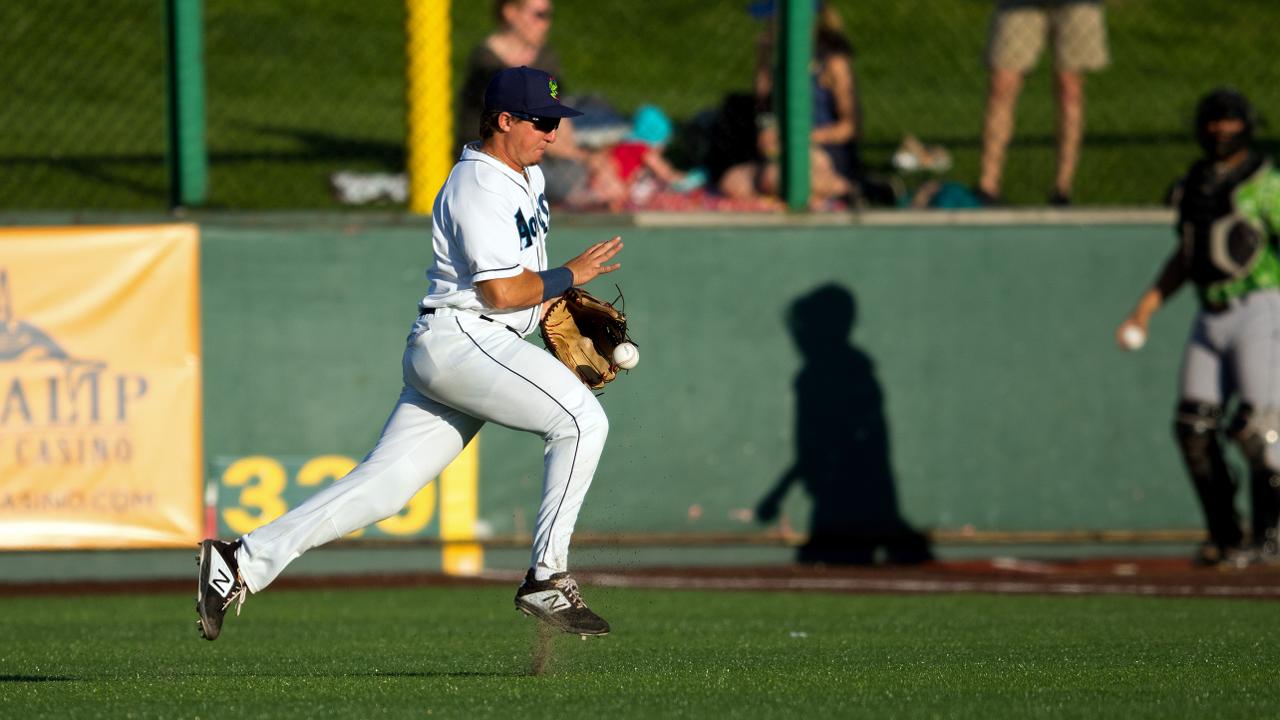 EVERETT, Wash. - After tying the game in the fourth inning and taking the lead in the eighth, the Everett AquaSox swept the Vancouver Canadians in the final series of the season, 3-1.

Vancouver struck first in the top of the third inning when Adrian Ramos scored after Cameron Eden grounded out. Utah Jones tied the game an inning later with a solo shot to right-center field.

In the bottom of the eighth, Trent Tingelstad doubled, driving in Jones and Cesar Izturis Jr., giving the Frogs a 3-1 lead. Jarod Bayless closed the game, allowing two hits and ending the game with a swinging strikeout, solidifying Everett's final victory of the 2019 season.

At the plate, the AquaSox registered seven hits, including doubles from Luis Joseph and Tingelstad as well as Jones' home run. On the mound, Damon Casetta-Stubbs started, pitching six complete innings with four strikeouts and one earned run. Kipp Rollings, Garrett Westberg and Bayless all pitched an inning apiece.

The 2019 season may be over, but the AquaSox are already looking forward to next summer! Stay tuned for Webbly appearances and 2020 season updates.