Ballpark Digest honored the Everett AquaSox with a Year-End Award 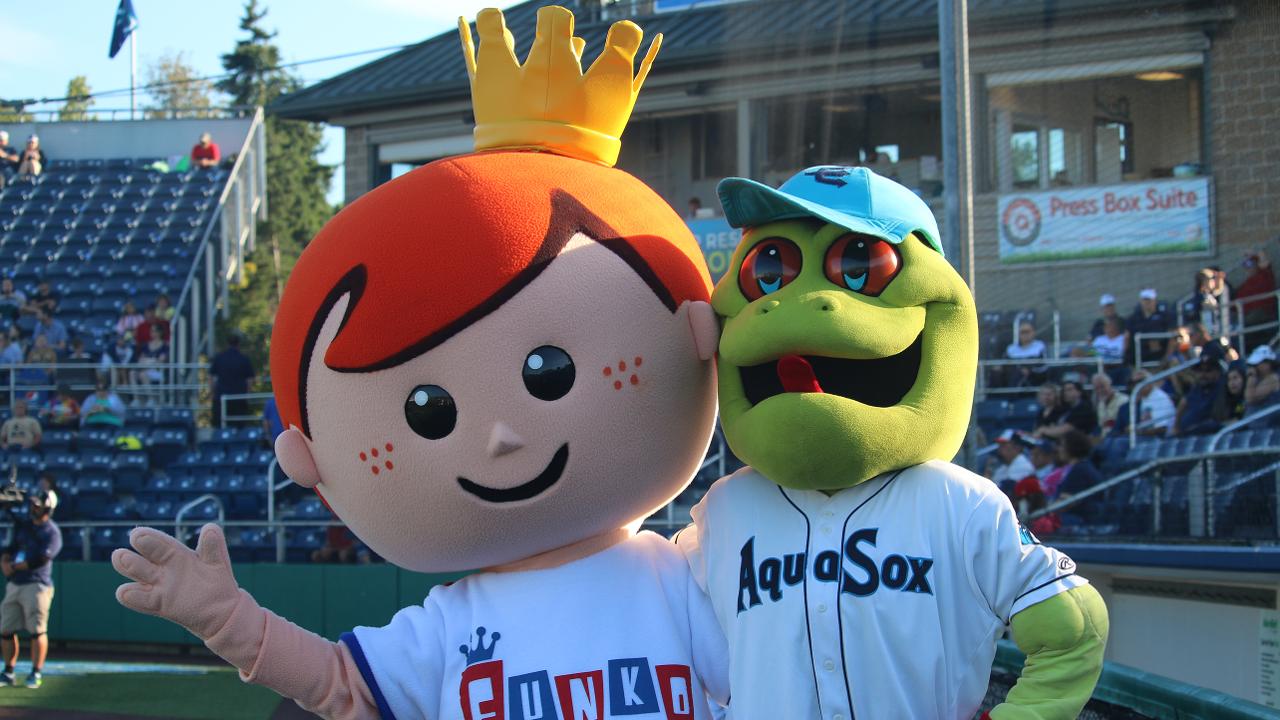 EVERETT, Wash. - The Everett AquaSox are excited to announce that their year-long promotion with Funko, Funko Fridays, was named the Promotion of the Year by Ballpark Digest. The AquaSox hosted six Funko Fridays during the 2019 season, featuring multiple Funko Field exclusives.

"The industry is filled with lots of imaginative folks creating memorable promotions," said Ballpark Digest publisher Kevin Reichard. "Exciting the Everett community was a prime reason why Funko Fridays was our promo of the year."

Funko started making a name for itself in 1998 with "Wacky Wobblers", introducing Freddy Funko in 2002. Their pop-culture collectibles range from fast food icons to superheroes to athletes, covering a wide range of interests.

The company signed a six-year naming rights partnership with the AquaSox in March of 2019, turning Everett's home field into Funko Field at Everett Memorial Stadium for the foreseeable future. In addition to the new signage, a 16-foot tall Freddy Funko statue stands in the right field Home Run Porch, enjoying the game with other fans in his AquaSox home jersey.

"We knew from the start the partnership would present some very unique and creative activation elements that were truly one-of-a-kind," said AquaSox General Manager Danny Tetzlaff. "As we talked about this community partnership, Funko CEO Brian Mariotti and Funko leadership were on-board with a vision for 'Funko Fridays'-everyone agreed it was an absolute home run."

Keep up with the AquaSox in the off-season! For updates on the 2020 season, community initiatives and Webbly appearances, follow the Frogs on social media, @EverettAquaSox, or check the website, AquaSox.com.