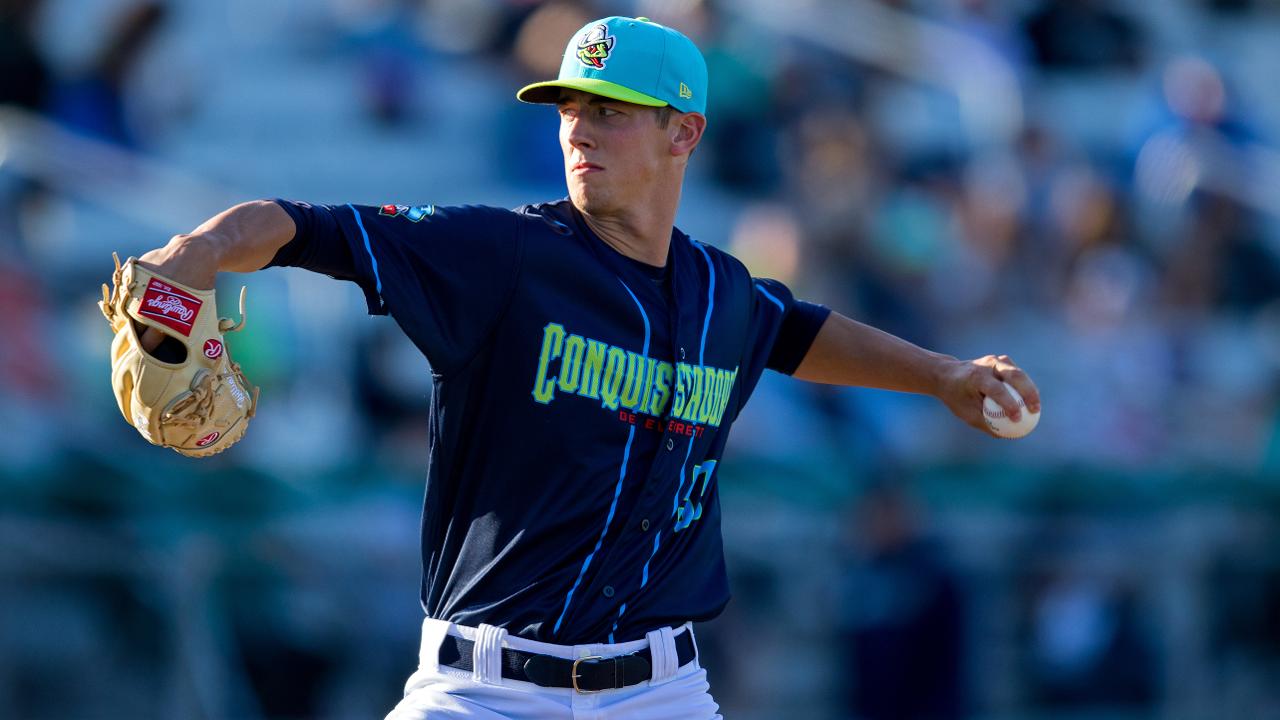 EVERETT, Wash. - The AquaSox took an early lead but were unable to maintain it, falling to the Vancouver Canadians 9-4.

The Frogs took the lead early when Billy Cooke tagged up at third after Robert Perez hit a sacrifice fly to right field in the bottom of the first. The Canadians pulled ahead quickly with a line drive to right, driving in two runs.

Yorman Rodriguez extended Vancouver's lead 3-1 in the top of the third with an RBI single to center field. Before the end of the inning, Rodriguez scored, leaving the Frogs trailing 4-1.

In the bottom of the fifth inning, Billy Cooke scored the Frogs' second run of the game on a wild pitch before Austin Shenton tied the game, 4-4, with his first home run of the season. The Canadians took back the lead in the top of the seventh with an RBI line drive from Will Robertson allowed Rodriguez to score again. A sacrifice fly to left field drove in another run for the Canadians, extending their lead to 6-4.

At the plate, the AquaSox registered eight hits, including a triple from Cooke and Shenton's home run. On the mound, LHP Brandon Williamson made his professional debut, pitching one complete inning. Juan Mercedes pitched the bulk of the game, finishing 5.1 innings and striking out two batters. Garrett Westberg made an appearance, pitching for 1.2 innings while Travis Kuhn closed, striking out three Canadians.

Up next, the 'Sox return to action on July 13 at Funko Field to complete the series against the Canadians. Fans will be able to enjoy a Postgame Fireworks show, presented by Washington's Lottery, and have the chance to bid on a Conquistadores jersey.

About the Everett AquaSox

The Everett AquaSox, a Seattle Mariners affiliate since 1995, continues to offer the most affordable family entertainment in the Pacific Northwest. Tickets are available for purchase through our website at www.AquaSox.com or by calling our Front Office at (425) 258-3673. To stay up to date with everything Everett AquaSox, follow us on Twitter (@EverettAquaSox) or visit www.AquaSox.com.