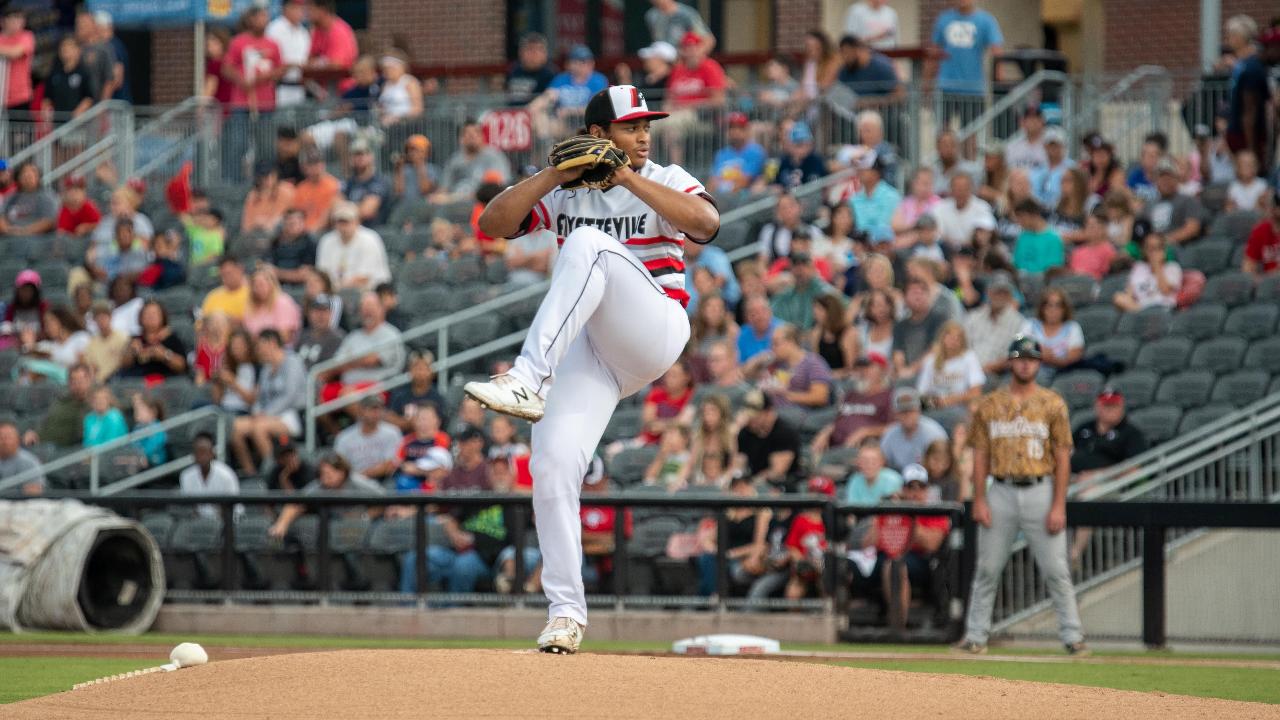 The Fayetteville Woodpeckers twice had the tying run at third, but never actually mustered up a score as the Wilmington Blue Rocks took home the Carolina League trophy for the first time in 20 years. Luis Garcia tossed six and 1/3 innings in his start for Fayetteville racking up 11 strikeouts, but the Fayetteville offense could not tally a run in the 2-0 loss. The Woodpeckers managed to knock nine hits in the contest but stranded seven runners and were held scoreless for the twentieth consecutive inning. Wilmington's Dennicher Carrasco homered to right field in the fourth and the Blue Rocks added an insurance run in the top of the ninth as Fayetteville ultimately finished their dazzling inaugural season just a game short of a title.

Luis Garcia started his day by pitching three scoreless frames, allowing just two baserunners thought the third. In the first Tyler Hill reached on an E6 and MJ Melendez knocked a single in the first, but both runners were left stranded thanks to Garcia. The Woodpeckers hurler retired two straight to start the fourth but then Dennicher Carrasco skied a home run over the right field wall to give Wilmington a 1-0 lead. It was the second bomb of the postseason for the Blue Rocks slugger and the 11th on the year. Garcia caught Melendez looking to end the frame, but the Blue Rocks did their damage heading into the bottom of the fourth.

The Fayetteville offense put their first runner in scoring position in the bottom of the second when knocks from Michael Papierski and Scott Manea singled back-to-back. However, Wilmington starter Rito Lugo had already sent two down in the frame, with the inning coming to an end on a 2-5 that caught Papierski trying to take third. Lugo allowed a two out single for the next two frames but held that runner still until the bottom of the fifth. In that frame, Miguelangel Sierra singled with one away, moving to third with two outs on a Jeremy Pena single. However, Cal Stevenson batted the breeze to end the frame and keep it 1-0 Wilmington. Fayetteville would once again got the tying run 90-feet away in the bottom of the eighth inning. With two gone, Blue Rocks reliever Josh Dye hit Cal Stevenson with a pitch and then allowed a single to David Hensley that moved the runner to third, but Chandler Taylor was fanned to end the frame.

Cesar Rosado pitched two scoreless frames in relief for the Woodpeckers leaving an insurance run stranded at third. However, the Blue Rocks tallied that insurance run in the top of the ninth against new Fayetteville arm Humberto Castellanos. With two away, Melendez walked coming home off a double to the right field homer smacked by Nick Pratto. The RBI for Pratto made it 2-0 Wilmington and put Fayetteville in need of a walk off to putt of the win.

Marty Costes knocked a leadoff single to right with Tad Ratliff on the mound, but a fly out and a double play ended the game with Wilmington pulling of the game five victory. The Blue Rocks were crowned kings of the Carolina League after stealing two, 2-0 wins in a row at Segra Stadium. Fayetteville finished the regular season 72-67, winning the second half in the South Division.

The Fayetteville Woodpeckers are the Advanced Single-A affiliate of the 2017 World Champion Houston Astros and play in their Inaugural Season at beautiful Segra Stadium in downtown Fayetteville. Segra Stadium, a $40 million state-of-the-art sports and entertainment venue, features space for over 5,200 fans, natural grass, a 25x70 LED video scoreboard, six luxury suites, four field boxes, the premium AEVEX Veterans Club level, Healy's Bar and outdoor party deck, a kid's zone, and more. With a rich history of baseball in the city of Fayetteville and Cumberland County, the Woodpeckers are thrilled to write a new chapter with their inaugural campaign on Hay Street. Fans are encouraged to visit FayettevilleWoodpeckers.com to purchase tickets, learn more about the team, and find out about upcoming events and promotions at the ballpark. Fans may also reach the Woodpeckers by visiting the BB&T Box Office in front of Segra Stadium, calling (910) 339-1989, or emailing woodpeckers@Astros.com.