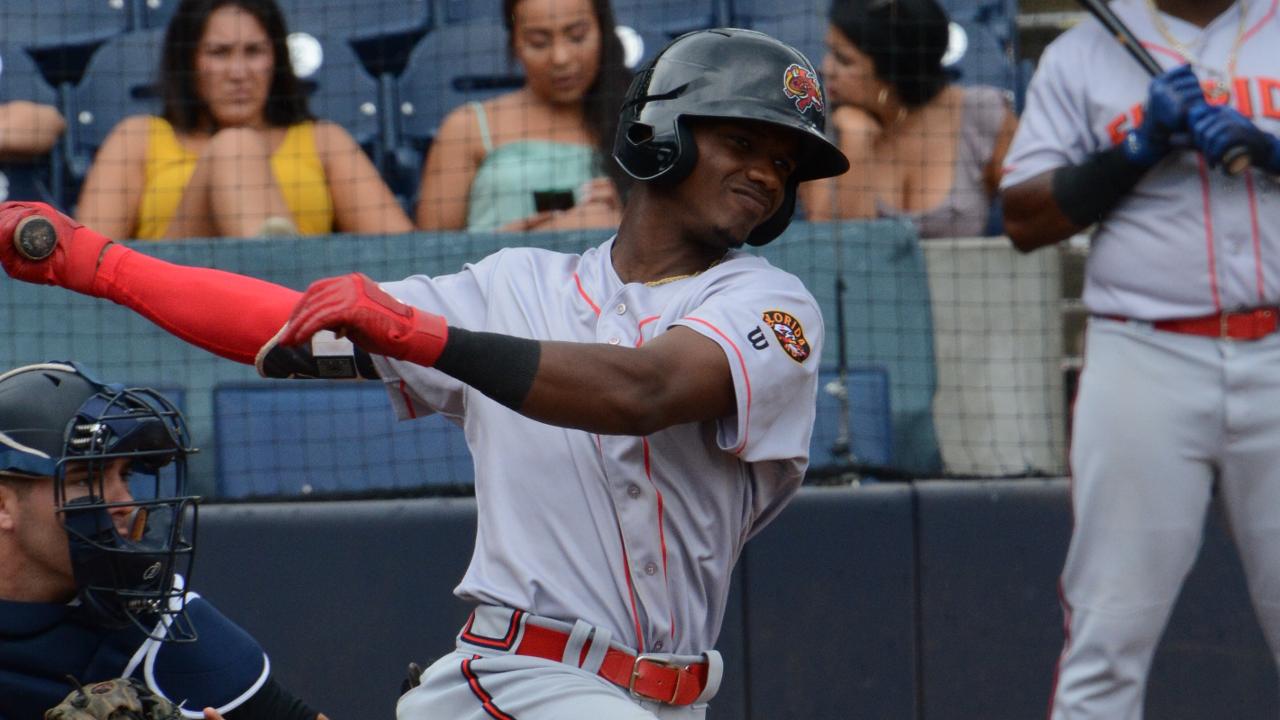 After pushing in the game-winning run for the Fire Frogs on Monday, Kevin Josephina drove in the tying run in Tuesday's tight loss to the Stone Crabs (Alan Green)

PORT CHARLOTTE, FLA.: Riley Delgado and Kevin Josephina helped the Florida Fire Frogs rally to tie it in the eighth, but the Charlotte Stone Crabs scored in the bottom half and secured a 4-3 win on Tuesday night at Charlotte Sports Park.

Withrow (3-3) was saddled with the setback, yielding just on earned run, two hits, and three walks across three innings of work.

The Fire Frogs sent eight to the plate in the eighth, plating three runs to erase a 3-0 deficit and tie the contest at 3. Garrison Schwartz and Shean Michel singled to start off the inning. Two batters later, Delgado scored both with a knock. Andy Wilkins drew a walk versus RHP Alex Valverde and Drew Lugbauer singled to set up Josephina, who swatted a sacrifice fly to send Delgado home and even the game.

Valverde (4-6) blew his third save chance of the season but still snuck away with the win, allowing four hits and three runs over six outs.

Delgado advanced his hitting streak to six by slashing 2-4. He has four multi-hit games as part of this current stretch.

Josephina was 2-3 with an RBI, bumping his hitting streak to four in the process. He has knocks in seven of his last eight assignments and has five multi-hit games during this span.

Charlotte started off hot with two quick first-inning tallies versus RHP Freddy Tarnok. After a Jake Palomaki singled started the threat, Wander Franco tripled him in. A sacrifice fly from Ronaldo Hernandez increased the Stone Crabs advantage to 2-0.

Franco, Minor League Baseball's top prospect, went 2-4 and has hits in 13 of his last 14 games. Palomaki turned in his second straight multi-hit effort of the series.

In addition to his sacrifice fly later in the contest, Hulsizer went deep in the fourth to extend the Stone Crabs margin to 3-0.

Tarnok received a no-decision, scattering six hits, three runs, four walks, and mixing in two Ks in a four-inning start. Rehabbing RHP Darren O'Day faced the minimum in the fifth and worked around a single in his second assignment since returning from injury.

RHP Stephen Woods Jr. racked up eight punch outs across five frames, giving up two hits and two walks while also not being a part of the decision. RHP Jack Labosky surrendered no runs and fanned four while tossing the sixth and seventh.

Lugbauer now has base hits in nine of his last twelve contests.