Banuelos' big day not enough in loss to St. Lucie

Catcher knocks in three in first game of twin bill 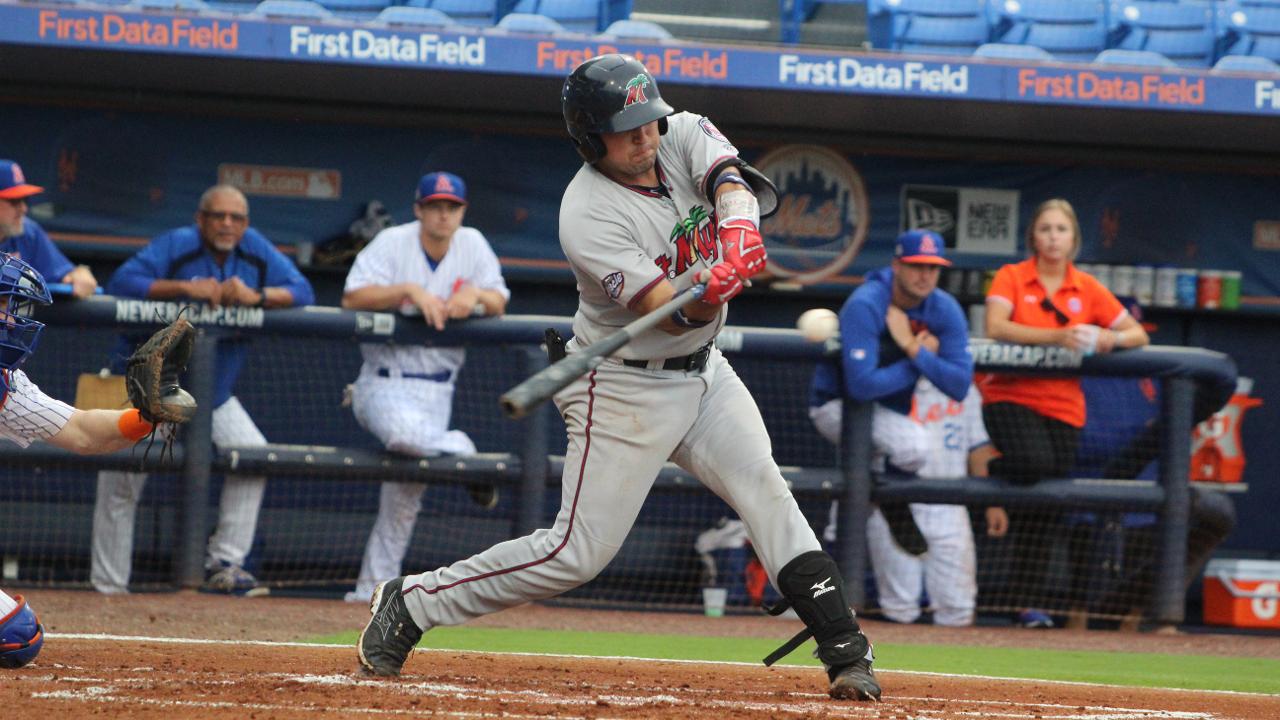 FORT MYERS, Fla. - David Banuelos drove in a season-high three runs, but the St. Lucie Mets pushed across three runs in the sixth inning to hand the Miracle a 7-4 loss in game one of a doubleheader on Tuesday night at Hammond Stadium.

Banuelos erased an early 2-0 hole in the second with a broken bat two-run single to left. Then in the fourth, he broke a 2-2 tie with a double that one-hopped the wall in left-center.

After the Mets tied the game in the top of the fifth, Trey Cabbage gave the Miracle a 4-3 advantage in the bottom of the frame with a run scoring double to right.

The Mets erupted for three runs in the sixth to take a lead they would not relinquish. With runners at second and third and one out, Blake Tiberi chopped a ground ball to second. Michael Davis attempted to cut down the tying run at the plate, but his throw went to the backstop, allowing two runs to score. St. Lucie added another run later in the frame to grab a 6-4 lead.

Wagner Lagrange finished off the scoring for the Mets with a seventh inning solo home run.

Cole Sands started for the Miracle and took a no-decision after surrendering three runs (two earned) in five innings. The right-hander walked two and struck out four.

Melvi Acosta (6-4) suffered the loss after surrendering three runs (two earned) in an inning of work.