Four Current and Former Miracle to Participate in Fall League 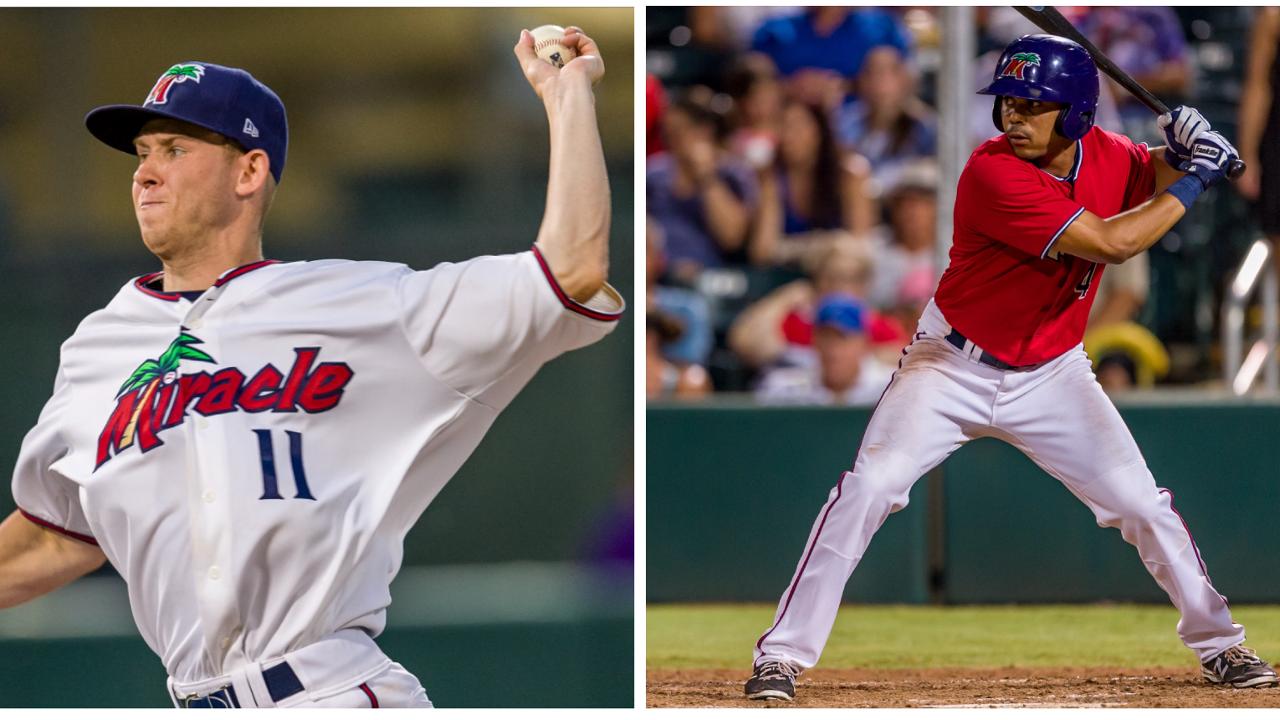 FORT MYERS, Fla. (August 30, 2017) - The Minnesota Twins have named three members of the active Fort Myers Miracle roster and one alum to their Arizona Fall League team. Chris Paul, Tom Hackimer, Tyler Jay and alum Lamonte Wade will all head to Arizona to compete for the Surprise Saguaros with the league beginning on October 10.

Paul was named a Florida State League Mid-Season All Star and has compiled a .332 batting average in 59 games. The 3B/1B/OF missed about six weeks with a hamate bone fracture that required surgery.

Hackimer has been lights out since being promoted from Cedar Rapids on May 27. The sidearmed right-hander has converted all six of his save opportunities while boasting a 2.04 ERA in 26 relief appearances. He has also surrendered just 19 hits in 35.1 innings while striking out 41.

Jay has missed most of the season due to injury, amassing just 7.2 innings as of Wednesday. The sixth overall pick of the 2015 draft will get an extended look at elevated competition in October.

"The 30 Major League organizations have assigned an array of promising prospects to the Arizona Fall League as always," AFL director Steve Cobb said. "Approximately 60 percent of them will reach the Major Leagues. Fans can enjoy watching the next big leaguers from the comfort of six of Arizona's state-of-the-art Spring Training stadiums."

The AFL is owned and operated by MLB and plays a Monday-Saturday schedule. The championship game will be played on Saturday, Nov. 18, at Scottsdale Stadium. The 12th Fall Stars Game is scheduled for Saturday, Nov. 4, at Salt River Fields. Game times are 12:35 p.m. and 6:35 p.m. MT, with some noted exceptions in the schedule.

To stay up to date on upcoming promotional nights, follow the Miracle online at Miraclebaseball.com or through social media; Twitter: @MiracleBaseball, Instagram: fortmyersmiracle, Facebook: Fort Myers Miracle, Snapchat: ftmyersmiracle. To purchase tickets, visit MiracleBaseball.com/tickets. For further information or questions regarding the 2017 25th Anniversary Season, call the Miracle offices at (239) 768-4210.