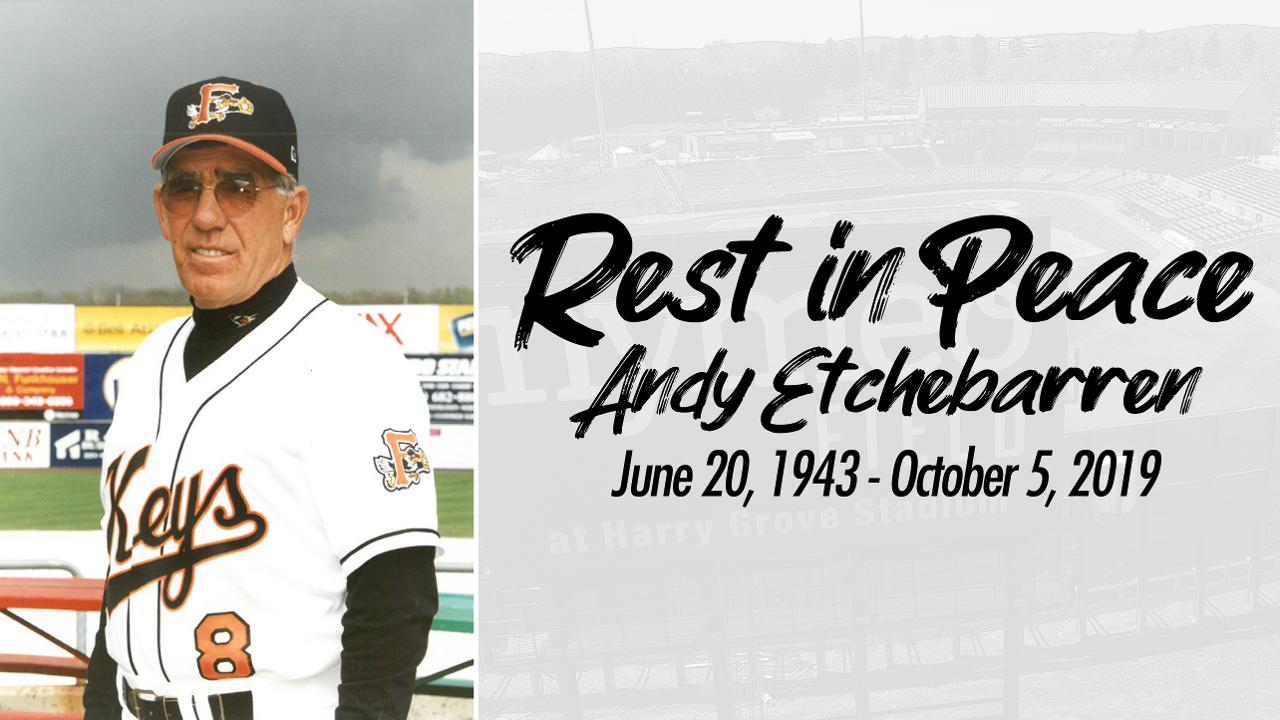 FREDERICK, MD -On Saturday, former Frederick Keys Manager and Orioles great, Andy Etchebarren passed away. He was 76 years old. In addition to enjoying a 15-year MLB career, Etchebarren spent time as a coach at the major league and minor league levels.

Outside of his time with the Keys, Etchebarren served as the manager for the Double-A Bowie Baysox, Short-Season Aberdeen IronBirds and Triple-A Rochester Red Wings. At the MLB level, Etchebarren was the bench coach for the Orioles from 1996-97. He concluded his coaching career as the leader of the independent York Revolution.

As a player, Etchebarren spent 15 years in the Major Leagues, with 12 of those coming as a member of the Orioles. He contributed to Baltimore's first World Series team in 1966 as well as the 1970 championship team.

Known for his defensive skills behind the plate, Etchebarren was an American League All-Star in 1966 and 1967. He was the last Orioles rookie to make an all-star team until John Means (a former Keys pitcher) accomplished the feat this season.