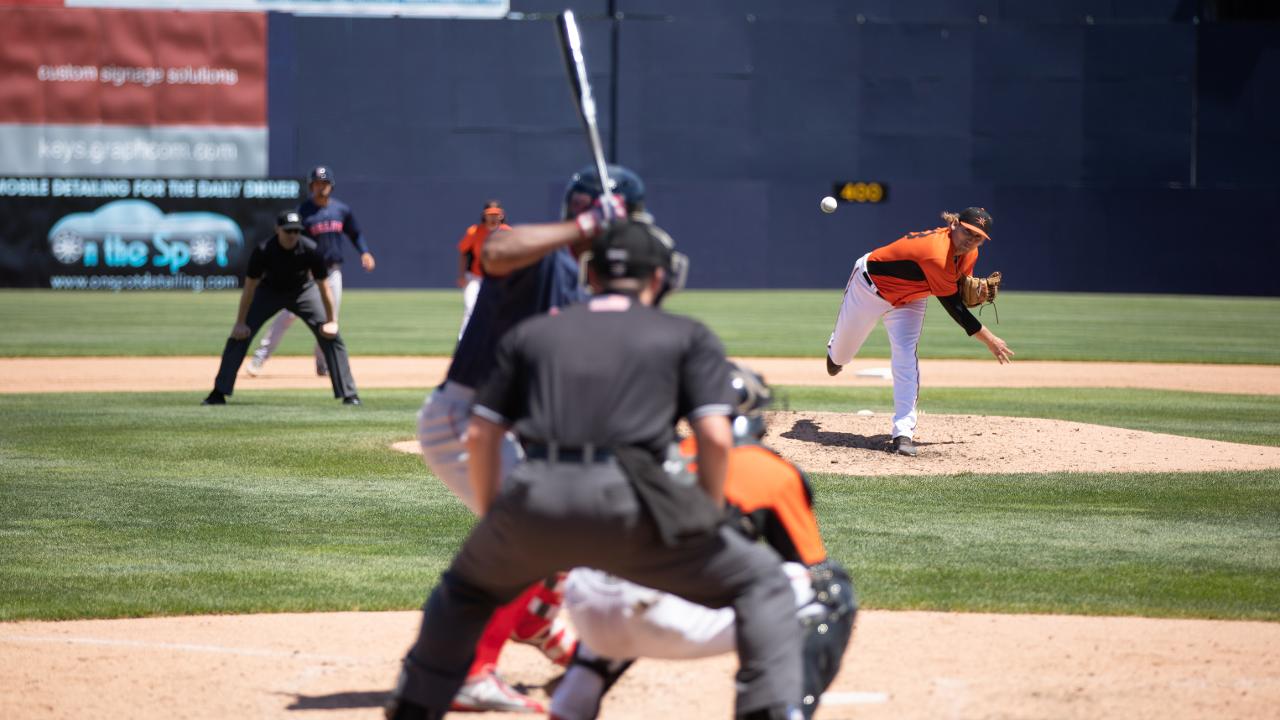 SALEM, VA - The Frederick Keys (18-31, 47-71) were pummeled 11-3 by the Salem Red Sox (29-21, 54-63) on Tuesday evening at Haley Toyota Field. Pedro Castellanos crushed a pair of home runs, including a two-run shot in the first inning to put the Red Sox up 2-0. They never looked back, as they scored multiple runs in five innings fueled by seven extra-base hits. The Keys offense tallied 10 hits but left 11 on-base.

After a rough start to his outing, Cameron Bishop (1-9) started to rebound. He set the Red Sox down in the third and struck out the side in the fourth. He took the mound to start the fifth but was met by Castellanos, who slugged his second home run of the night to lead off the inning.

That put the Red Sox ahead 5-2 and things tumbled from there. Keith Curcio hit a double to right-center field and after allowing a walk, Bishop was pulled. Reed Hayes came in relief and struck out the first batter he faced but then gave up an RBI single to Nick Sciortino to make it 6-2.

The Keys fought back in the sixth. With two on and two-out, Daniel Fajardo fouled off several pitches before he laced a double that scored a run to cut the lead to 6-3.

Hayes, however, struggled in the bottom half of the inning. He walked three batters and allowed two more to score.

Tyler Joyner came in during the eighth and struck out the side. He struck out all three in the ninth as well but allowed four hits that scored three runs, including a two-run double from Edgar Corcino.

Garrett Benge also knocked home a pair of runs after hitting a triple to put the Red Sox up 4-0 in the second inning. The Keys were able to scratch across single runs in the second and third with the help of three errors but went 2-for-11 with runners in scoring position down the stretch.

Enmanuel De Jesus (7-9) picked up the win. He allowed three runs (one earned) on eight hits and struck out seven.

Bishop was charged with the loss after allowing six runs on seven hits while he walked four and struck out four.

The Keys and Red Sox play the middle game of a three-game set on Wednesday, August 14. RHP Blaine Knight (1-9, 5.63) takes the mound for Frederick against RHP Dylan Thompson (5-8, 6.01) for Salem. First pitch is scheduled for 7:05pm with pregame coverage starting at 6:50pm on the Tune In app and frederickkeys.com.