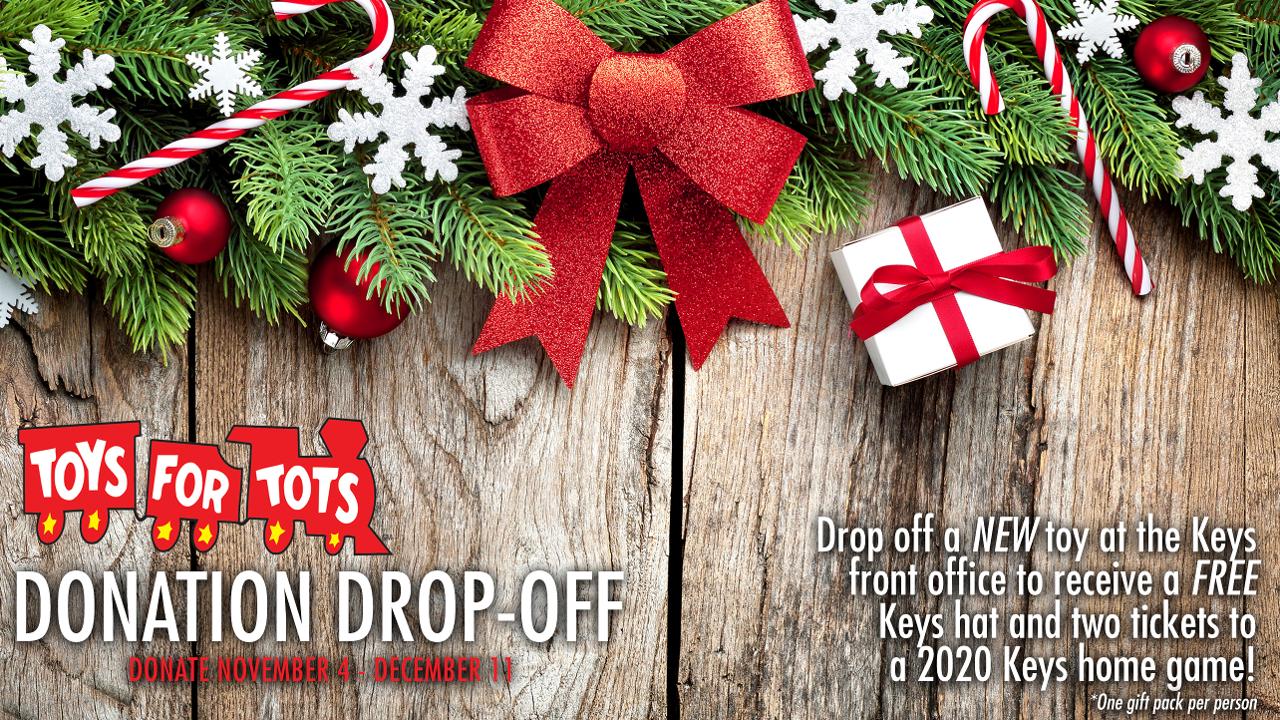 FREDERICK, MD - For the eighth straight year, the Frederick Keys are partnering with the Toys for Tots Program. Starting on November 4, the Keys will be collecting new and unwrapped toys which will then be handed out to less fortunate children on Christmas Day. This year's Toys for Tots Drive runs through Wednesday, December 11.

"Everyone deserves to have a great Christmas and that's we are excited to continue our partnership with Toys for Tots," said Frederick Keys Director of Marketing Erin Lawson. "Last year's support from our fans and community members was awesome and we are excited to help out local children again in 2019."

One of Frederick County's top donation destinations, Nymeo Field will be open for drop off from 9 a.m.-5 p.m. Monday-Friday. To drop of a toy(s) fans should visit the main office (adjacent to the main stadium gates). Anyone who makes a contribution will receive a Keys hat and a pair of tickets to a game in 2020. Prize packs are awarded one per person.

Fans will also be able to bring toys to the Keys Holiday Event on Saturday, December 7 which runs from 10 a.m.-1 p.m. This event will include a CooKEY contest, a chance to meet Keyote Claus and much more. Further details about this event will be announced at a later date.

In 2018, 25,405 toys were distributed to children across Frederick County, supporting over 3,600 children. Toys for Tots began in 1947, while there are more than 150 Marine reserve sites as well as more than 800 local Toys for Tots programs across the country.