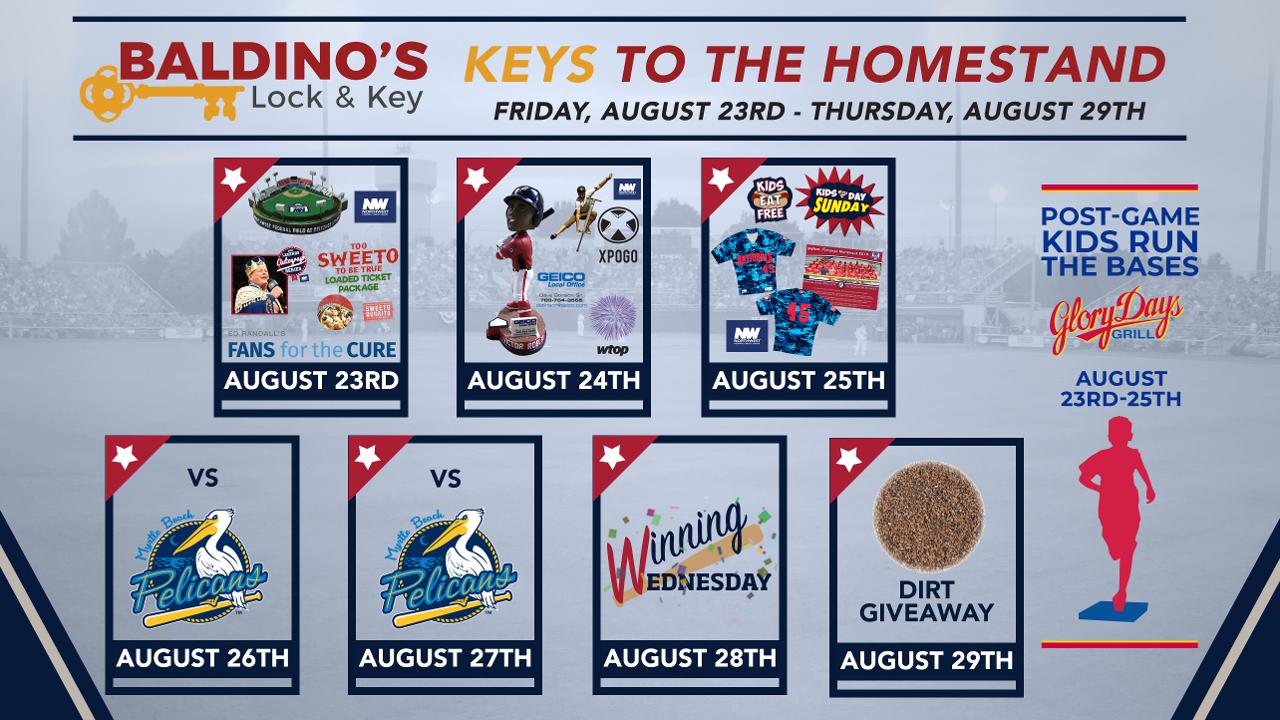 Come see the final seven P-Nats games at Northwest Federal Field at Pfitzner Stadium! The homestand begins next Friday, August 23rd, and features nostalgic giveaways, the last bobblehead of the season, a performance by the XPogo Stunt Team, the military appreciation jersey auction and one final fireworks show.

The P-Nats face the Winston-Salem Dash (Chicago White Sox) for the first three games, followed by a four-game set against the Myrtle Beach Pelicans (Chicago Cubs).