Bigley Announced as Voice of the RoughRiders 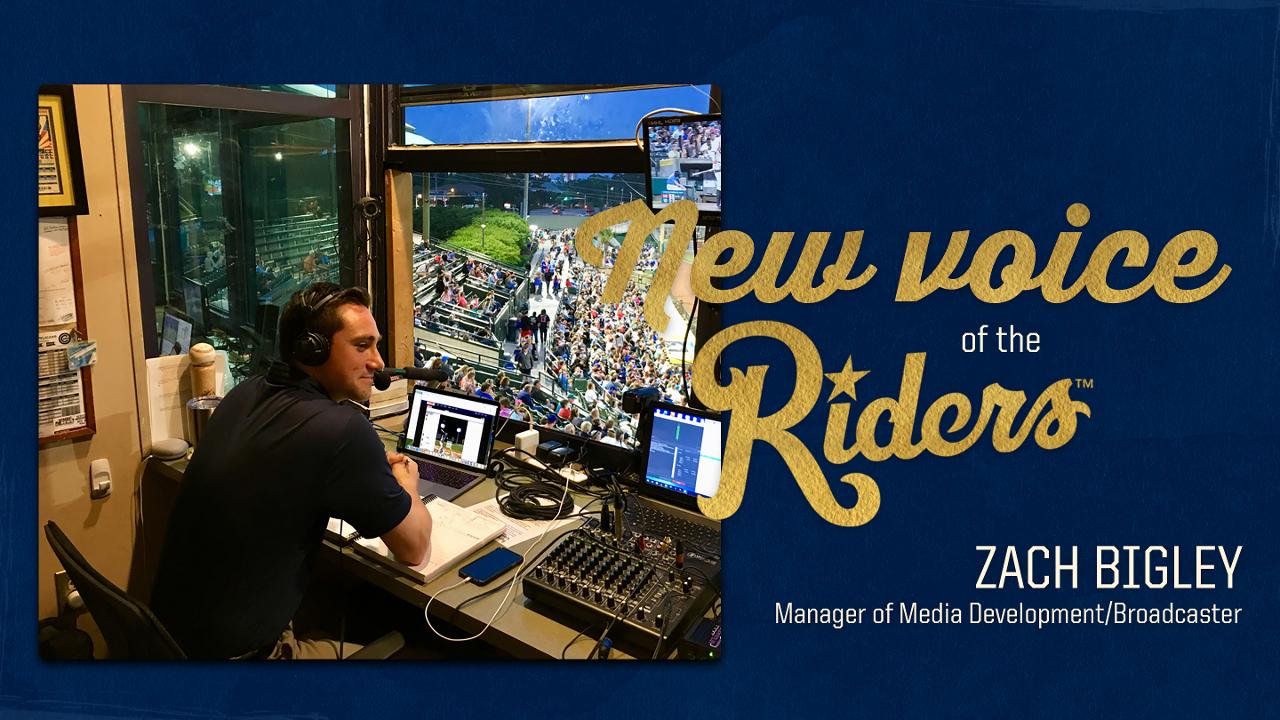 FRISCO, Texas (November 11, 2019) - The Frisco RoughRiders are pleased to announce that Zach Bigley has been named the new Manager of Media Development/Broadcaster. Bigley will broadcast RoughRiders games on both radio and television as well as serving as the club's primary liaison with the media and front office.

Bigley, 24, spent last season as the Broadcaster and Media Relations Manager for the Myrtle Beach (S.C.) Pelicans, the Class A-Advanced affiliate of the Chicago Cubs, of the Carolina League. The Pelicans are a sister franchise of the RoughRiders as part of the Greenberg Sports Group, led by Frisco CEO and General Partner Chuck Greenberg.

A native of Eugene, Oregon, Bigley served as the lead broadcaster in 2019 with the Pelicans after holding the assistant role in 2018. Prior to his time in South Carolina, he was the Broadcast and Media Relations Assistant with the Rancho Cucamonga Quakes, the Class A-Advanced affiliate of the Los Angeles Dodgers of the California League.

"We are thrilled to have Zach as a new member of our team," Frisco General Manager Andy Milovich said. "Having worked with Zach when we were both with Myrtle Beach in 2018, I am confident that he will be able to continue the wonderful tradition of excellent play-by-play broadcasters in Frisco. Along with his on-air talent, he brings the ability to help create exceptional content across all of our platforms which fans will certainly enjoy."

Along with working for the RoughRiders, Bigley provides play-by-play and hosts coaches shows locally for the McKinney Independent School District during the football and basketball seasons on 97.5 KLAK.

"I truly cannot wait to get started with the RoughRiders," Bigley said. "Across Minor League Baseball, Frisco is regarded as one of the best franchises in the sport while residing in the incredible DFW area. I am deeply passionate about baseball, telling stories and connecting with fans and media members alike, so I know this will be a perfect fit. Words cannot express my gratitude toward Chuck Greenberg and Andy Milovich for giving me this opportunity to contribute to a franchise which has already proved to be the top of the line. It is also an honor to continue the amazing work of those who have held this position before me, including Ryan Rouillard, who is a close friend of mine as well as a mentor."

Before joining the Minor League Baseball ranks, Bigley served as the Broadcaster and Media Relations Coordinator for the Walla Walla Sweets (West Coast League, Collegiate Summer Baseball) and was a Sports Director for the campus radio station, KWVA, at the University of Oregon. There, while majoring in journalism and minoring in history, he hosted weekly talk shows and provided play-by-play for Oregon football, volleyball, softball and acrobatics and tumbling while also broadcasting local high school football and basketball.

Fans can tune in to Bigley during RoughRiders games, all of which can be heard at RidersBaseball.com and on the TuneIn Radio App as well. Fans can watch all Frisco home games with live streaming video and a simulcast of the radio broadcast on MiLB.tv (subscription required).

Further information about the 2020 season, including ticketing information and the promotional schedule, will be unveiled in the coming weeks and months. For more information, visit RidersBaseball.com.