Industry vet brings more than 25 years of experience to Frisco 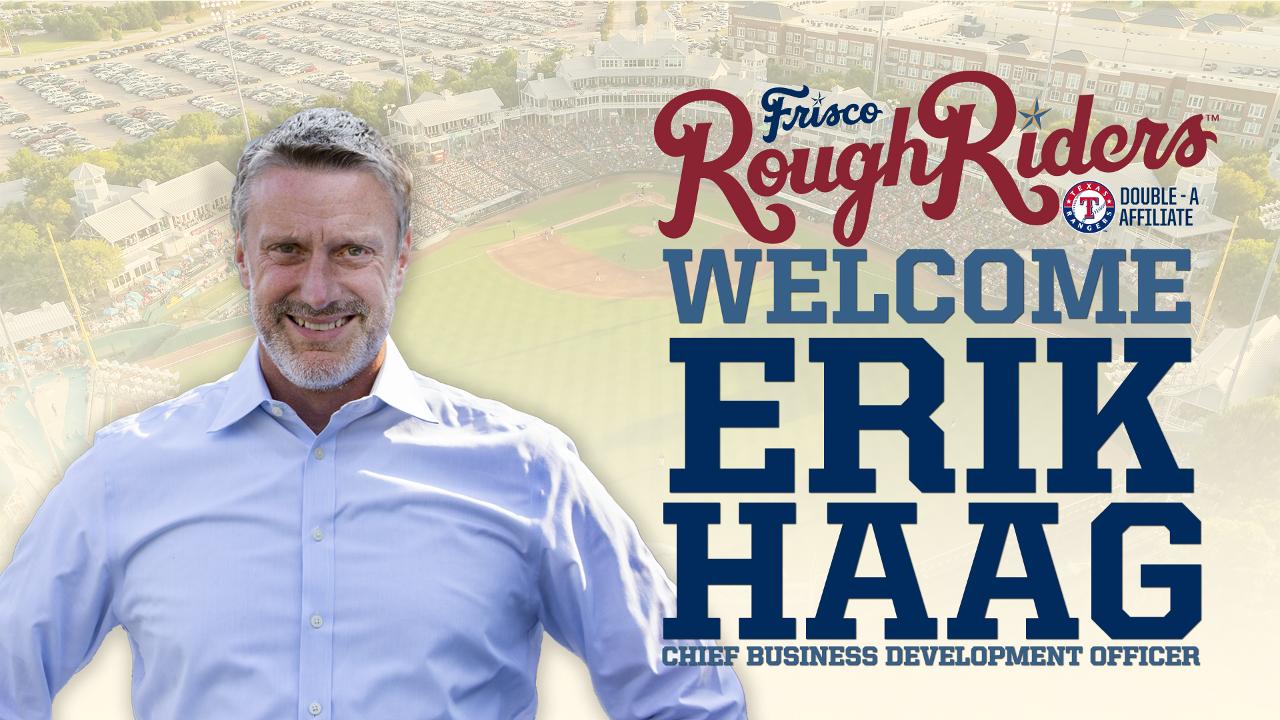 Haag brings more than 25 years of experience in the sports and entertainment industry to the RoughRiders, including stops with several Minor League Baseball franchises, the NBA, Total Sports Entertainment, Inc., and Notre Dame Sports Properties. He is also a partner of the Blackthorn Operating Group.

"With Erik's vast experience and success in the realm of corporate partnerships, the opportunity to add him to our team was too enticing to resist," Riders President and General Manager Andy Milovich said. "Erik recognizes the roles sports play in becoming part of the fabric of our community. He has the experience and ability to build the creative partnerships that connect the RoughRiders and our partners to the community in the way only minor league baseball does. I have no doubt he will flourish."

Haag and the RoughRiders are already hard at work preparing for the 2020 season, which begins April 16 at Dr Pepper Ballpark. The full schedule and ticketing information for next season will be revealed soon.