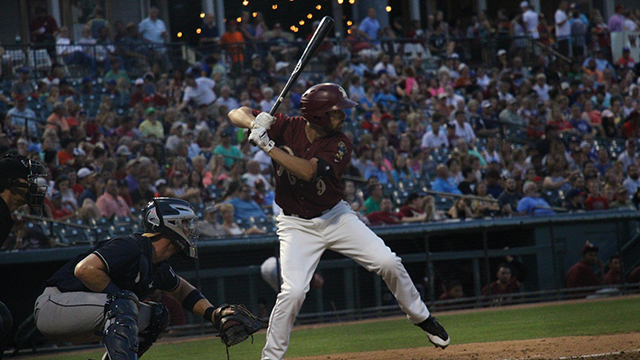 CORPUS CHRISTI, Texas (June 23, 2017) - Michael O'Neill and Michael De Leon teamed up to drive in the game-tying and go-ahead runs in the sixth inning, vaulting the Frisco RoughRiders, the Double-A affiliate of the Texas Rangers, to a come-from-behind 3-2 win over the Corpus Christi Hooks Friday night at Whataburger Field.