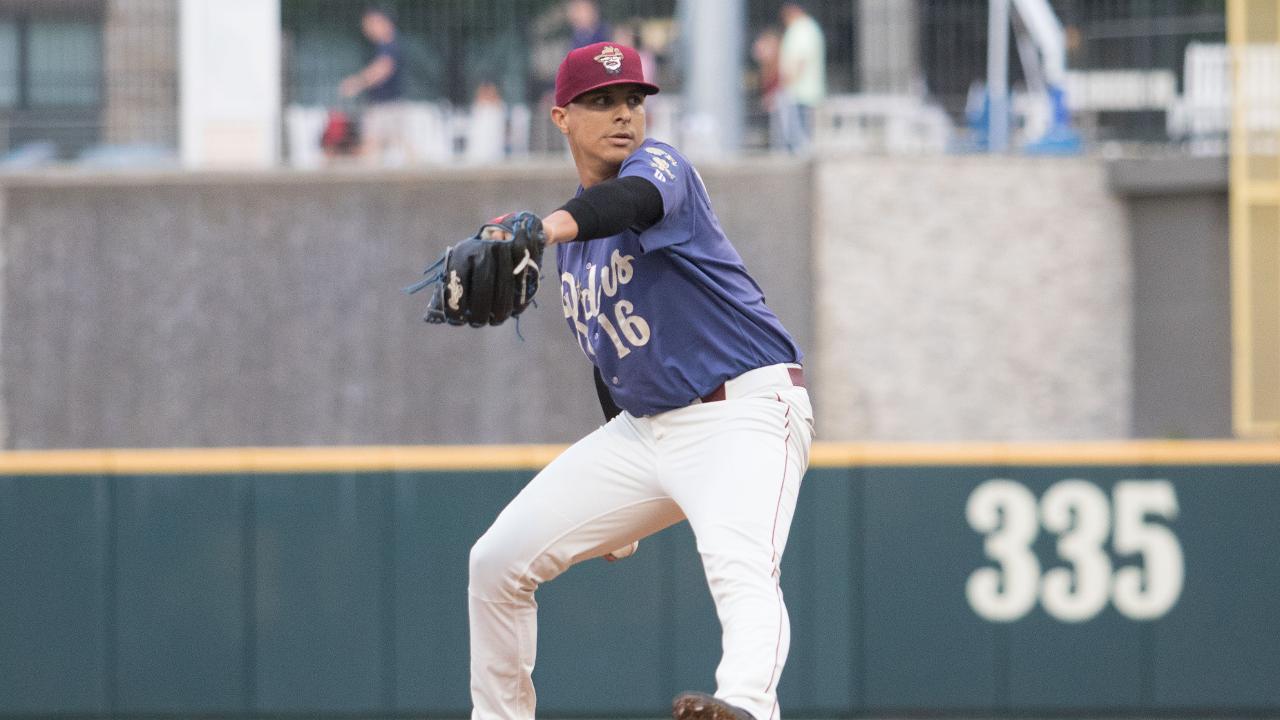 SPRINGDALE, Ark. (Aug. 31, 2019) - After a tough loss in game one of a doubleheader, the RoughRiders routed Northwest Arkansas 9-0 in the second game to split the twin bill with the Naturals Saturday.

GAME ONE - NW Arkansas 7 Riders 1
* The Riders took a 1-0 lead in the third on a squeeze bunt from Yonny Hernandez before the Naturals scored the game's final seven runs.
* Hernandez and Ryan Dorow each finished with two hits in the loss.

GAME TWO - Riders 9 NW Arkansas 0
* The Riders plated four runs in the first and five more in the third to jump out to a comfortable 9-0 lead.
* Starter Emerson Martinez tossed five scoreless innings and allowed just one hit to earn the win as part of a combined one-hit shutout of the Naturals.