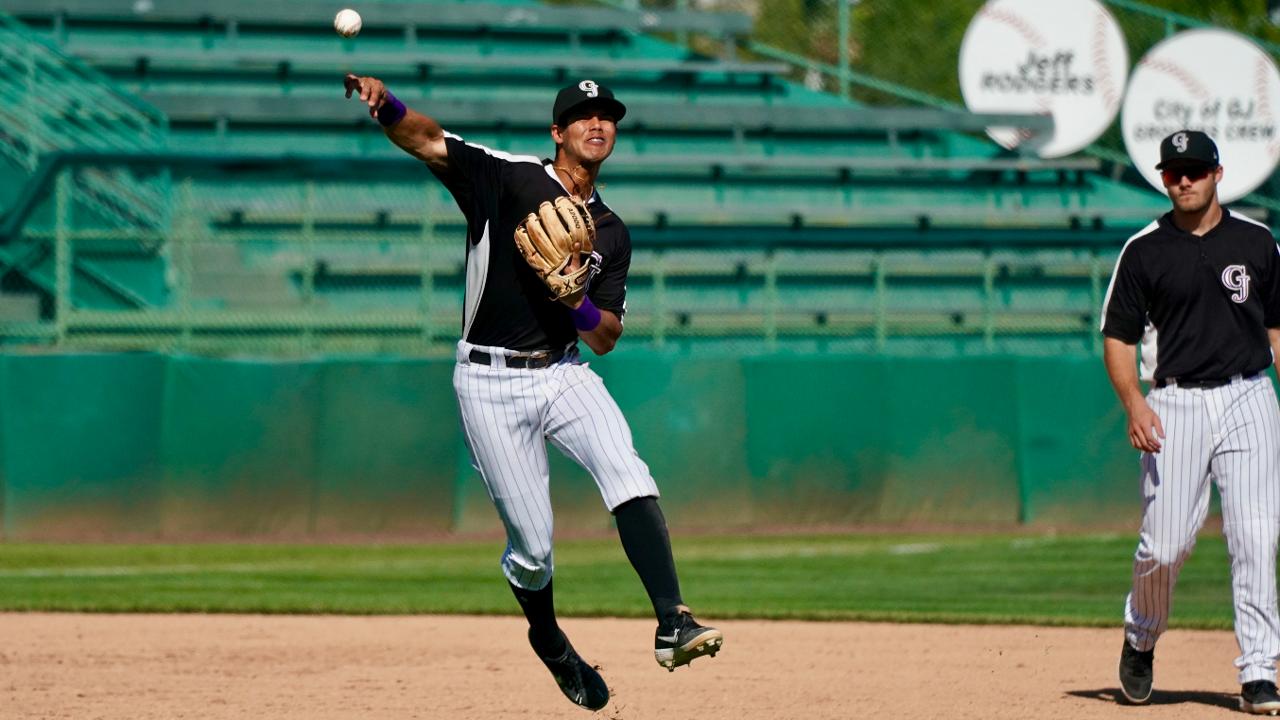 The Rockies lost for just the second time in twelve games on Wednesday as they fell to the Vibes 6-3 at UCHealth Park.

Rocky Mountain grabbed the lead first-ending GJ's streak of ten games in which they were the first team to score-with an RBI single from Alex Hall.

In the third, Cayden Hatcher was tagged for two more thanks to a deep sac-fly from Nick Egnatuk and a run-scoring single from Carlos Rodriguez making it 3-0.

Grand Junction eventually got on the board in the middle innings on Bladimir Restituyo's single that scored Owen Taylor and then Jacob Barnwell as Restituyo drew a throw to second and then scampered back to first allowing the Rockies' catcher to sneak in without a throw.

However, Rocky Mountain immediately regained the three-run lead as it took advantage of Boby Johnson's balk and wild pitch to push the score to 5-2 in the bottom of the fifth.

A pair of wild pitches allowed Rocky Mountain to get another in the sixth and GJ to get one in the seventh, but Jose Para pitched a scoreless eighth and ninth to secure his first save of the season and his team's 6-3 win.

Abner Uribe got the win for the Vibes with two shutout frames while Cayden Hatcher took his fourth loss of the season after going just 2.1 innings and allowing three earned.

The Rockies will return to UC Health Park tomorrow for game three-neither team has announced a starter.