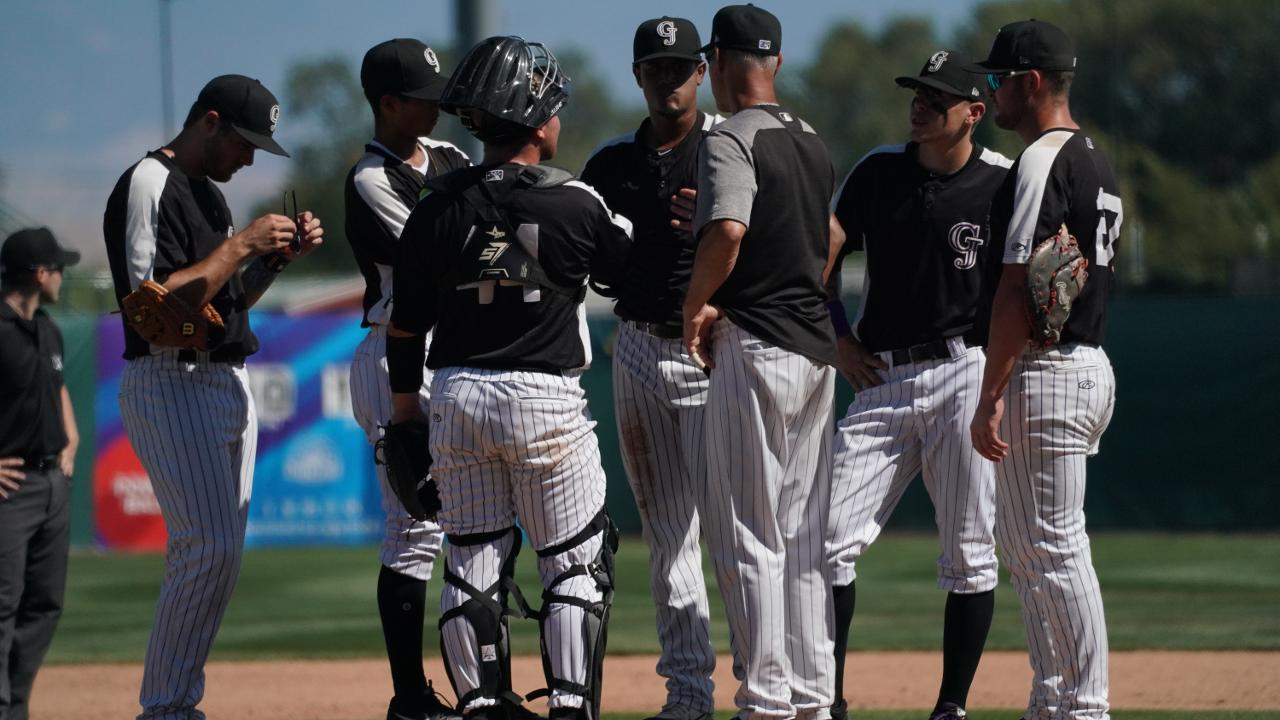 Grand Junction's 2019 season came to an end on Monday as they fell to Ogden in ten innings by a score of 6-5.

Both teams pushed across runs in the first inning as Pioneer League MVP Colin Simpson brought in a run with a sac-fly while Ogden took a 2-1 lead on RBI from Zac Ching and Imanol Vargas.

The Rockies jumped for two more in the next inning and chased Raptors' starter Jeronimo Castro on a run-scoring double by Julio Carreras and an RBI single from Ezequiel Tovar to claim a 3-2 advantage.

In the fifth, Andy Pages struck for two with his first playoff home run-a two-run bomb to left center that put his team on top by one, 4-3.

The offense ceased until the eighth when Ronaiker Palma converted on a game-tying RBI single in the top half but Sauryn Lao's solo shot off of Gavin Hollowell kept Ogden on top 5-4. However, Tank came through again for GJ in the top of the ninth and rifled the equalizing RBI double to left center to send the game to extras knotted up at 5-5.

After the Rox failed to score in the top of the tenth, the Raptors put men on the corners with two outs and scored the game-winning run when Jorbit Vivas crossed the plate as Tovar failed to handle Ramon Rodriquez's groundball.

Despite blowing a save, Reza Aleaziz got the win for Ogden with two innings of work while Eric Hepple took the loss with an unearned run over 0.2.

As Ogden waits for the conclusion of the North Division Championship, Grand Junction finishes the season 38-36 overall and 0-2 in the 2019 postseason.