Great Falls Loses 3 of 4 to the Chukars 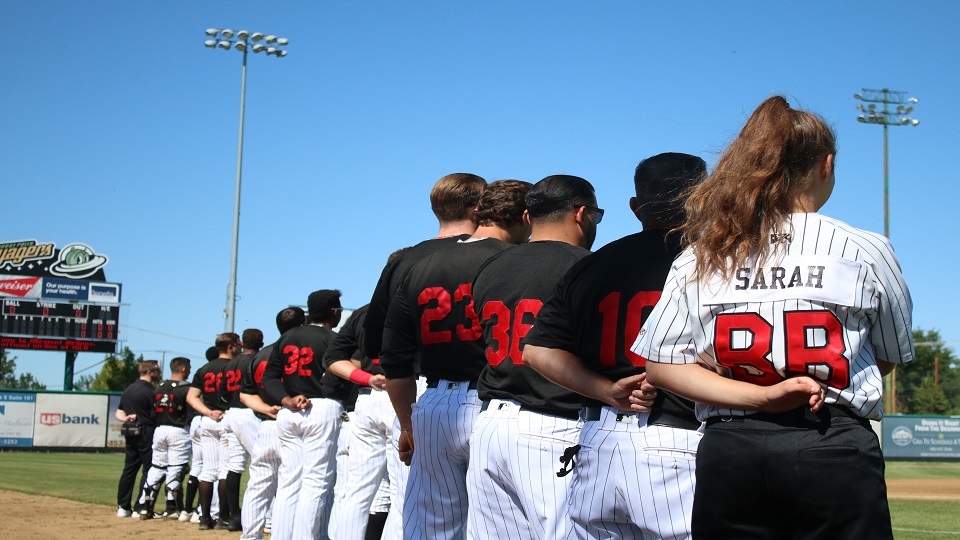 Idaho Falls, ID-The Voyagers managed only three base hits and were shut out for the second time in the series as the Chukars took home a 7-0 victory in the season finale Saturday night at Melaleuca Field.

Idaho Falls scored early and often to set the tone. Tyler Tolbert and Kember Nacero led off the bottom of the first with infield singles. Jimmy Govern then drove them both in with a double for a 2-0 lead after one. The Chukars plated four more runs in the second for a 6-0 cushion. Eight men batted in the inning. Nacero produced an RBI double and Rhett Aplin had an RBI single. The final run of the night came across in the seventh.

On the mound, Bryar Johnson posted his longest outing of the season for the victory. Johnson (2-3) lasted seven innings and struck out a season-high eight with no walks. Avery Weems took the loss in a one-inning start. Weems (4-3) allowed two earned runs on three hits with one strikeout.

The Chukars banged out 13 base hits. Kember Nacero led the way with a 3-for-4 night. Nacero had one RBI and two runs. Tyler Tolbert and Isaiah Henry each had two hits. Joshua Rivera, Lency Delgado, and Sam Abbott had the Voyager hits in defeat.

Great Falls will open up the 2020 regular season next June. For 2020 Voyagers season tickets and promotional information, call 406-452-5311 or visit www.gfvoyagers.com.