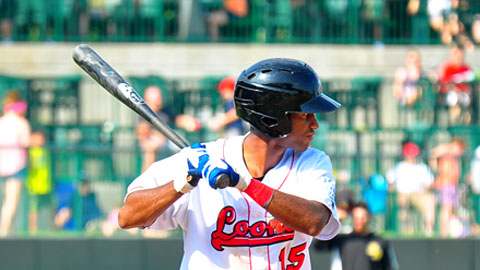 The Silver Hawks took the first two games in the series, 3-0 and 5-1, to secure a sweep. They will face Fort Wayne in the Eastern Division Finals. The TinCaps also had a series sweep in the first round matchup, winning two games against the Bowling Green Hot Rods. That series begins Saturday in Fort Wayne.

The Loons ended their season with a 67-72 overall regular season record, but went 40-29 in the second half to gain a second-half wild card berth in the playoffs. It was the Loons third playoff berth in their seven-season franchise history.

Shipley limited the Loons to just one unearned run over seven innings. Trailing 1-0 in the third, Leo Rodriguez singled to begin the inning. Robbie Garvey and Jeremy Rathjen followed with sacrifice bunt attempts, but Shipley mishandled Garvey's bunt and threw wildly to third on Rathjen's attempt to load the bases with none out. Aaron Miller grounded to second base to drive in the Loons first run to tie the score, 1-1.

The Silver Hawks drove in the go-ahead run in the fourth. With one out and runners at the corners, Michael Perez grounded out to Tyler Ogle at first base to drive in a run.

One inning later, Socrates Brito slugged a two-run home run to put the Silver Hawks up, 4-1. In the sixth, Perez drove in another run on another infield groundout, this time to second base.

The Loons begin next season with a four-game series at Fort Wayne on April 3, 2014. The games will be broadcast on the flagship home of Loons Baseball, ESPN 100.9-FM, as well as ESPN1009.com.

The Great Lakes Loons have wrapped up their seventh year as a Single-A partner of the Los Angeles Dodgers in the Midwest League. For tickets and more information about the Loons, visit Loons.com or call 989-837-BALL.