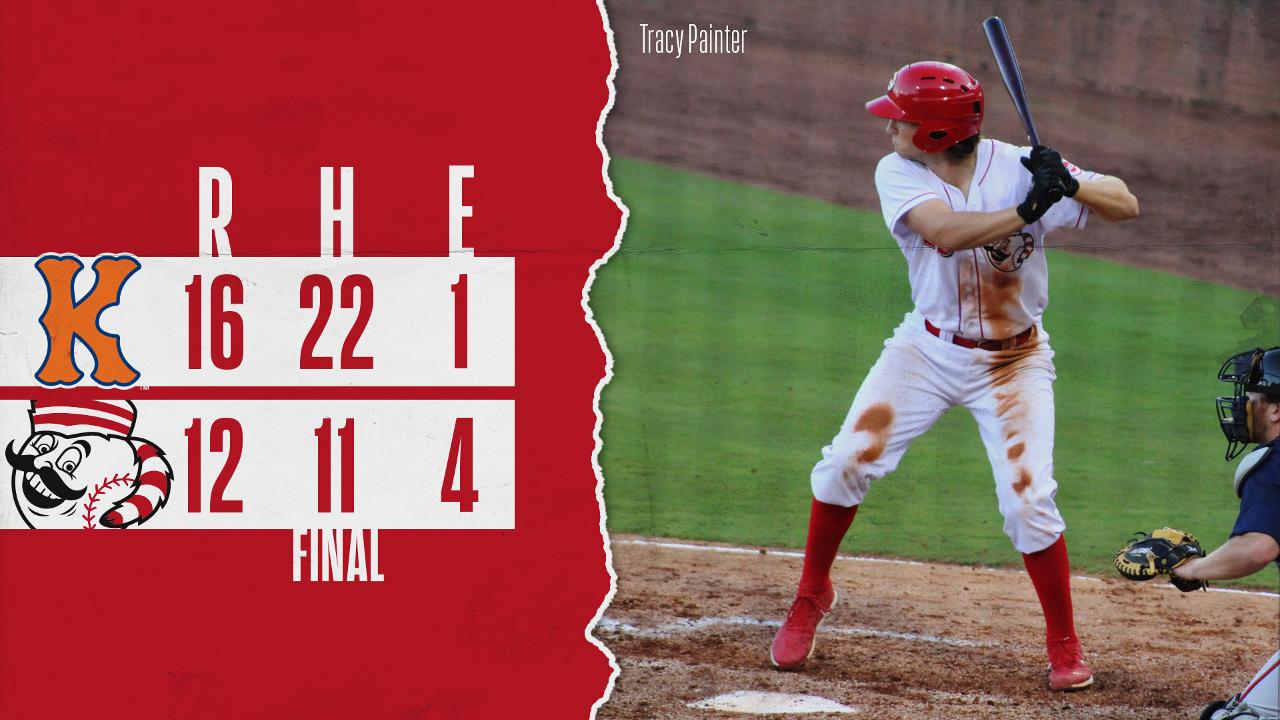 GREENEVILLE, TN - The Greeneville Reds (23-36) fell in a slugfest to the Kingsport Mets (30-31) 16-12 at Pioneer Park Wednesday night. Greeneville led 9-1 after four, and 10-4 after six, but Kingsport scored eight in the seventh en route to the win.

The first seven Reds to come to the plate in the game reached. Tyler Callihan's bases loaded RBI-single started the scoring. Carlos Reina and Jose Tello walked back-to-back with the bases loaded to extend the lead to 3-0. Danny Lantigua then hit a two-run double, and scored on Ranser Amador's RBI-single.

Sebastian Espino hit a two-out, RBI-single to put Kingsport on the board in the second. Garrett Wolforth hit a one-out, solo home run to center field in the bottom of the inning to extend the Reds lead to 7-1. Callihan then drew a walk, and came into score on a wild pitch with Tello at the plate. Tello was hit by a pitch, and scored on Lantigua's two-out RBI-triple.

In the fifth, Andres Regnault hit a two-out, two-run single to cut the Mets deficit to 9-3. Anthony Diorcie's two-out RBI-double in the sixth cut the deficit to five. In the bottom half, Wolforth hit a two-out, solo home run to right to put the Reds back up six.

Kingsport sent 13 to the plate in the seventh and scored eight runs. The first three scored on Gregory Guerrero's three-run home run to center field. After a one-out walk and an error, Francisco Alvarez and Jaylen Palmer hit back-to-back RBI- singles to cut the deficit to one. Alvarez came around to score the tying run on a wild pitch. Regnault and Guerrero rounded out the innings scoring with RBI-singles.

The Mets scored three more in the eighth. Regnault drove in two with a double, and scored on Cristopher Pujols' two-out RBI-double. In the ninth, Alvarez hit a two-out, RBI-single to extend the Mets lead to 16-10. Tello hit a two-run home run to left center field in the bottom half to round out the scoring.

The Reds and Mets conclude their series with Thirsty Thursday at Pioneer Park. First pitch between RHP Spencer Stockton (1-0, 2.00) and RHP Junior Santos (0-4, 3.78) is scheduled for 6:30 PM.