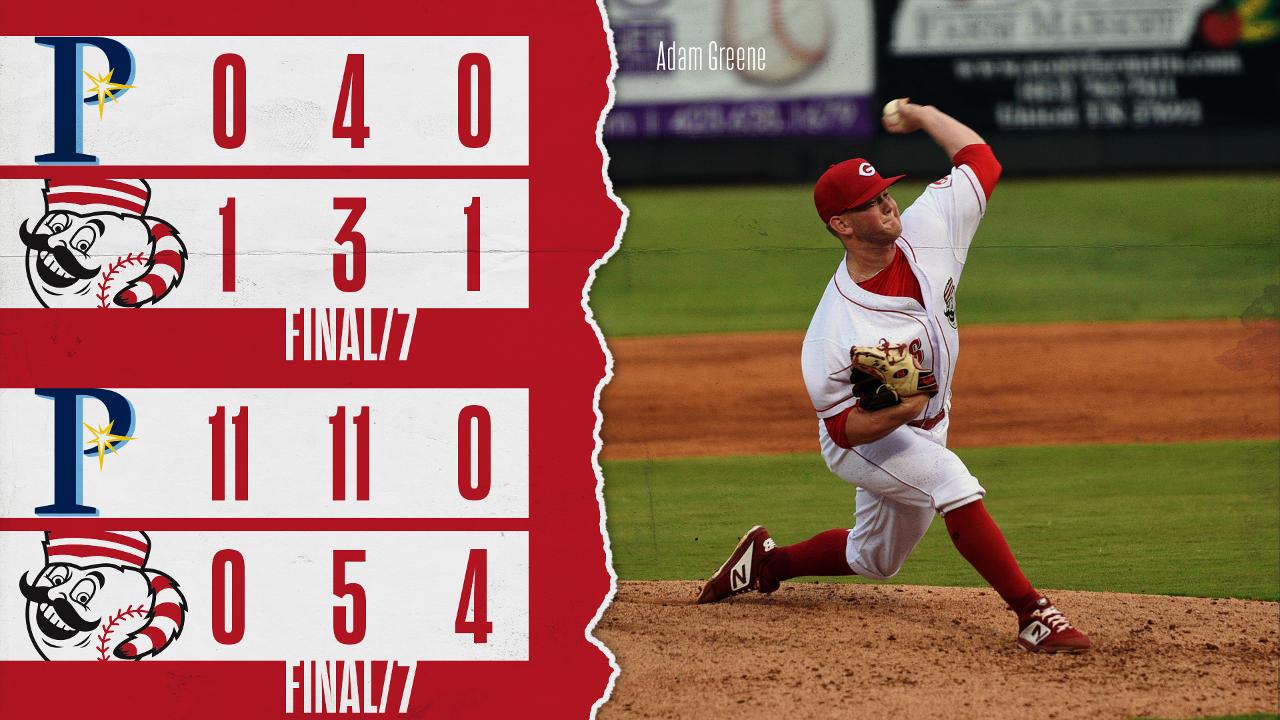 Pucheu allowed four hits in his first start with Greeneville. He walked one and struck out nine over seven innings. Jose Tello's two-out solo home run to left center field in the fifth off RHP Bryan Herrera (L, 1-3) was the difference in game one.

RHP Jake Gilbert (L, 0-3) struck out the side in the first inning of game two. In the second, Jhosner Vargas hit a two-out RBI-single off Gilbert to start the scoring.

Princeton sent 11 to the plate in the third and scored five times. Abiezel Ramirez and Jake Guenther both scored on a dropped third strike with two-outs. Yunior Martinez, Dawson Dimon, and Vargas followed with three straight RBI-singles.

In the fourth, Martinez hit a sacrifice fly and Dimon drove in one with a double to extend the lead to 8-0. Gionti Turner hit an RBI-single with two outs in the fifth, and two pitches later, Martinez's two-run single rounded out the scoring.

The Reds and Rays continue their series at Pioneer Park Saturday night, with first pitch coming at 6:30 PM. The first 750 fans through the gates Saturday will receive a Yasiel Puig Bobblehead.