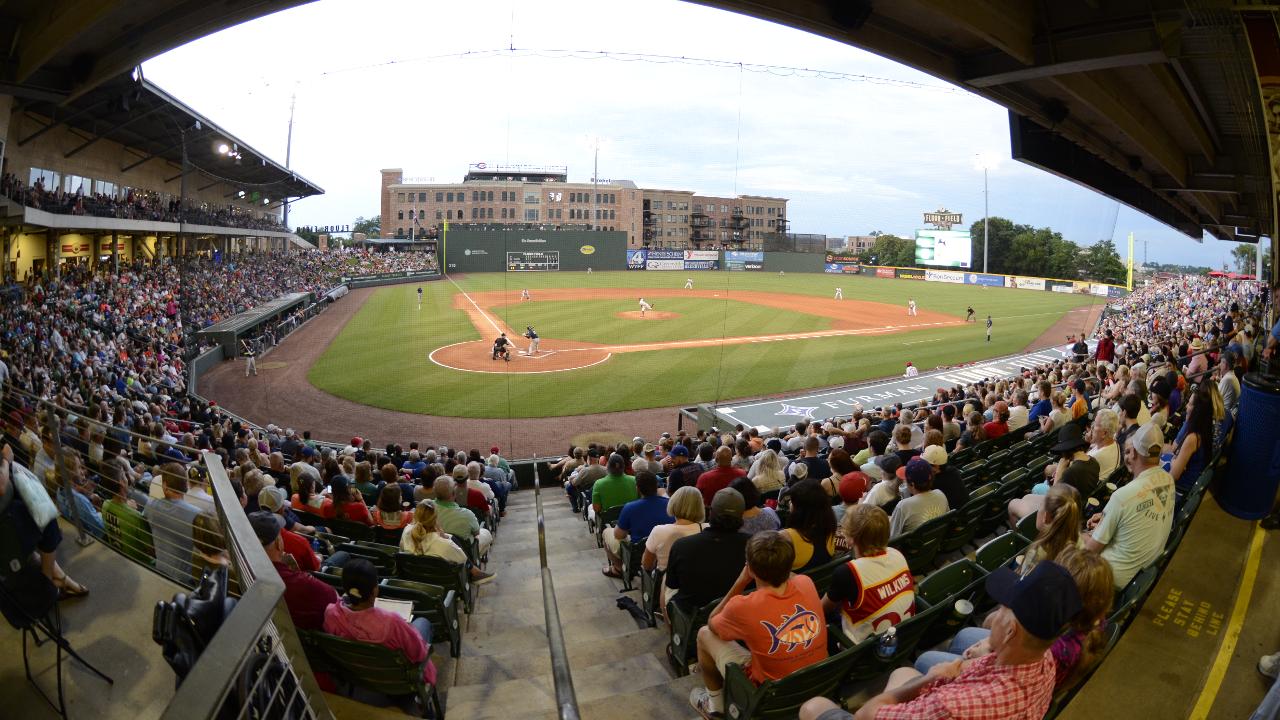 Greenville, SC - The 2018 South Atlantic League awards were announced by league president Eric Krupa on Tuesday, and the Greenville Drive have been recognized as the winner of the league's Excellence in Marketing Award.

This marks the fifth consecutive season the Drive have been selected as the winner of the Excellence in Marketing Award, and the sixth season overall, as the Drive also won the award in 2010.

"Earning the Excellence in South Atlantic League Excellence in Marketing Award is a tremendous honor," said Craig Brown, Drive Owner and Team President. "Our organization takes a lot of pride in shaping the Greenville Drive brand in a meaningful way, and our marketing efforts play a significant role in that. Our front office and marketing team have done excellent work in making an impact in the community, and winning this award is tangible proof of their commitment."

The 2018 seasonal theme put together by the Drive and EP + Co., the agency of record, was "Our Home. Our Team." Greenville has quickly become one of the nation's fastest growing cities, and has received national recognition for being a great place to live, work and play. Since Fluor Field at the West End opened in 2006, the Drive have seen firsthand the considerable growth of Greenville and the surrounding area, and "Our Home. Our Team." encapsulates the Drive being "Greenville's team" and being very much a part of the fabric of the community.

As the Excellence in Marketing recipient, the Drive will represent the South Atlantic League as a nominee for the Larry MacPhail Award. This prestigious honor will be given at the Baseball Winter Meetings in Las Vegas from December 9-13. The Larry MacPhail Award has been presented since 1966 to the franchise as a symbol of the top marketing effort in all of Minor League Baseball.

"2018 was a successful year on the field for our organization, but we are even prouder of the impact we have on the Greenville community, and vice versa, so this Excellence in Marketing Award is just as much for Greenville as it is for us," said Eric Jarinko, Drive General Manager. "Our front office and marketing team at EP + Co. have set excellence as the daily standard, and with the city of Greenville as inspiration, we feel extremely fortunate to receive recognition for our efforts in continuing a winning tradition, both on and off the diamond."

About the Greenville Drive

The Greenville Drive, the South Atlantic League affiliate of the Boston Red Sox, is in its 13th season at award-winning Fluor Field in downtown Greenville. Since 2006, more than 400,000 fans a year have been welcomed to Fluor Field for both Drive games and additional community events. In 2017, the Drive was honored with the prestigious John H. Johnson President's Award, presented by Minor League Baseball and given to "the total baseball franchise," based on contributions to baseball in the community, promotion of the baseball industry, financial stability and contributions to league stability. 80 Drive alumni have gone on to play at the major-league level, 13 of which were members of the Red Sox 2013 World Series Championship Team.