Shortstop will be 8th Major Leaguer to appear with the Drive 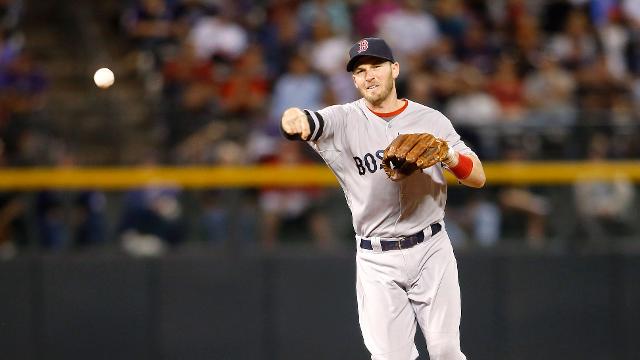 The Greenville Drive have added Boston Red Sox shortstop Stephen Drew to the roster, just days after bringing the 31-year old back on a one-year deal. The Red Sox wanted to give Drew some at-bats in the minor leagues prior to rejoining the Boston lineup, and the Drive will have him in their lineup during his first few games in the minors.

"We couldn't be more excited to have Stephen Drew join the Greenville Drive," said Drive General Manager Eric Jarinko. "Seven players on last year's World Series roster were Greenville Drive alums, and to add another player from that roster who was a key part of last year's team is great for the Drive organization and our fans. We look forward to having Stephen with us in his first step back towards helping the Red Sox defend their World Series championship."

2013 was Drew's first season in Boston after spending parts of seven seasons with the Arizona Diamondbacks. His best season with Arizona came in 2008 when he launched 21 homers and drove in 67 to go along with 91 runs, 178 hits, 44 doubles, 11 triples and a .291 batting average. He spent the final two months of the 2012 season with the Oakland Athletics after a trade.

The Valdosta, Georgia native was originally drafted by the Diamondbacks as the 15th overall pick in the 2004 First Year Player Draft out of Florida State University. For his career, which totals eight seasons so far, he is a lifetime .264 hitter with 90 homers, 416 RBI and 926 hits.