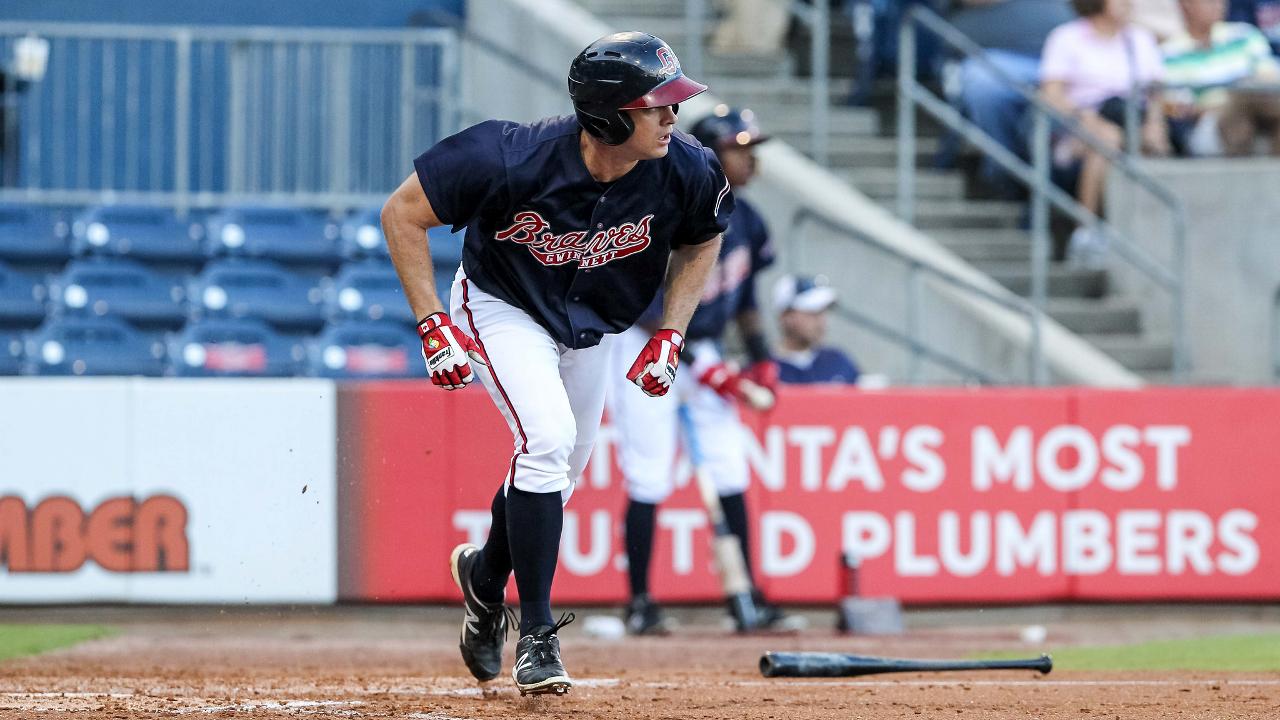 LAWRENCEVILLE, GA - From his first pitch to his last, Andrew Albers was in fine form as he tossed 8.0 brilliant innings and drove in a run at the plate to lead the Gwinnett Braves (56-60) to a 3-1 win over the Louisville Bats (46-70) on Thursday night at Coolray Field.

The veteran left-hander helped himself at the plate in the second inning. After Emerson Landoni and Kade Scivicque hit back-to-back two-out singles against Louisville starter Cody Reed (L, 4-8), Albers then stepped to the plate and grounded a single up the middle to score Landoni with the game's first run. The RBI was the first of Albers' professional career.

Gwinnett extended the lead in the seventh inning as consecutive doubles by Ronald Acuna and Xavier Avery plated a run, and Matt Tuiasosopo lifted a sacrifice fly to right to score Avery. The two runs scored off Bats' reliever Kyle McMyne, raising the lead to 3-0.

Louisville got on the board in the eighth as Phil Ervin tripled and scored on a sacrifice fly from Sebastian Elizalde to end Albers' rotation-best scoreless innings streak at 22.1, but the visitors would get no closer.

In the ninth, the first two Bats' hitters reached base against Gwinnett reliever Evan Phillips (S, 2). But the right-hander rebounded to retire the next three batters to finish the win as the G-Braves snapped their three-game losing streak.

With his double in the seventh inning, Acuna extended his hitting streak to 10 games. Avery went 3-for-4 with a double, run scored, RBI and stolen base. In his first game back from Double-A Mississippi, Landoni went 2-for-3 with a walk and a run scored.

Louisville was led by a 3-for-4 night from Ervin, who scored the Bats' only run. On the mound, Reed gave up one earned run on six hits while walking four and striking out five in 6.0 innings, but he suffered the loss.