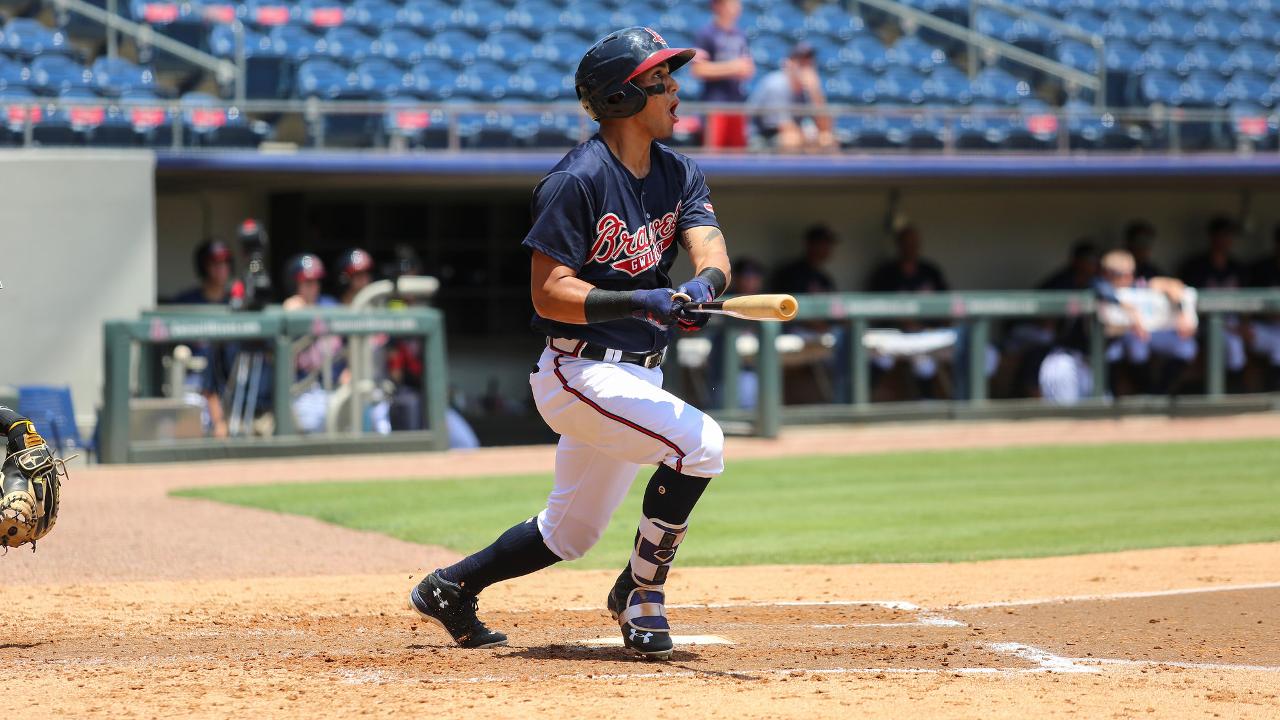 LAWRENCEVILLE, GA - With another solid pitching performance from Andrew Albers and a pair of home runs from Rio Ruiz , the Gwinnett Braves (44-44) defeated the Indianapolis Indians (50-39) by a 7-2 score in the finale of their three-game series on Sunday afternoon at Coolray Field.

Albers (W, 8-3) tossed 6.0 efficient innings, giving up one earned run on six hits while walking one and striking out seven. Offensively, Ruiz tallied four RBIs on the second two-homer game of his career, first since August 20, 2016 with Gwinnett vs. Rochester. The win gives the G-Braves a .500 record heading into the Triple-A All-Star break.

Gwinnett got an early lead and never looked back. Ozzie Albies and Xavier Avery led off the game with singles against Indianapolis starter Tyler Eppler (L, 6-4). Matt Tuiasosopo plated Albies with a single to right, and Sean Kazmar Jr.'s ground out scored Avery to make it 2-0.

Ruiz made it 3-0 in the third with a solo home run an estimated 360 feet down the right field line. That proved to be more than enough support for Albers.

Albers allowed at least one base runner in every inning but the first, but he pitched out of trouble each time to earn his team-leading eighth win of the season. At the plate, he was 1-for-3 with his first career hit, a single to right in the sixth inning.

The G-Braves broke the game open in the bottom of the fifth. After Albies doubled and Avery walked, Ruiz hammered a three-run home run, his team-leading ninth of the season, an estimated 395 feet to the right field berm. Later in the inning, David Freitas capped Gwinnett's scoring by lacing a double down the left field line to score Dustin Peterson .

Eppler gave up all seven runs, six earned, on nine hits in 4.2 innings to suffer his fourth loss of the season.

In relief for Gwinnett, David Peterson allowed a run in the seventh while A.J. Minter and Jason Hursh each tossed scoreless innings to finish off the win.

Offensively, Ruiz led the way with his two home runs in a 2-for-5 performance. Albies went 2-for-5 for his team-leading 27th multi-hit game. Avery extended his on-base streak to 24 games with a 1-for-4 effort, and Dustin Peterson extended his hitting streak to eight games and multi-hit streak to five games with a 2-for-4 day. All nine G-Braves' starters recorded at least one hit.

For Indianapolis, Danny Ortiz led the way with a 4-for-4 game after entering in the second inning. Rehabbing Pittsburgh Pirates outfielder Starling Marte finished 1-for-5.

On Wednesday, July 12, the 30th Annual Triple-A All-Star Game will pit the International League against the Pacific Coast League at Cheney Stadium in Tacoma, Washington. Albies and pitcher Lucas Sims will represent the G-Braves for the IL squad. First pitch is scheduled for 9:00 p.m. EST and the game will be broadcast live nationally on MLB Network.

Following the All-Star break, the G-Braves will begin a four-game road series against the Charlotte Knights on Thursday, July 13. First pitch at BB&T Ballpark is scheduled for 7:05 p.m. Right-hander Matt Wisler (4-5, 3.84 ERA) is scheduled to start for Gwinnett. Tony Schiavone has the play-by-play call on 97.7 FM The Other Side of the River beginning at 6:35 p.m.