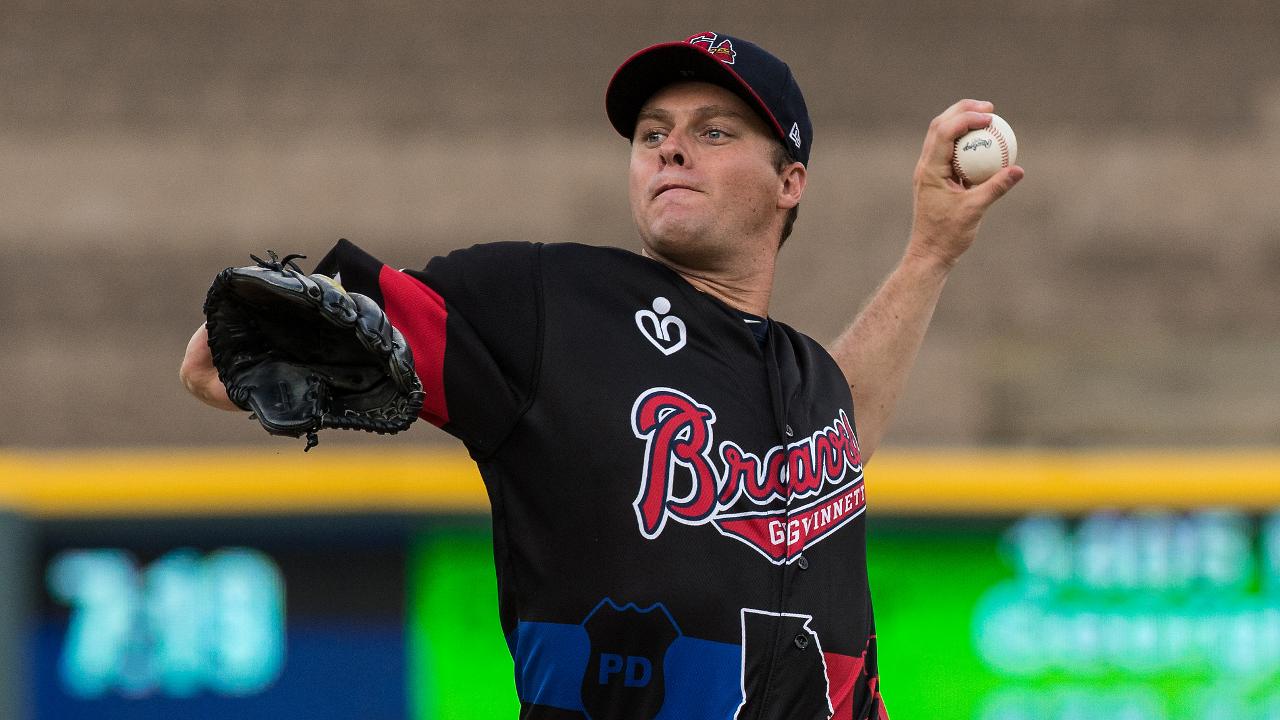 CHARLOTTE, NC - Behind the efforts of starting pitcher Andrew Albers , the Gwinnett Braves (46-44) earned a 6-1 victory over the Charlotte Knights (39-51) on Friday night in game two of the four-game series at BB&T Ballpark.

Albert (W, 9-3) was sensational in tossing 8.0 scoreless innings with four hits, one walk and six strikeouts. Between the second and sixth innings, he retired 12 batters in a row.

The G-Braves took a 1-0 lead in the first inning against Charlotte starter Carson Fulmer. Ozzie Albies led off the game with a double to right, moved to third on a fly out to right by Ronald Acuña and scored on a wild pitch.

The Gwinnett lead grew to 4-0 in the top of the third. Sean Rodriguez , continuing a rehab assignment for the Atlanta Braves, led off with a walk and scored from first on a triple to center by Rio Ruiz for a 2-0 lead. Ruiz scored from third on a ground out to second by Dustin Peterson to make it 3-0. Later in the inning, Sean Kazmar Jr. singled home Danny Santana , who made his G-Braves' debut on a rehab assignment for Atlanta, to make it 4-0.

The G-Braves added two more runs in the top of the eighth off reliever Brian Clark. Peterson doubled to left with two outs and scored as Micah Johnson singled to center. Johnson, who had moved to second on a throw, later scored on a single to left by Kazmar for a 6-0 lead.

Albers was pulled after 104 pitches and was replaced by David Peterson in the bottom of the ninth. The Knights loaded the bases against Peterson with no one out, but could only muster a run on a double play ball off the bat of Grant Green. Peterson pitched 1.0 inning with two hits, one earned run, one walk and one strikeout.

Offensively for Gwinnett, Johnson went 2-for-4 with an RBI and Kazmar went 2-for-4 with two RBIs, giving him eight RBIs in his last two games. Dustin Peterson went 1-for-4 with a double and an RBI to extend his hitting streak to 10 games, but he did see his multi-hit streak ended at six games.

For Charlotte, Carson Blair was 1-for-3 with a double.

The G-Braves and Knights meet in game three of the four-game series on Saturday night in Charlotte. Right-hander Aaron Blair (6-5, 4.89 ERA) will start for Gwinnett, while Charlotte will counter with right-hander Lucas Giolito (3-8, 4.89 ERA). First pitch is set for 7:05 p.m. Air time is 6:35 p.m. with Tony Schiavone on 97.7 FM "The Other Side of the River.'