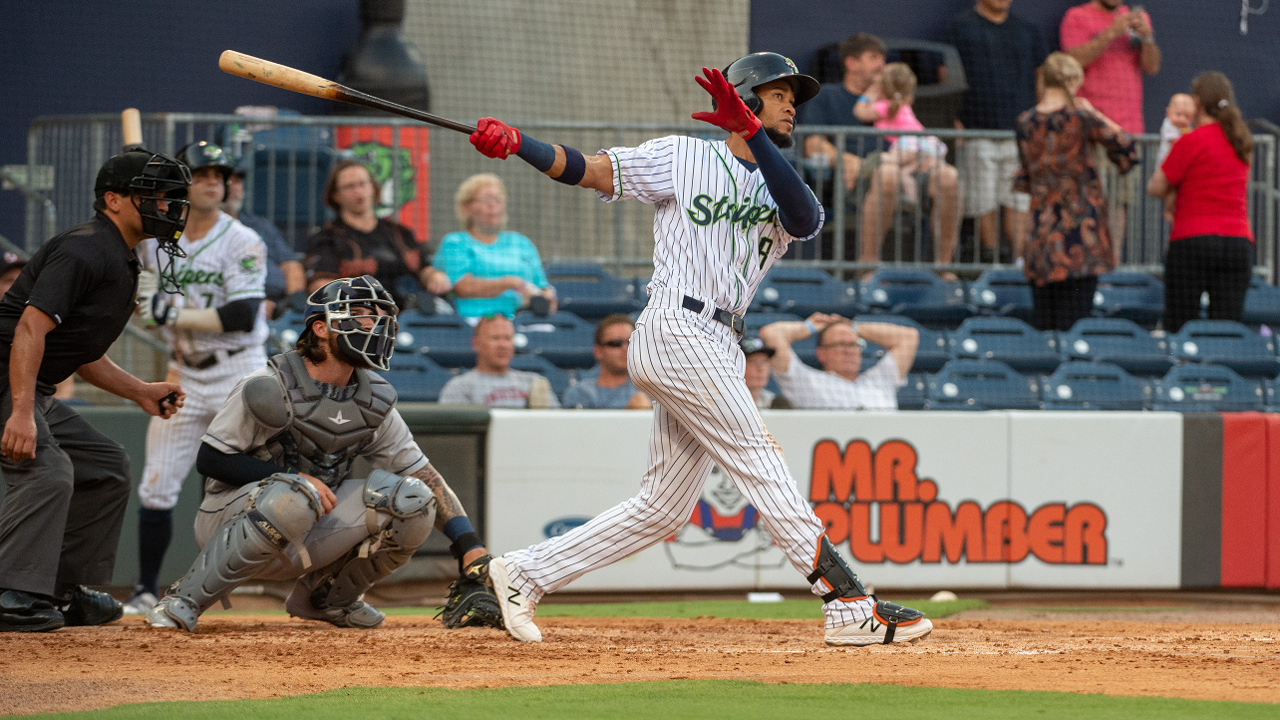 LAWRENCEVILLE, Ga. - Pedro Florimon hit a two-run home run in the eighth inning to lead the Gwinnett Stripers (70-49) to a 3-2 win over the Columbus Clippers (67-52) on Tuesday night at Coolray Field. With their eighth last-at-bat win of the season, the Stripers maintained a 2.5-game lead over Durham for first place in the International League South Division.

Scoring Recap: In the top of the third, Ryan Flaherty roped a two-run double to left to give the Clippers a 2-0 advantage. Florimon got the Stripers on the board with an RBI double in the bottom of the third, cutting the deficit to 2-1. In the eighth, Florimon (10) hit a 361-foot two-run homer to right off Cam Hill to give Gwinnett a 3-2 lead.

Quote: "I saw an opportunity with a guy on base," Florimon said of his home run. "I was just trying to put something in play and got a changeup over the plate. We always are trying to find a way to win."

Postgame Notes: Florimon is the eighth Gwinnett player to reach the 10-homer mark in 2019. Six of his homers have come in 28 games since the Triple-A All-Star Break, a span in which he's batting .337 with 26 RBIs and a 1.075 OPS. Ryan LaMarre went 1-for-3 to extend his hitting streak to nine games and on-base streak to 22 games. Wright saw his team-best six-game quality start streak snapped with his first non-quality outing since June 20 vs. Louisville.