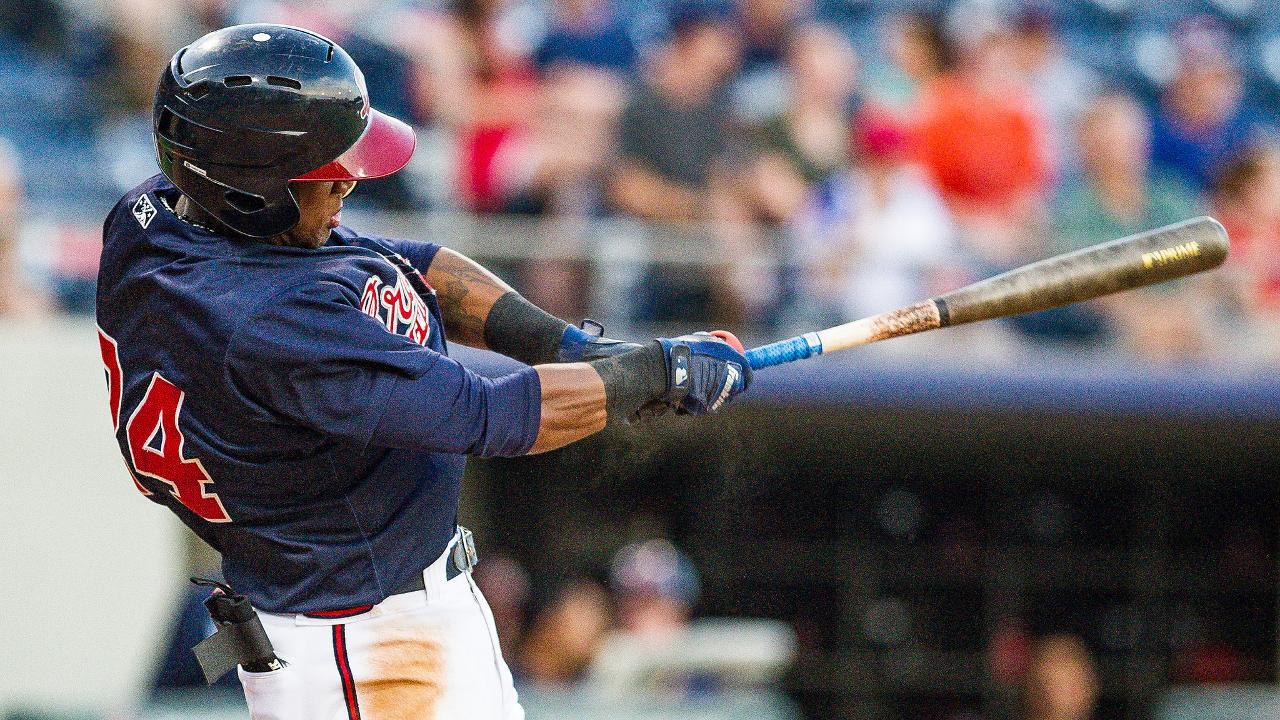 ALLENTOWN, PA- The Gwinnett Braves (50-50) used a 14-hit attack and a fine pitching effort from starter Andrew Albers  and the bullpen to beat the Lehigh Valley IronPigs (62-40) by a 9-3 score on Monday night in the opening game of the four-game series at Coca-Cola Park.

Gwinnett wasted no time getting on the board as Ozzie Albies  led off the game with a double off Lehigh Valley starting pitcher Zach Eflin and scored from second when Ronald Acuna  followed with a single to left. Acuna moved to second on a throwing error by Eflin on a pickoff attempt and then advanced to third on a ground out to first by Jace Peterson . Dustin Peterson then cracked a two-out double to left, scoring Acuna for a 2-0 lead.

The lead went to 4-0 in the second as back-to-back singles by Matt Tuiasosopo and David Freitas  put two on to begin the inning. A sacrifice bunt by Albers moved runners to second and third. Albies brought home Tuiasosopo with a sacrifice fly to center, and Freitas, who moved to third on the sacrifice fly, later scored on an Eflin wild pitch.

The Gwinnett lead grew to 5-0 in the top of the third when Micah Johnson doubled to deep left, scoring Rio Ruiz  from second, The G-Braves added two more in the top of the fifth as a triple to left by Johnson scored Dustin Peterson from first for a 6-0 lead and a sacrifice fly by Freitas to right plated Johnson for a 7-0 lead. In the top of the sixth, Acuna (3) belted a leadoff solo homer to right off reliever Cesar Ramos to increase Gwinnett's lead to 8-0.

In the bottom of the sixth, after J.P. Crawford blooped a double to right, Rhys Hoskins (23) drilled a two-run homer to left, cutting the lead to 8-2. Following the homer, Albers got into an argument with home plate umpire Ryan Clark, As a result, Albers and Gwinnett manager Damon Berryhill were both ejected from the game. However, the bullpen of A.J. Minter , Jason Hursh  and Enrique Burgos  finished out the game, giving up only one unearned run the rest of the way. The final run of the game came in the top of the ninth, when Freitas plated Dustin Peterson from third with a sacrifice fly to right.

For the IronPigs, Hoskins was 1-for-4 with the two-run homer.

The G-Braves and IronPigs play game two of the four-game series Tuesday morning in Allentown. First pitch is scheduled for 11:35 a.m. Lehigh Valley will pitch right-hander Jake Thompson (4-11, 5.36) while Gwinnett has yet to name a starter. Air time is 11:05 a.m. with Tony Schiavone on 97.7 FM "The Other Side of the River."

The G-Braves return home for game one of a three-game series against the Norfolk Tides on July 31. For tickets, call 678-277-0340 or visit GwinnettBraves.com/tickets.