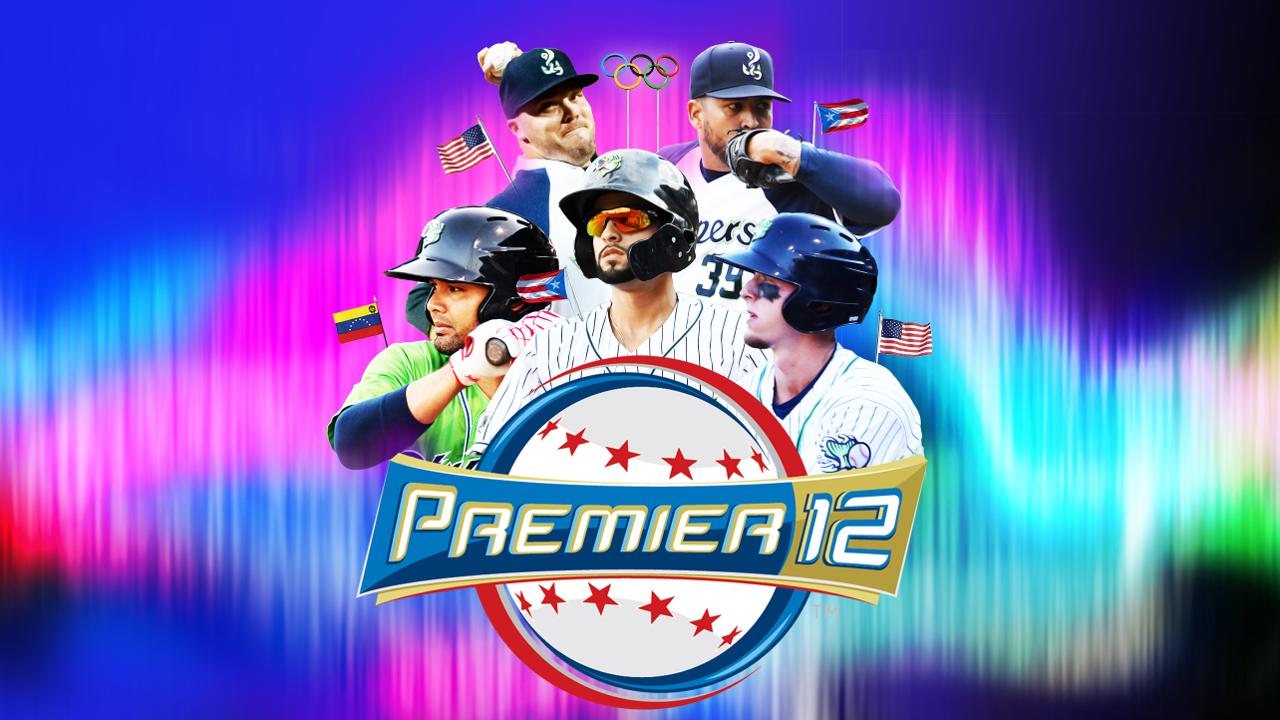 The World Baseball Softball Confederation (WBSC) Premier12™ tournament begins this weekend in Mexico, Chinese Taipei, and Korea, pitting the 12 highest-ranked baseball nations against one another in a qualifier for the Tokyo 2020 Olympic Games.

Reviewing the rosters of the teams in order of international ranking, here are the former Gwinnett Braves/Stripers players set to appear in the tournament:

A pair of 2019 Stripers will represent the U.S., with 20-year-old outfielder Drew Waters and veteran left-hander Caleb Thielbar both making the club.

Serving as Chinese Taipei's bench coach is former Gwinnett Braves pitcher and Tainan City, Taiwan native Chien-Ming Wang. The former New York Yankees, Washington Nationals, Toronto Blue Jays, and Kansas City Royals right-hander made 11 appearances (10 starts) for Gwinnett in 2015, going 2-6 with a 6.10 ERA before being released on June 19 of that year. Wang's journey from Gwinnett to Triple-A Tacoma in 2015 and return to MLB with Kansas City in 2016 are documented in the 2018 film "Late Life: The Chien-Ming Wang Story."

Mexico right-hander Manny Barreda had a brief, but impactful stint with the Gwinnett Braves in 2017. After having his on-loan assignment to Tijuana of the Triple-A Mexican League recalled by Atlanta on August 4, he joined Gwinnett and went 3-1 with a 1.83 ERA, .185 BAA, and four quality starts in seven total outings. He made his mark as the final winning pitcher in "G-Braves" history on September 4, 2017 as he fired 7.0 scoreless, two-hit innings in a 3-0 shutout of Durham. That dominant final game with Gwinnett - his last in affiliated baseball - helped earn him the International League Pitcher of the Week award for August 28-September 4. Barreda returned to Tijuana in 2018 and has spent the last two seasons in the Mexican League.

A trio of former Gwinnett hurlers are on Australia's roster, right-hander Peter Moylan and left-handers Steven Kent and Jon Kennedy.

Kent, hailing from Canberra, and Kennedy, from Melbourne, each made their Triple-A debuts in limited action with Gwinnett. Kent was called up in late 2016 and pitched in both the regular season (0-0, 36.00 ERA in 1 game) and postseason (0-0, 4.50 ERA in 1 game) for the IL South champion G-Braves. That year was his last in affiliated baseball, and he spent 2016-18 pitching for Canberra of the Australian Baseball League. Kennedy made the jump from Advanced-A Florida to Gwinnett in 2018, going 0-2 with a 7.59 ERA in four games. He returned to the Fire Frogs in 2019 before being released by Atlanta on April 24.

Shortstop Ray-Patrick Didder, born in Aruba, is also on the Netherlands roster. He was on the Stripers' active roster for the 2019 Governors' Cup Playoffs, but did not appear in a game and has yet to make his Triple-A debut. The 25-year-old hit .203 with four homers, 23 RBIs, and 28 steals in 114 games with Mississippi last year.

Canada's lone Gwinnett alumnus is 33-year-old first baseman Jordan Lennerton. The product of Langley, British Columbia played 33 games with the G-Braves in 2015 after being signed by Atlanta as a minor league free agent on July 27 of that year. He batted .202 with one homer and 10 RBIs during his last stint in affiliated baseball, and was released by the Braves in March of 2016. From 2016-18, he played for Quebec of the independent CanAm League.

Lopez, a native of Rio Piedras, Puerto Rico, batted .273 with a career-high 12 homers, 62 runs scored, 57 RBIs, and nine stolen bases in 96 games with Gwinnett last season. In addition to providing defensive versatility (he played second base, third base, shortstop, and left field), he carried the club offensively from May 1-June 30, hitting .311 (10th in the IL) with five homers, 26 RBIs, and an .812 OPS in 42 games. In six games from June 17-23, Lopez led the circuit in batting (.619) and on-base percentage (.667), earning him the IL Batter of the Week award. He was also a member of the Stripers' roster for the Governors' Cup Playoffs, and hit .294 with one homer and two RBIs in four games.

Rounding out the field of 12 is the Dominican Republic, featuring former Gwinnett right-hander Ervin Santana.

The WBSC Premier12™ Opening Round is November 2-8, with Group A (United States, Mexico, Netherlands, Dominican Republic) playing in Guadalajara, Mexico, Group B (Chinese Taipei, Japan, Venezuela, Puerto Rico) playing in Taiwan, and Group C (Korea, Cuba, Australia, Canada) playing in Seoul, Korea. The Super Round takes place from November 11-16, and the Championship Final and Bronze Medal Game will both be played in the Tokyo Dome on November 17.