Adam Duvall and Ryan LaMarre homer in the series finale 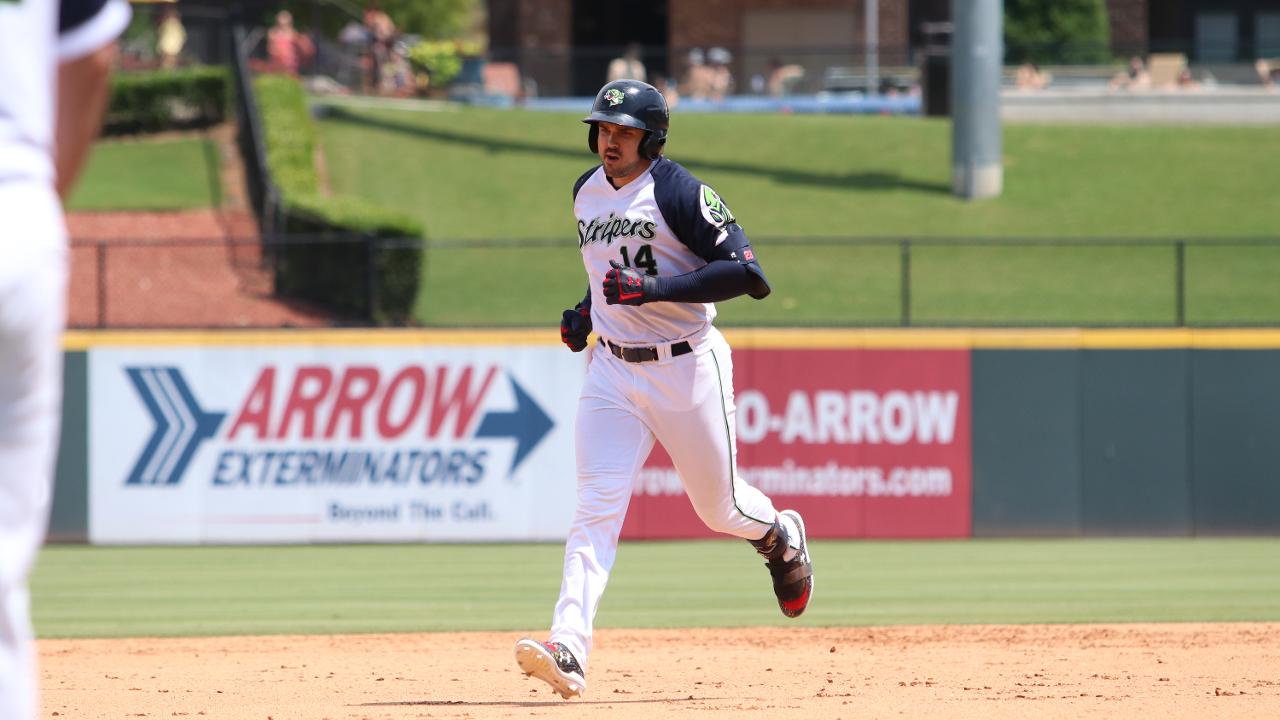 CHARLOTTE, NC - The Gwinnett Stripers (54-39) rolled out to a 4-0 lead and held off a furious comeback to defeat the Charlotte Knights (50-43) by a 5-4 score Sunday night at BB&T Ballpark. Adam Duvall and Ryan LaMarre homered in the series finale.

Scoring Recap: Duvall (28) got the Stripers on the board in the top of the first with a two-run homer off Hector Santiago. The lead grew to 3-0 in the top of the second as Sean Kazmar Jr. singled home LaMarre. In the fourth, LaMarre (6) led off with a solo homer to right for a 4-0 lead. However, Chicago's Wellington Castillo (1), rehabbing with the Knights, crushed a three-run homer to left off Patrick Weigel in the bottom of the fourth to cut the lead to 4-3. A ground out to second by Kazmar Jr. in the top of the sixth scored LaMarre from third to make it a 5-3 game. Charlotte mounted a comeback in the bottom of the ninth as Daniel Palka singled in a run to cut the lead to 5-4. But with the tying run on second and the winning run on first, Wes Parsons got Castillo to ground out to first to stop the rally and seal the win.

Knights Stats: Santiago (L, 3-3) pitched 5.0 innings with six hits and four earned runs. Matt Foster gave up one earned run in 2.0 innings and Colton Turner and Thyago Vieira combined for the final 2.0 scoreless innings with three strikeouts. At the plate, Castillo was 1-for-5 with a three-run homer.

Postgame Notes: Duvall's homer increases his league leading total to 28. He also leads the IL with 75 RBIs. He has now homered nine times in his last 20 games. The Stripers continue to add to their club record home run total with 147 in 93 games, second in the IL to Columbus. Weigel has now won three of his last four starts.