Lopez Drives in Four to Lead Gwinnett Over Lehigh Valley 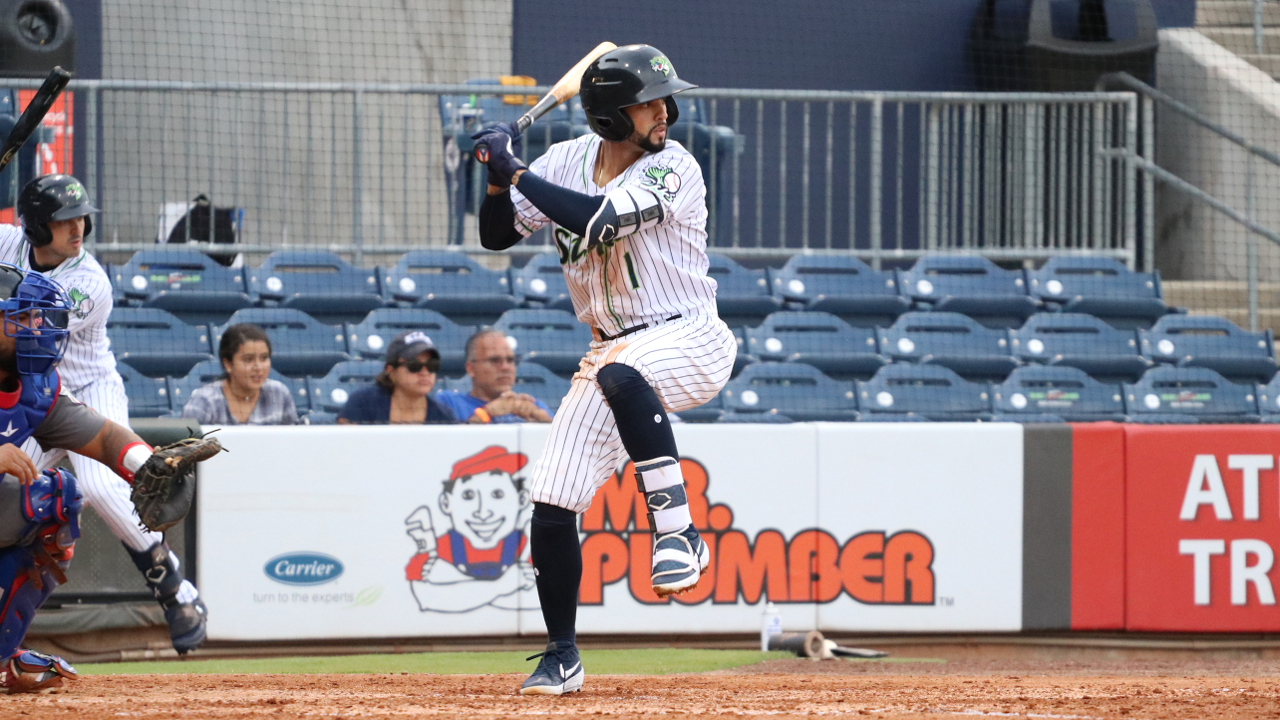 Lopez went 2-for-3 with four RBIs to lead the Stripers to a win. (Matthew Caldwell/Gwinnett Stripers)

LAWRENCEVILLE, Ga. - Jack Lopez went 2-for-3 with a double and four RBIs to lead the Gwinnett Stripers (55-41) to a 6-3 win over the Lehigh Valley IronPigs (47-47) on Wednesday night at Coolray Field.

IronPigs Stats: Kyle Dohy (L, 5-5) surrendered three runs on three hits in 1.0 inning of relief. Listi went 2-for-5 with a double and one RBI, and Hernandez went 1-for-3 with two RBIs.

Quote: "It was a cool play," Lopez said of his three-run single. "Once the ball got in the air I saw (Lehigh Valley first baseman) Logan Morrison's feet on fire and then I knew it had a chance to be a big play."

Postgame Notes: Lopez has tallied six RBIs in his last two games and has hits in 21 of 30 games since June 12. In addition to earning his first Triple-A win of the season, Walker recorded the first hit of his professional career, a sixth-inning infield single. Duvall notched his International League-leading 77th RBI of the year.