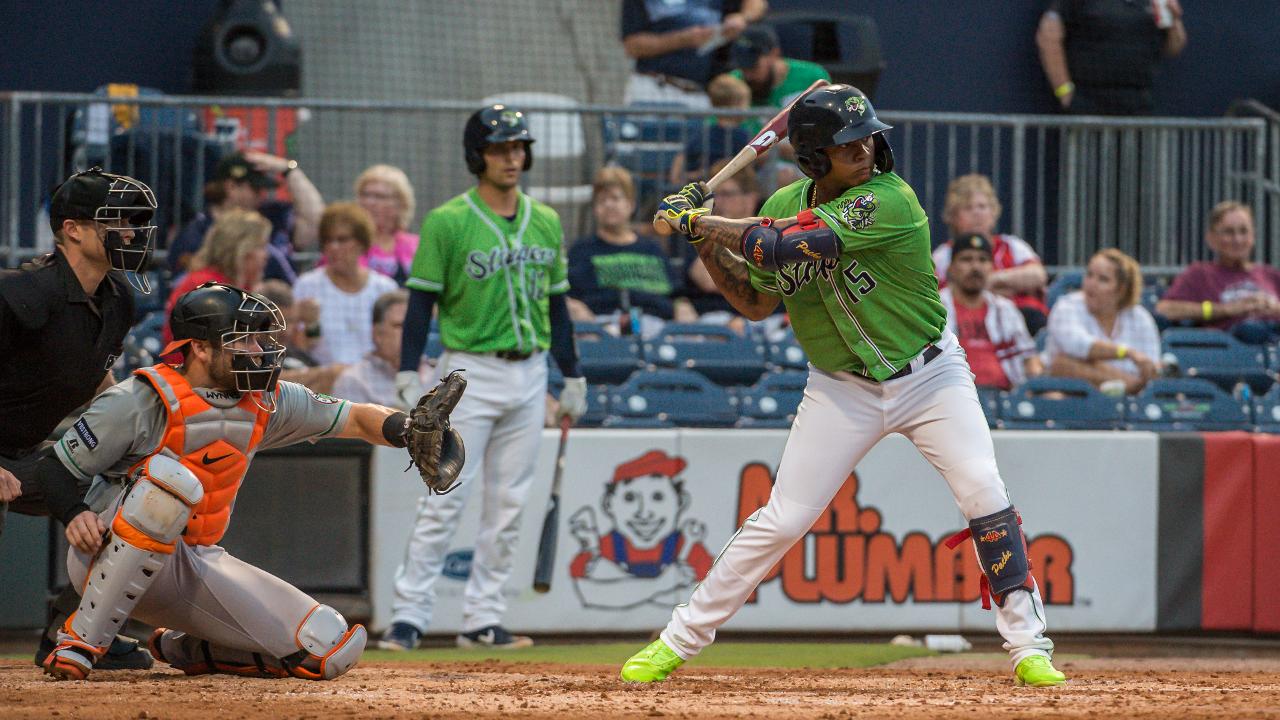 COLUMBUS, OH - John Ryan Murphy and Cristian Pache each blasted home runs, leading the Gwinnett Stripers (1-2) to a 10-6 win over the Columbus Clippers (2-1) in Game 3 of the Governors' Cup Semifinals on Friday night at Huntington Park. With the win, the Stripers force Game 4 of the best-of-five series set for Saturday night.

Scoring Recap: The Stripers scored five runs in the second inning against Shao-Ching Chiang. After an RBI single by Andres Blanco and sacrifice fly by Pache made it 2-0, Murphy (1) crushed a three-run homer to center field for a 5-0 lead. Still facing Chiang in the third, Sean Kazmar Jr. extended the lead to 6-0 with an RBI double. Jared Robinson replaced Chiang, and Pache (1) launched a grand slam to left-center, making it 10-0 Stripers. Columbus scored six unanswered runs to keep it close, getting two-run homers from Connor Marabell (1) in the fourth and Bobby Bradley (1) in the seventh.

Stripers Stats: Kyle Wright (W, 1-0) limited the Clippers to three runs (two earned) on six hits over 6.0 innings, walked one, and struck out six. Grant Dayton yielded three runs over two thirds of an inning, but Patrick Weigel followed with 2.1 scoreless frames to end the game. Offensively, Murphy went 2-for-4 with a homer and two RBIs, and Pache went 1-for-4 with a homer and five RBIs. Pedro Florimon had a game-high three hits, finishing 3-for-5.

Postgame Notes: Pache's five RBIs are a new Gwinnett single-game playoff record. His grand slam is the second in Gwinnett playoff history, the first since Tyler Moore in Game 3 of the 2016 Semifinals vs. Columbus on September 9, 2016. Gwinnett is now 2-1 in three playoff games all-time at Huntington Park.