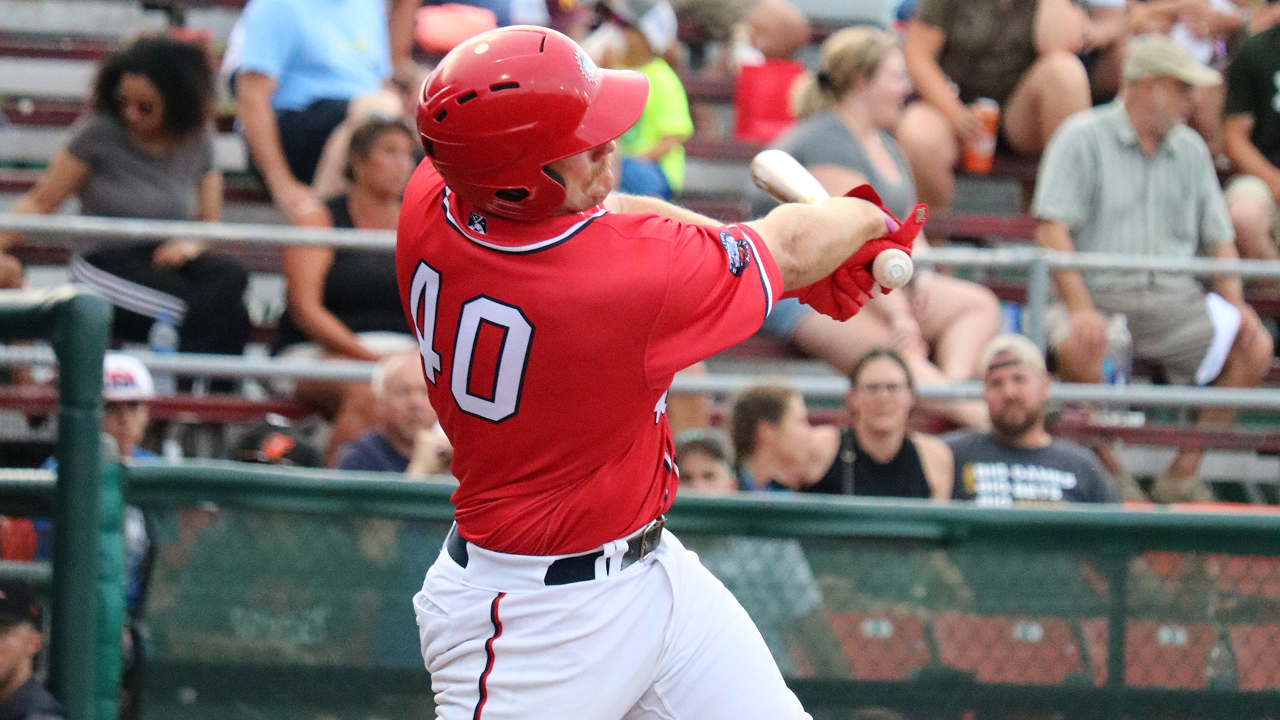 Nic Perkins had a pair of doubles and two RBI in Hagerstown's 6-1 win over Lakewood Saturday. (Abby Choi/Hagerstown Suns Staff)

HAGERSTOWN, MD (August 31, 2019) - The Suns scored in each of the first three innings to upend the BlueClaws 6-1 in Saturday's contest at Municipal Stadium.

Nic Perkins started the scoring for Hagerstown (64-74, 34-34), lacing a double down the left field line to score Jackson Cluff and Drew Mendoza in the first inning.

Perkins was not done there. He led off the third with a double and scored from a Phil Caulfield groundout to put the Suns in front of Lakewood (57-79, 28-38) 6-0.

The scoring was rounded out with a three-run second inning for Hagerstown. After a lead-off single from Trey Vickers, Armond Upshaw smoked his fourth triple of the season down the right field line to put the Suns in front 3-0. Justin Connell joined the scoring effort with a single to drive in the center fielder prior to Drew Mendoza capping off the frame with a double that scored Connell. After that, Rafi Gonell (L, 4-3) left the game, having given up a handful of earned runs in just two innings.

On the other side of the pitching match-up, Jake Irvin was lights out. The Oklahoma-product tossed six scoreless frame, fanning a career-high-tying eight batters. After he finished, Nick Wells brought the Suns shutout into the ninth inning, working two more scoreless innings.

Chandler Day finished out the game. He allowed one run off three hits to seal the deal in the Suns 6-1 victory.

Hagerstown continues their series with Lakewood tomorrow at 2:05 p.m. RHP Reid Schaller (4-3, 3.31 ERA) gets the start on the bump for Hagerstown, while Lakewood turns to RHP Francisco Morales (1-7, 3.72 ERA).

The Suns continue their final homestand of the season through the end of Labor Day weekend. Tomorrow is the final Sunday Funday of the year. Arrive early to play catch on the field or stay after to run the bases for the final time this year. For tickets or more information call 301-791-6266 or visit hagerstownsuns.com.