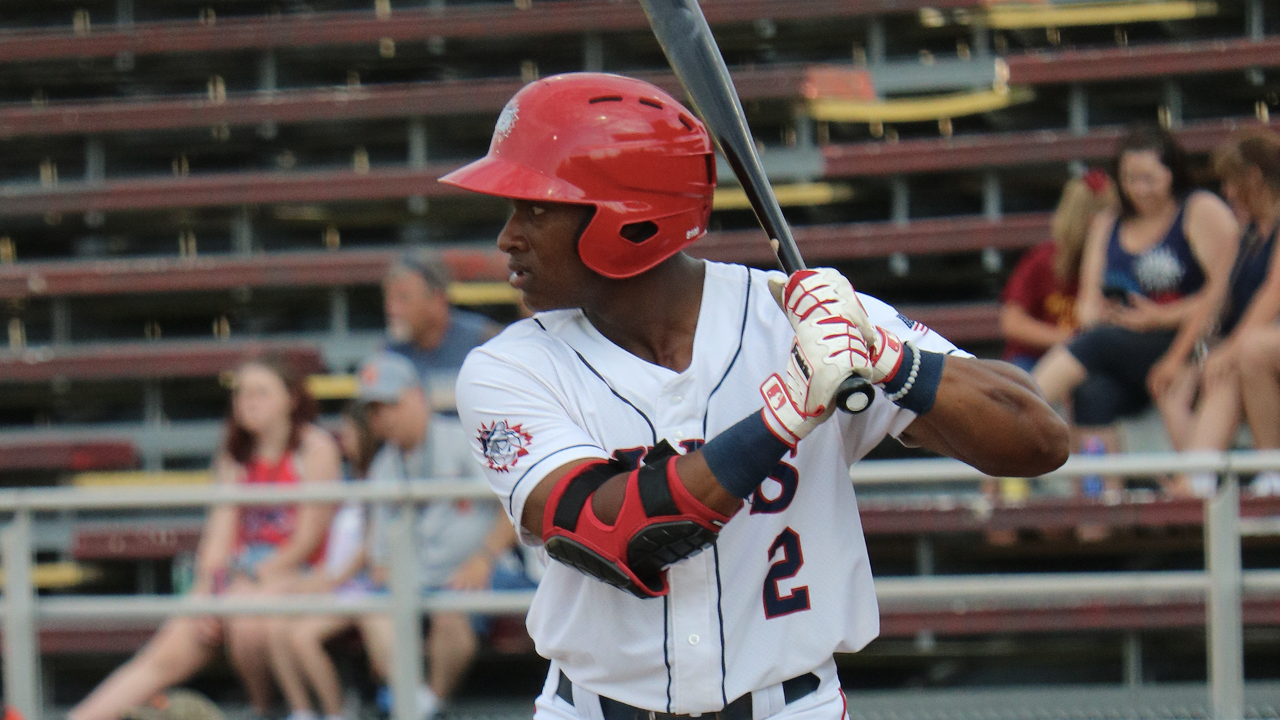 Armond Upshaw launched a three-run homer in the 7th of Hagerstown's final game of the season. (Abby Choi/Hagerstown Suns Staff)

HAGERSTOWN, MD (September 2, 2019) - A four-run seventh wasn't enough to rally in the Suns final game of the year, which came down to a 10-5 loss to the Lakewood BlueClaws at Municipal Stadium Monday afternoon.

Niomar Gomez (L, 0-1) made his South Atlantic League debut and gave up eight runs in just 3.2 innings of work. He surrendered two solo homers in the first two innings prior to imploding in the fourth with a pair of outs.

Lakewood scored six runs in that fourth, with Gomez allowing five consecutive batters to reach base safely prior to Alex Troop recording the final out of the inning.

Troop and Christian Vann combined for 4.1 scoreless innings from the pen to keep the Suns within striking distance.

Hagerstown's big inning came in the seventh when they scored four runs. After Kyle Marinconz reached on an error from Luis Garcia to start the inning, he came around to score from a Trey Vickers ground into a fielders choice.

Later in the frame, with Tyler Cropley and Vickers on the basepaths, Armond Upshaw smashed a three-run homer to left to draw the Suns within three.

Lakewood added two more in the eighth as rain began to pour down to close out the game 10-5.

That was the Suns final game of the season, thanks for following along all year long! The Suns will open their 2020 season April 16 at Municipal Stadium.