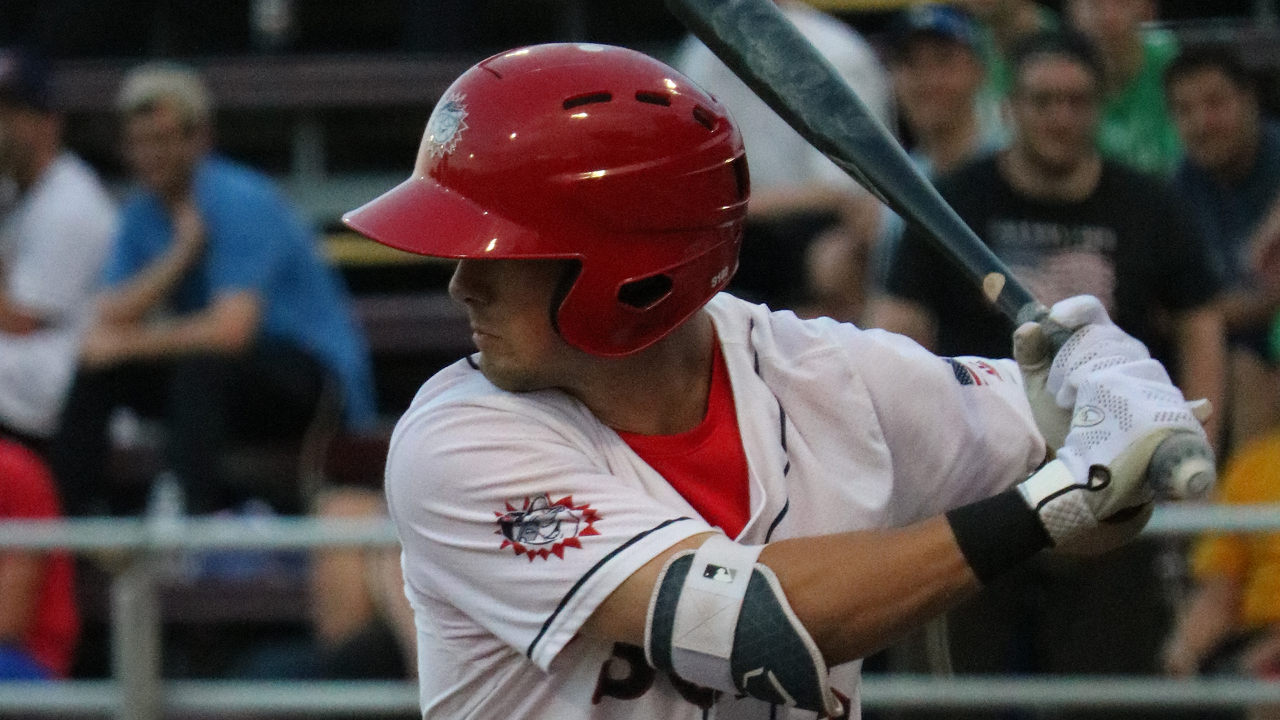 Jackson Cluff bunted a ball that eventually led to Armond Upshaw scoring on a throwing error to walk-off the game for Hagerstown. (Abby Choi/Hagerstown Suns)

HAGERSTOWN, MD (August 30, 2019) - Armond Upshaw scored from a sacrifice bunt by Jackson Cluff and a throwing error from pitcher Taylor Lehman to give the Suns a 3-2 walk-off victory over Lakewood Friday evening at Municipal Stadium.

Tomas Alastre got the start for Hagerstown and earned his sixth quality start of the season, allowing just one earned run (two total) through six frames. The game was not that simple though.

Lakewood (57-78, 28-37) hit out of order in two spots in the line-up and in the fourth inning, it cost Hunter Stovall his second homer of the season. He hit a shot into the Lakewood bullpen that would have put Lakewood up 2-0, but resulted in an out because he had swapped spots with Ben Pelletier.

Christian Vann (W, 4-2) came in after Alastre with the Suns trailing 2-0, but shut down the BlueClaws. The lefty did not allow a hit through three innings and wrung up five to keep the Suns close enough to come out on top.

The first Suns run came in the sixth, after Drew Mendoza led off with a double, Hagerstown's lone extra-base hit of the game. The Florida State-product eventually came around to score on a Kyle Marinconz base knock to left field.

The Suns waited to tie the game until the eighth inning, this time, when Israel Pineda hit a ball though the shift to right that allowed Mendoza to truck home, making the score 2-2.

The Suns continue their final homestand of the season through the end of Labor Day weekend. Tomorrow will be the final special jersey auction of the year and the first 1,000 fans through the gates can snag a Paul "Ears" McNeal bobblehead giveaway. For tickets or more information call 301-791-6266 or visit hagerstownsuns.com.