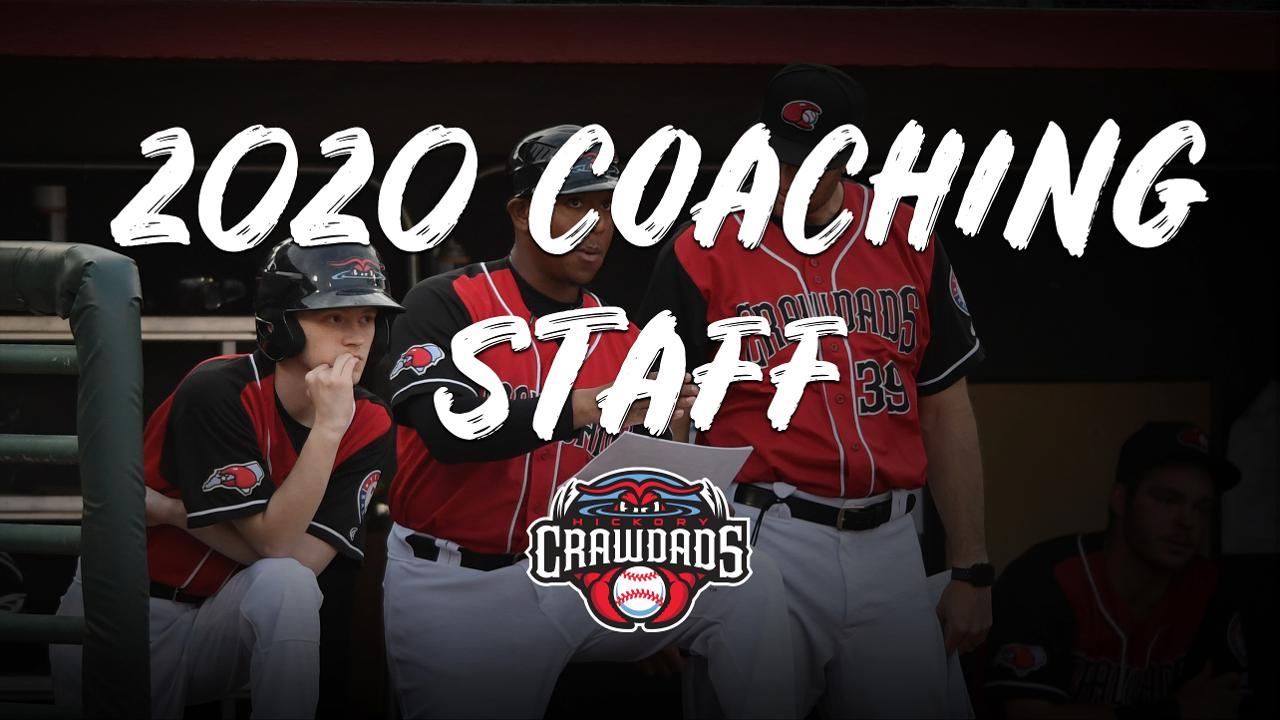 Hickory, NC- The Texas Rangers revealed the 2020 coaching staff for the Hickory Crawdads on Monday afternoon. Carlos Cardoza will take over as the 'Dads new manager, becoming the 18th manager in franchise history.

Jose Jaimes is the only returning member of last year's staff and will resume his role as pitching coach. Finishing out the staff are hitting coach Jason Hart, coach Jay Sullenger, athletic trainer Tyler Voas and strength and conditioning coach Andy Earp.

Cardoza arrives in Hickory for his fifth season managing a Rangers affiliate. He spent last season with the Arizona Rangers, helping to lead the team to a league title. Prior to his stint in Arizona, Cardoza managed the Dominican Summer League Rangers from 2016-18 where his teams went 141-71 for a .665 winning percentage. The Puerto Rico native was hired by the Rangers following two years as the head coach at his alma mater, Decatur HS in Georgia. Cardoza played two years at Georgia State and two years at Armstrong Atlantic State, where he was a gold glove second baseman and All-Peach Belt Conference choice. He also played a year of professional baseball in the Puerto Rican Federation League.

Jaimes returns to Hickory for his fifth year as pitching coach and his 20th year in the Rangers organization. The former Texas farmhand began his coaching career during the 2008 campaign, when he served in a dual role as a player and pitching coach in the Arizona League. The Venezuela native would go on to spend four seasons as a pitching coach with the DSL Rangers before returning stateside in 2013 with the AZL Rangers and serving in the same capacity in 2014 with the Spokane Indians. Jaimes was originally signed by the Rangers as a non-drafted free agent in 2001 and went 12-8 with a 4.93 ERA over six seasons in the Texas farm system.

Hart is resuming his old role in Hickory after spending the previous eight seasons as the Frisco RoughRiders hitting coach. He served two seasons as the hitting instructor in Hickory prior to his time in Frisco. In 2015, Hart was named the Mike Coolbaugh Texas League Coach of the Year for his work with the Frisco hitters. He started with the Rangers organization in 2009 as the hitting coach for the AZL Rangers. Hart played professionally for parts of eight seasons from 1998-2006, with stints in the Oakland, Texas and Minnesota organizations. Hart was originally drafted by Oakland in the fifth round of the 1998 June draft and acquired by Texas in a January 2002 trade with the A's. He attended Southwest Missouri State University where he led the conference in homers in 1997 and was selected as a Missouri Valley Conference All-Star in 1998.

Sullenger enters his first season with the Texas organization after heading up the Biola University (a NCAA Division II school in La Mirada, CA) baseball program for six seasons. He attended Liberty University, reaching the NCAA regional finals three times as a member of their baseball team. Following college, he spent a year with the Tampa Bay Rays working with their facility and event management department. He then joined the coaching staff at James Madison University, spending eleven seasons in various coaching roles.

Voas will make his stateside debut with the Rangers in 2020 after serving as a trainer for the DSL Rangers last year. He received his Bachelor's Degree in athletic training from San Diego State University before earning a Master's in Kinesiology from Fresno State.

Earp is new to the Texas organization in 2020. He most recently worked on the strength and conditioning staff at Clemson University.

The Crawdads will open their season at L.P. Frans Stadium on April 16th against the Lexington Legends. For more information about the Crawdads, including promotions, ticket books, and group outings please visit www.hickorycrawdads.com or contact the front office at (828) 322-3000.