Phillips and Springs to Attend Event 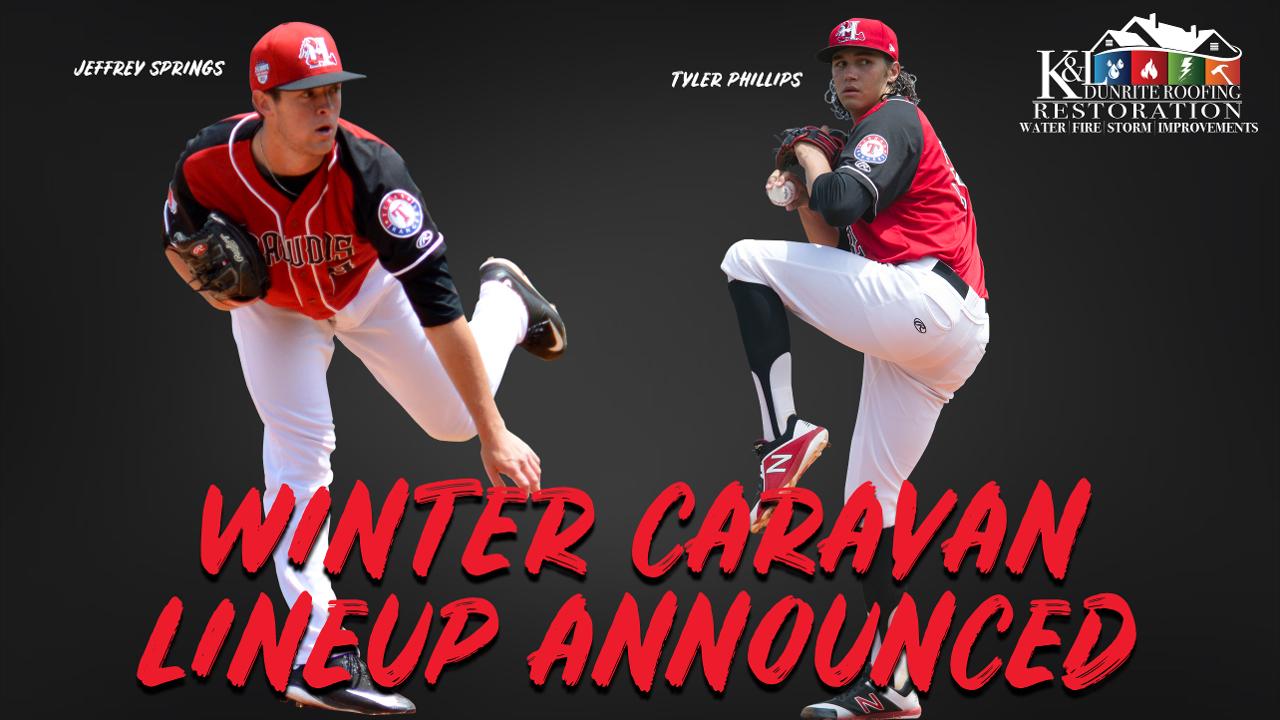 Hickory, NC- The Hickory Crawdads released the lineup for their Winter Caravan Luncheon presented by K&L Dunrite Roofing and Restoration. The Caravan is scheduled for Thursday, January 9th at the Hickory Metro Convention Center from 12-1:30pm.

Carlos Cardoza, who was named the 'Dads 2020 manager, is slated to speak at the event along with Texas Rangers assistant director of player development Paul Kruger. Texas Rangers players Jeffrey Springs and Tyler Phillips will participate in a round table discussion. Rangers radio broadcaster Matt Hicks, will serve as the event's emcee. Joshua Johnson, a member of the Crawdads coaching staff in 2019 and manager of the High A Down East Wood Ducks in 2020, and Corey Ragsdale, a former Hickory manager and new member of the Rangers MLB staff, will also be at the event.

Springs attended Appalachian State and was drafted by the Rangers in 2015. He worked primarily as a reliever in the minors, appearing with the Crawdads in 2015 and 2016, before being called up to the Rangers in July 2018. He made 25 appearances last season out of the bullpen, going 4-1.

Philips is currently ranked as the Rangers #17 prospect going into the 2020 season. He made seven appearances for the Crawdads in 2017 before returning for a dominant 2018 campaign. He left his name in the Crawdads single-season record book, tying for most wins (11), ranking third in ERA (2.67) and fourth in WHIP (1.02) while also earning a spot on the South Atlantic League All-Star team. He began last season in Down East, posting a 1.19 ERA in 6 starts before being promoted to the Double A Frisco RoughRiders.

Tickets for the Winter Caravan Luncheon are available in person or over the phone. Ticket price includes the main event and a picnic-style buffet. For additional information on the event or to order tickets, call the Crawdads front office at (828) 322-3000. The office will be closed for the holidays through January 5th. It will reopen at 9am on Monday, January 6th.