Crawdads Will Play as Llamas for Select Games 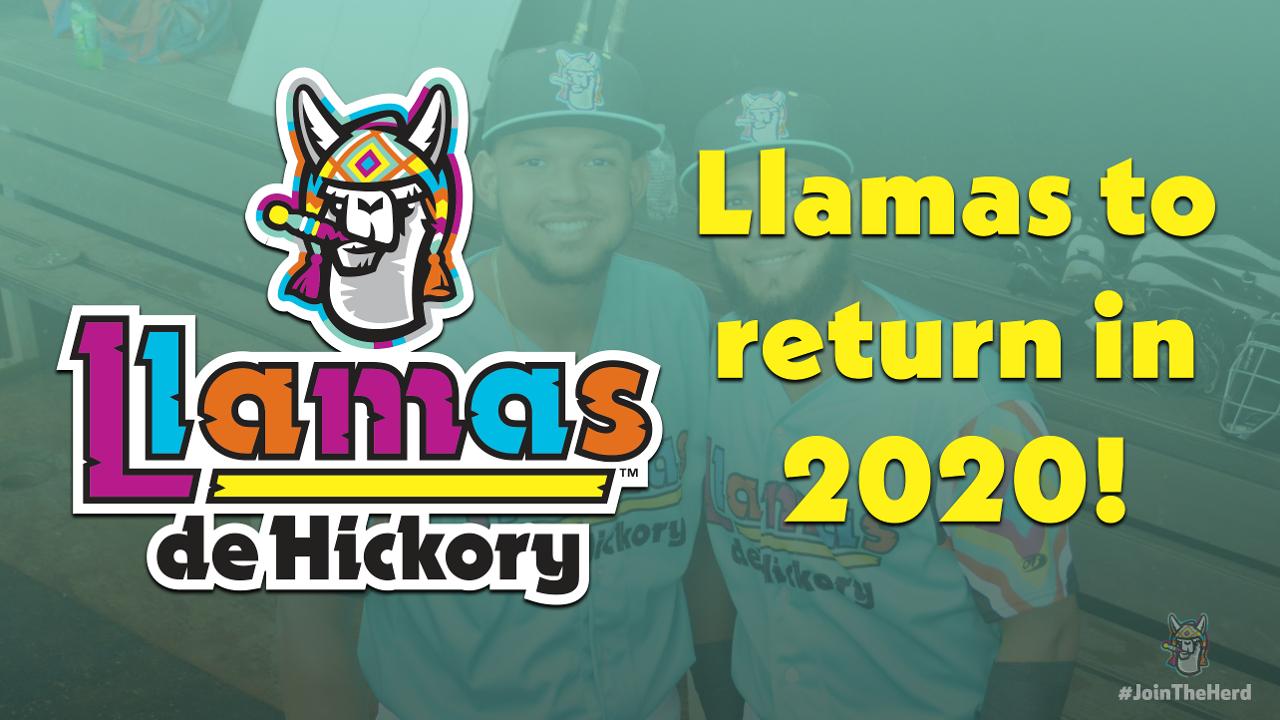 Hickory, NC- The Crawdads are thrilled to announce that the "Llamas de Hickory" will return for select games in 2020. The team takes on the alternate identity as part of Minor League Baseball's "Copa de la Diversión" program.

In 2019, the Crawdads hosted six Llamas games in which they celebrated different aspects of Latinx culture. The festivities included a decorated stadium, special concession items, a day to decorate Calaveras (sugar skulls), and live llamas for fans to interact with. There was also Latin music and themed promotions during the games.

Dating back to the Incan Empire, llamas have long been revered for their utility and strength, both of which are tentpoles for the Crawdads organization. The logo holds nods to both Hickory's furniture-producing industry, see the furniture leg in the llama's mouth, and Latin America's vibrancy through the animal's colorful chullo.

The Llama game dates and full on-field look will be released at a later date. For more information on Las Llamas de Hickory or to shop Llamas merchandise, please visit https://www.milb.com/hickory/fans/copa.