NWL Championship Series even at one game apiece 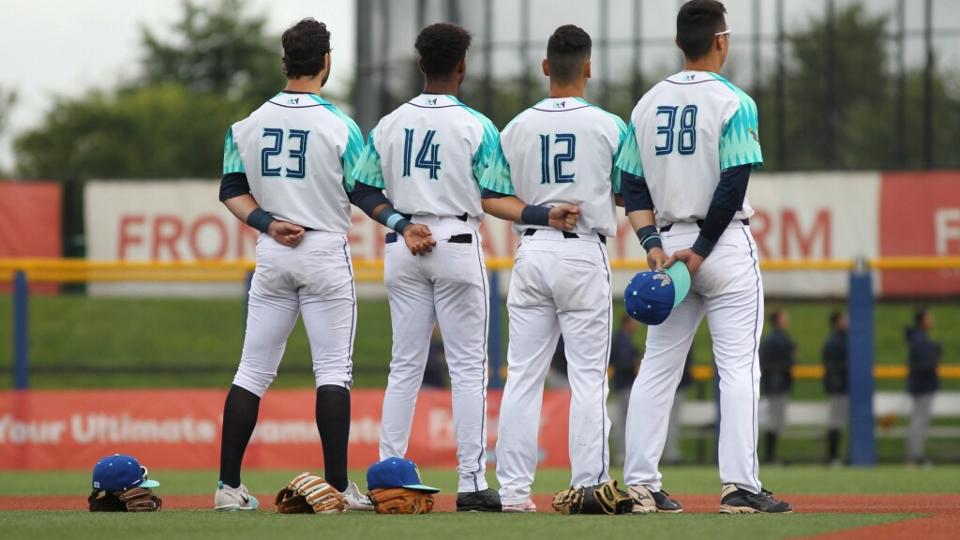 Tri-City catcher Johnny Homza hit a grand slam to highlight a six-run first inning, and the Dust Devils went on to a 9-1 win over the Hillsboro Hops on Sunday night in game two of the Northwest League Championship Series at Ron Tonkin Field. The best-of-five series is now tied at one game each, and the remainder of the series will be played at Gesa Stadium in Pasco, Wash.

Hops starter Blake Walston was uncharacteristically wild,allowing two walks and a hit batsman in the top of the first. That set the tone for the night, as the Hops --- who have had far and away the best pitching staff in the league in 2019 --- issued nine free passes (seven walks and two hit batters), six of which scored.

Walston hit the Dust Devils' Jack Stronach with a pitch to force home the game's first run, and was lifted after just five batters in favor of Jacob Stevens. He too had atypical command issues, walking Luke Becker to force home a run and make it 2-0 Tri-City.

Stevens then struck out Nick Gatewood on a curveball, and it looked as though the Hops were going to get out of the first having given up just two runs.

But in stepped Homza, who had no home runs in 53 games during the regular season. He worked a 3-2 count before yanking a Stevens breaking ball over the left-field fence to put the Dust Devils up 6-0.

Hillsboro scored a run on a walk and a Dom Canzone RBI single in the bottom of the first, but they had just two hits the remainder of the game. A trio of Tri-City pitchers --- Connor Lehmann (2ip), Jason Reynolds (4ip) and Sam Keating (3ip) combined to allow just three hits and one run, with four walks and five strikeouts. Reynolds got the win and Keating earned the save.

The Hops, who have had the league's best defense the entire season, committed five errors, though none led to any unearned runs. Hillsboro pitchers did strike out 16 Tri-City batters. The Dust Devils had just five hits, including a Tre Carter two-run home run off Wilfry Cruz to go along with Homza's slam.

Avery Short, Jake Polancic and Yan Sanchez each pitched a scoreless inning of relief for Hillsboro.

Remarkably, it was just the third time all season (regular season and postseason combined) that the Hops have lost by more than four runs, and just the fifth time they have fallen by more than three runs.

Game three will be at 7:15 on Monday at Gesa Stadium. It's the only road park that the Hops, in their seven-year history, have a sub-.500 record (they're 16-18 all-time in the regular season at Tri-City), though they did win the 2015 Northwest League Championship there. The two teams split four games at Gesa in June.

Monday night's radio broadcast can be heard on 620AM, and on the internet at www.RipCityRadio.com. The series will continue with game four on Tuesday night at 7:15, and (if necessary) a deciding game on Wednesday night at the same time.