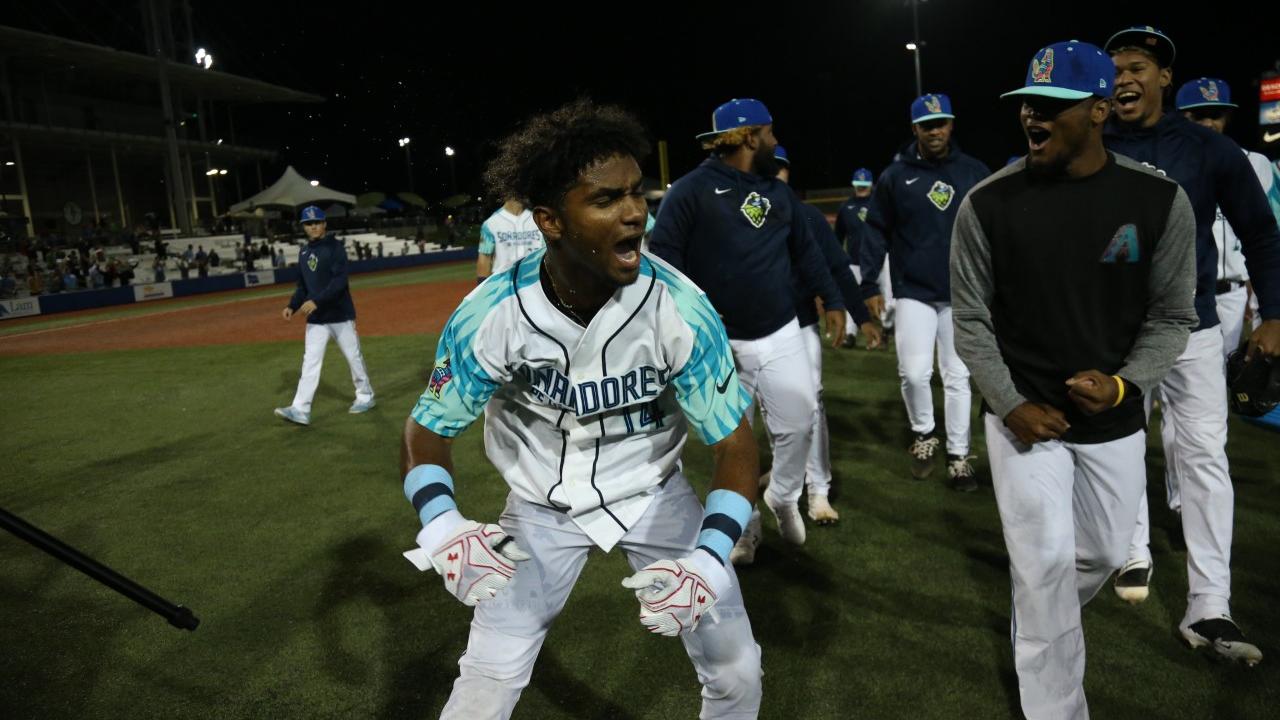 One down, one to go.

Liover Peguero's double to left-center field in the bottom of the ninth inning scored Tristin English from second base, and the Hillsboro Hops beat Salem-Keizer 2-1 in game one of the South Division Series on Wednesday night at Ron Tonkin Field. The Hops --- who snapped a six-game postseason losing streak dating to 2016 --- are now one win from advancing to the Northwest League Championship Series.

Salem-Keizer had just one baserunner the entire game, a fourth-inning solo home run by Yorlis Rodriguez that put the Volcanoes up 1-0. That was the only blemish on Tyler Holton's line. The Hops' starter worked six innings and struck out 10 --- Holton's third consecutive start with at least 10 K's (and he's the only Hops pitcher with a double-digit strikeout game since 2017). Over his last five outings, Holton has worked 27.1 innings, allowing just 12 hits, three runs (two earned), with two walks and 49 strikeouts.

Nick Snyder worked the final three innings, retiring all nine to face him with three strikeouts. His numbers this season rival the run Holton is on lately: in 10 games, Snyder has worked 19 innings, allowing two hits, no runs, with nine walks and 30 K's.

For awhile, it looked as though Holton's one mistake would cost him. But some clutch Hops hitting --- and poor defense by Salem-Keizer --- turned the game around. Corbin Carroll's speed got him to first base to begin the bottom of the eighth, on an infield single... and the threat of his speed got him to second, on an errant pickoff throw from Miguel Figueroa. Andy Yerzy then produced one of the biggest hits of the season, a line drive single to right-center field that tied the game 1-1.

The 18-year-old Peguero fouled off a 3-1 pitch and a 3-2 pitch before pounding a fastball to deep left field for his game-ending double.

Game two of the series will be Thursday at Volcanoes Stadium, with first pitch scheduled for 6:35 PM. The radio broadcast begins at 6:05 PM on Rip City Radio 620AM and www.RipCityRadio.com.