A Dinger By A Ringer 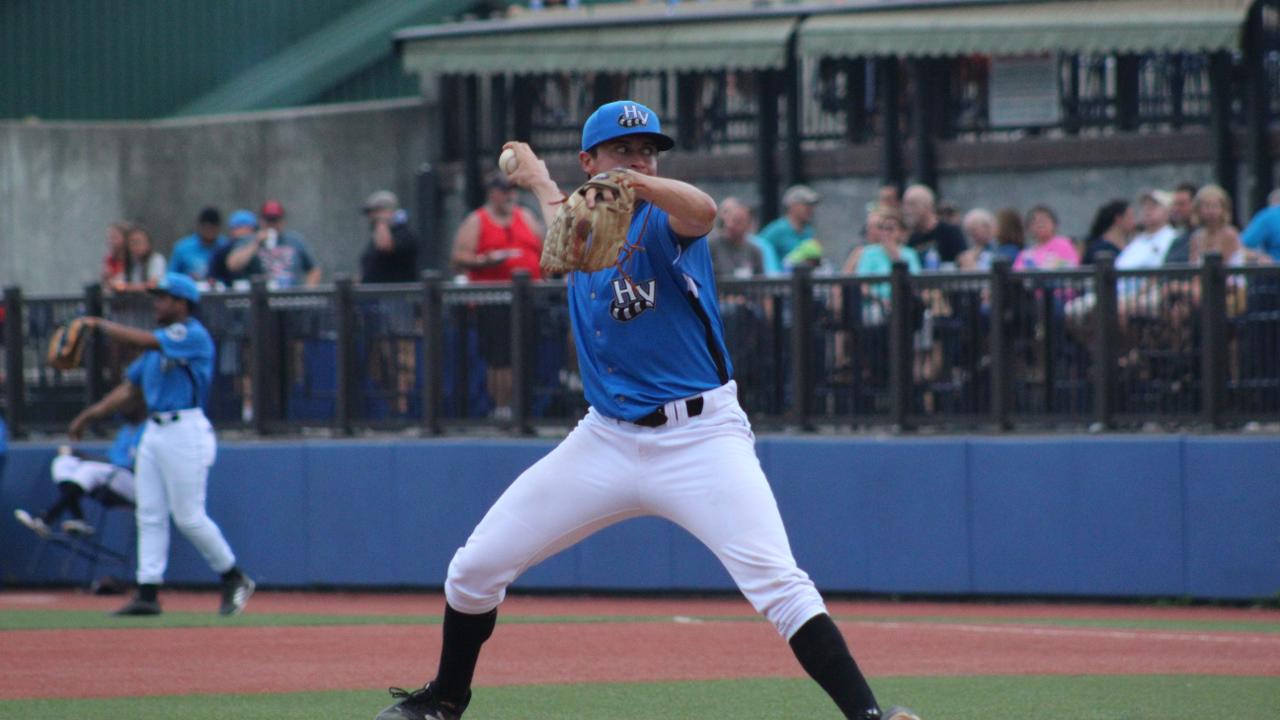 BROOKLYN, NY-Major League rehabber Jed Lowrie belted a solo homer, and four Cyclones pitchers held the Renegades to one hit as Brooklyn defeated Hudson Valley 1-0 to knot the best-of-three-series at one game apiece.

The game featured a couple of scoring chances early on for each team. In the first Brooklyn shortstop Wilmer Reyes was hit with a pitch with two out. Designated hitter Luke Ritter followed with a double to left centerfield. However, a beautiful relay by the Renegades to the plate gunned down Reyes trying to score. Hudson Valley, meanwhile, got runners to second and third with two away in the fourth, but catcher Luis Leon lined to center to end the threat.

Brooklyn would finally break out on top in the fourth as second baseman Lowrie, on rehab assignment from the New York Mets, lifted his homer over the rightfield wall to give the Cyclones a 1-0 lead.

After the groundout from Leon ended the Renegades rally in the third, Hudson Valley would not get another baserunner until the seventh when rightfielder Hill Alexander dunked a bloop singled into right to breakup 6.2 innings of no-hit ball by Brooklyn hurlers.

The Renegades got one more baserunner as Leon drew a walk with one out in the ninth. However, first baseman Jacson McGowan followed by grounding into a 6-4-3 double play to end the game.

The Cyclones' were led by pitchers Nate James, Matthew Allan, Corey Gaconi and Nelson Leon to get through the game. Jones started and tossed three hitless frames and struck out three. Allan (1-0) got the win by retiring all six men he faced in two innings. Gaconi surrendered the lone hit but struck out five over three innings. Leon (1) closed things out with the save by tossing a scoreless ninth on a walk.

The tough-luck loss went to Renegades starter Evan McKendry (0-1) after he allowed the lone run of the game on three hits over six innings with three strikeouts and a walk.

There were only four hits in the game with Brooklyn registering three of them.

The Renegades and Cyclones will now go toe-to-toe in a winner take all game three tomorrow with first pitch slated for 6:30. Hudson Valley will send southpaw John Doxakis (0-0, 1.93 ERA) to the hill against Brooklyn righty Matt Cleveland (3-3, 3.78 ERA).

Should the Renegades win, they would host game one of the New York-Penn League Championship Series on Saturday beginning at 6:30. Please check all Renegades social media pages for further updates. Tickets for the playoffs are on sale and can be purchased online at hvrenegades.com, at the Dutchess Stadium ticket window, or by calling the ticket office at (845) 838-0094.