Renegades Take Game One Over Cyclones 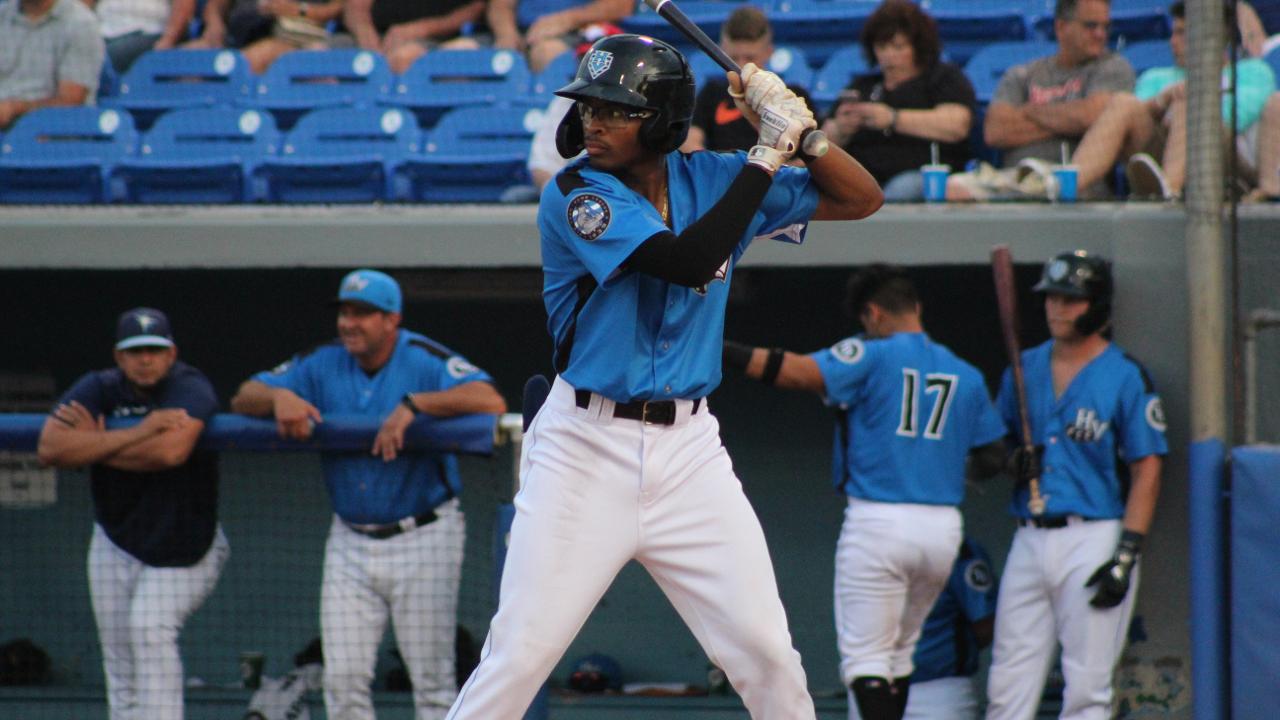 WAPPINGERS FALLS, NY-The Hudson Valley Renegades used seven strong innings from starting pitcher Jayden Murray, and two homers from their leaders as they defeated the Brooklyn Cyclones 5-4 Wednesday night in game one of the New York-Penn League Semifinal Series in front of 2,225 fans. The victory gave Hudson Valley a 1-0 lead in the best-of-three series.

The Renegades started the scoring in the second. Back-to-back one-out walks from Brooklyn starter Michel Otanez put runners at first and second. Hudson Valley second baseman Ben Troike then grounded an RBI double down the rightfield line to score one run and put the Renegades on top.

Brooklyn would respond in the third. With one out, leftfielder Antoine Duplantis ripped a ground-rule double to right-center, then scored on an RBI single from centerfielder Jake Mangum. The next hitter, shortstop Wilmer Reyes, check-swung a single into right and Mangum motored for third before running through a stop sign from third base coach and manager Edgardo Alfonzo. Mangum was thrown out at the plate on a strong peg from rightfielder Hill Alexander and the game remained tied at one.

Hudson Valley retook the lead with a pair in the third. With one away, third baseman Nick Sogard was hit with a pitch. He went to third as a wild pitch was thrown away at second by Brooklyn catcher Jake Ortega. Sogard would score when designated hitter Luis Leon stood in next and lined a sacrifice fly to center. Following that, first baseman Jacson McGowan went opposite field on a solo homer to right-center as the Renegades took a 3-1 lead. It was McGowan's third homerun of the season and the Renegades first since August 17th.

The Cyclones came storming back with two unearned runs to tie the game in the fourth. First baseman Joe Genord reached second on a dropped infield popup by Renegades catcher Jonathan Embry to start the rally. After back-to-back strikeouts, designated hitter Jose Peroza grounded a single to right to score Genord just ahead of Alexander throw. Peroza took second on the throw to the plate, then went to third on a wild pitch. After Ortega walked to put runners at the corners with two out, the Brooklyn catcher intentionally got into a rundown between first and second. During the rundown, Peroza broke from third and scored before Ortega could be tagged out to tie the game at three.

Brooklyn took its lone lead of the game in the fifth with another unearned run. Duplantis started the frame with a single to center, then advanced to second on a fielding error by Renegades shortstop Greg Jones off the bat of Mangum. After a groundout from Reyes to second advanced each runner a base, second baseman Luke Ritter hit into a fielder's choice to short. Mangum was thrown out at third, however Duplantis scored and the Cyclones had a 4-3 lead.

But the Renegades would take the lead for good in the bottom-half. Centerfielder K.V. Edwards started the inning with a walk. That would set the stage for Jones who tattooed a two-run blast over the rightfield wall for his second dinger of the year as Hudson Valley took a 5-4 lead.

From there, it was all about the pitching. The Cyclones only had three baserunners for the rest of the game. In the eighth, two singles put runners at first and second with two away, however third baseman Yoel Romero tried to move from second to third on a pitch in the dirt. Embry came up throwing and gunned down Romero to end the inning.

In the ninth, closer Ryan Jackson retired Brooklyn in order as a sensational diving catch in right-center by Alexander ended the ballgame.

Murray (1-0) went the longest any Renegades starter has gone this season with seven innings. He allowed four runs but only one was earned. He surrendered eight hits and struck out four while walking one. The loss went to Otanez (0-1) after he allowed all five runs on five hits in four-plus innings. He also walked four and struck out one. Closer Ryan Jackson (1) followed Murray and fired two innings of scoreless ball over one hit with a strikeout. It was his third save in as many chances with Hudson Valley.

The Renegades had seven hits in the game. Jones finished 2-3 with a single to go along with his two-run dinger. Troike chipped in by going 2-3 with a double and RBI. Brooklyn had nine hits for the contest. Duplantis went 2-5 with a double, two runs scored, and a sacrifice bunt. Rightfielder Ranfy Adon also had two hits in four at-bats.

The series now shifts to Brooklyn where the Renegades will go for the sweep tomorrow in game two of the best-of-three New York Penn League Semifinal Series. First-pitch is scheduled for 6:30. Right-hander Evan McKendry (4-1, 1.60 ERA) will take the hill for Hudson Valley against Cyclones righty Matthew Allan (0-0, 9.00 ERA).

Should the Renegades win, they would host game one of the New York-Penn League Championship Series on Friday or Saturday. Please check all Renegades social media pages for further updates. Tickets for the playoffs are on sale and can be purchased online at hvrenegades.com, at the Dutchess Stadium ticket window, or by calling the ticket office at (845) 838-0094.