Dungan's Three Run Homer Proves To Be The Difference 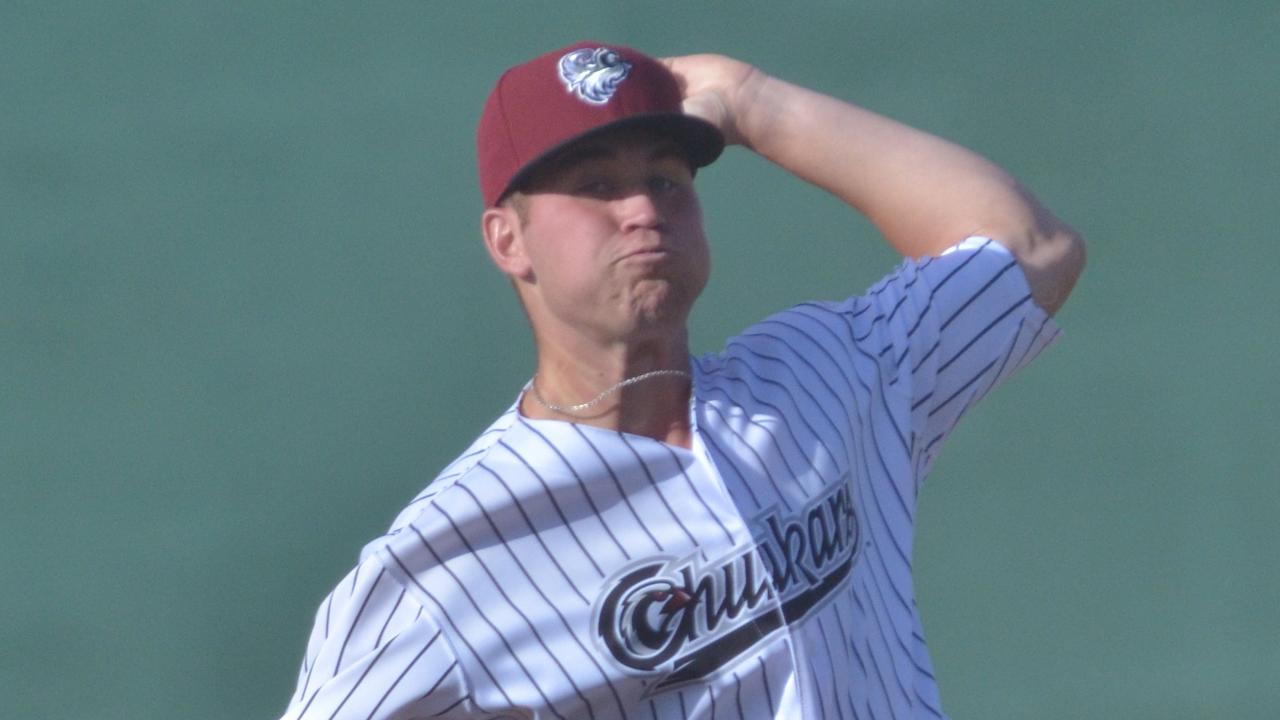 Idaho Falls, ID - After almost two full days of no baseball, the Idaho Falls Chukars and the Billings Mustangs resumed game three of the Pioneer League Northern Division Championship Series at 1PM today. Billings had a 1-0 lead when the game went into suspension, but the Chukars today would have the last laugh. Tied at three with two on and two out in the bottom of the seventh, Clay Dungan hit a three run home to put Idaho Falls in front 6-3. The Chukars hung on for a 6-4 win, clinching themselves a spot in the Pioneer League Championship Series, which will begin tomorrow night against the Ogden Raptors.

With the Chukars trailing by a run at the time of the resumption in the bottom of the second, they got a rally started thanks to a two out error from Victor Ruiz on a Jimmy Govern ground ball. Isaiah Henry stepped in next and popped a ball down the right field line, going for a double and scoring Govern to tie the game. Stephan Vidal stepped in next and singled to center, plating Henry to put the Chukars in front 2-1.

Billings though tied the game at two in the top of the third on a solo homer from James Free. The score remained tied at two going into the bottom of the fifth, when the Chukars took the lead back. Henry doubled to lead off the frame and then got to third on a ground out from Vidal. Henry scored on a wild pitch to put Idaho Falls in front 3-2.

In the sixth inning, the Mustangs would tie the game again. With two out and nobody on, Leonardo Seminati hit ball over the left field wall, his fifth homer against the Chukars this season, to tie the game at three.

The score remained tied at three going into the bottom of the seventh, where the magic occurred for Idaho Falls. Henry got hit by a Johnnie Schneider fastball to start the inning, and Vidal bunted him to second. Two batters later, Jose Marquez walked after falling behind 0-2, setting up the battle of the day. Dungan took an inside pitch from Schneider and whacked it over the right field wall, putting the Chukars in front 6-3.

Derrick Adams, who had pitched the previous three innings of one run baseball, came out to start the eighth inning. He allowed a one out single to Eric Yang, and then a two out single to Seminati, putting the tying run at the plate. The Chukars then went to the bullpen for Brad Bonnenfant, who got pinch hitter Tyler Callihan to fly out to center to end the inning, stranding the tying run at the plate.

Bonnenfant allowed a leadoff double to Reniel Ozuna, which scored with one out on a double from Quin Cotton, ending the day for Bonnenfant. Brady Cox entered and got T.J. Hopkins to strike out and Free to pop out, ending the game and giving the Chukars the 6-4 win.

The Chukars will host the first game of the Pioneer League Championship Series tomorrow against the Ogden Raptors. First pitch is at 7:15 PM, and you can get your tickets by calling the front office at 208-522-8363.