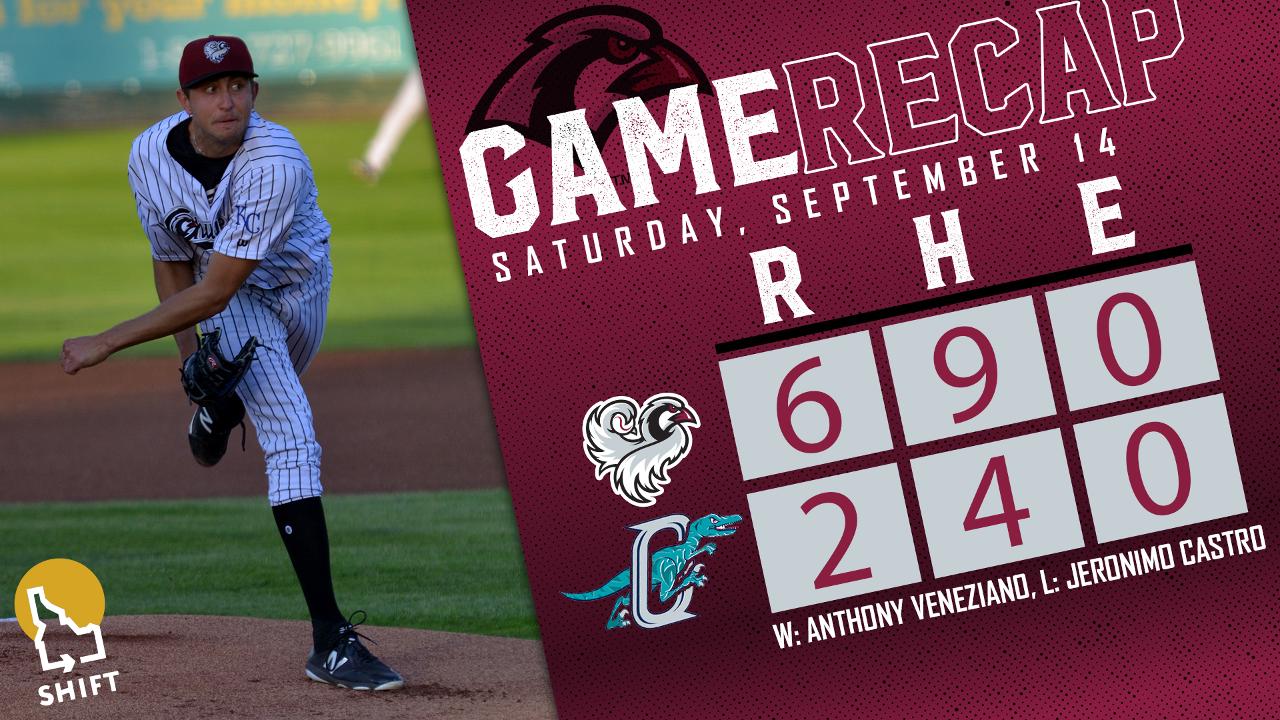 Ogden, UT - With their season on the line for the second time in three games, the Idaho Falls Chukars responded to adversity with their biggest performance of the year. The Chukars took the lead with a two run fifth inning and extended it with a two run eighth. Three Chukar pitchers combined to hold the Ogden Raptors to just two runs, giving Idaho Falls a 6-2 win over Ogden. The winner of tomorrow's game will be the 2019 Pioneer League Champion.

The first run of the ballgame came leading off the bottom of the second, as Marco Hernandez whacked a line drive over the wall in left to put Ogden up 1-0.

However, the Chukars would respond in a big way in the top of the fourth inning. Clay Dungan singled leading off the inning, and Travis Jones tripled into the right field corner, plating Dungan to tie the game. Rhett Aplin stepped in next and skied a ball to center, deep enough to score Jones and giving the Chukars the lead.

The lead though was short lived, as a one out walk to Jimmy Titus scored on a double to deep center from Andrew Shaps with one out, tying the game at two.

It remained a two all score until the top of the sixth, when the middle of the order again came up clutch. Dungan singled with one out, and with Jones up he stole second. Ogden then decided to intentionally walk Jones to put a double play in order, and Aplin made them pay with an RBI single to center, plating Dungan to make it 3-2 Chukars. Two batters later, Jimmy Govern singled off the glove of third baseman Sauryn Lao, scoring Jones and extending the lead to two.

In the eighth inning, the Chukars got two critical insurance runs against reliever Antonio Hernandez. With one on and two out, Juan Carlos Negret broke a 1 for 15 slump with a two run blast, his first of the playoffs, to put the Chukars up two.

Nathan Webb got the start for Idaho Falls and allowed just two runs over four innings, striking out seven. Anthony Veneziano got the win, pitching four innings of hitless baseball & facing just one over the minimum. Jonah Dipoto pitched a scoreless ninth in a non save situation.

Tomorrow the Chukars & Raptors will play at 4 PM to decide the Pioneer League Championship. The pregame show will hit the air on ESPN 980 The Sports Zone beginning at 3:45 PM.