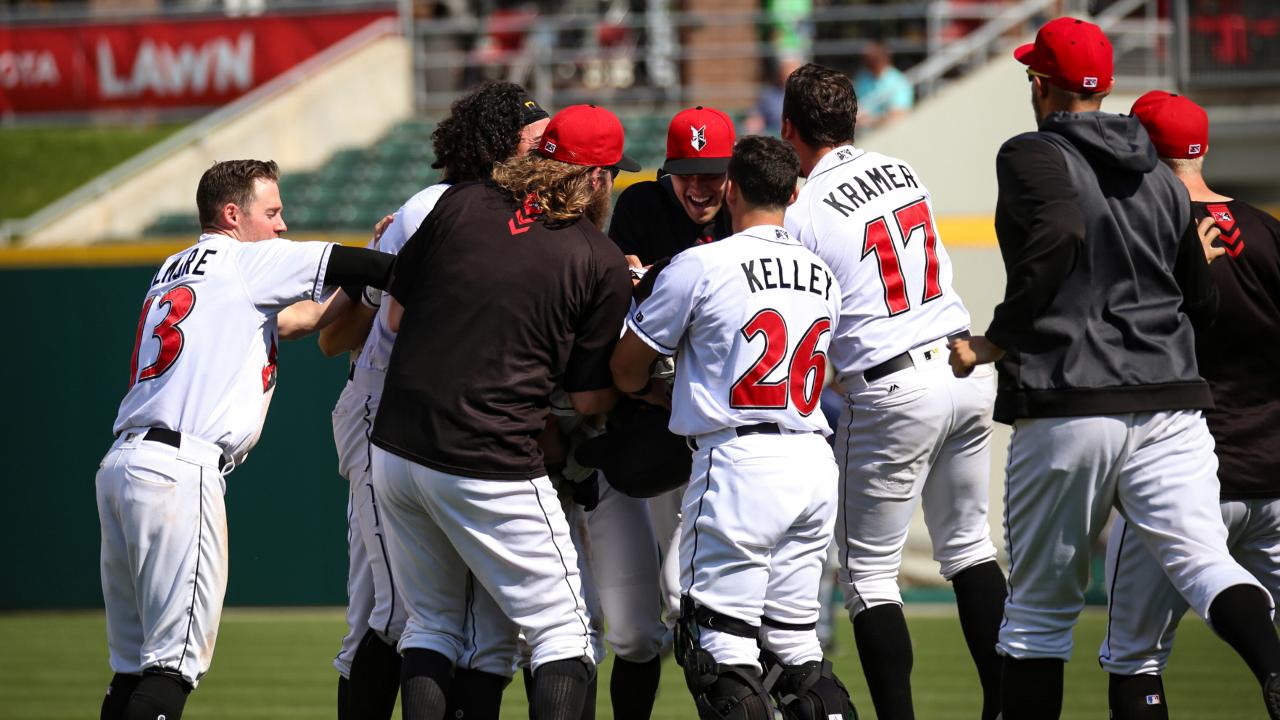 INDIANAPOLIS - Indy's early-season success featured a 13-11 record in April and 18-9 clip in May. Fifteen of those 31 combined wins were comeback victories, with the largest come-from-behind win occurring on April 17 against Toledo. The Tribe faced an early 4-0 deficit but rallied for a thrilling 8-7 walk-off win, giving Indy its fifth straight victory over the Mud Hens.

The visitors plated four runs in the second off Alex McRae on four base hits. Mikie Mahtook and Bobby Wilson started the frame with singles, and after a deep flyout, Jacob Robson pounded a run-scoring single to left. Daz Cameron then grounded out to third for the second out, but Harold Castro cranked a 2-2 pitch for a three-run homer to make it 4-0.

The Tribe cut into the deficit in their half of the third, taking advantage of two defensive miscues. With one away, Jake Elmore reached on a fielding error by shortstop Willi Castro and Cole Tucker followed with a walk to set up a Ke'Bryan Hayes RBI double. Moments later, Bryan Reynolds beat out a grounder to short for an RBI infield single, and a fielding error by second baseman Harold Castro on a Will Craig ground ball gifted the Indians their third run.

Toledo responded with a run in the fourth. Brandon Dixon singled, took second on a wild pitch and eventually scored on a Harold Castro groundout to Tucker.

Indy took its first lead of the game in the home half. Christian Kelley hit a one-out double and both Tucker and Hayes got aboard on a single and walk to tee up a Reynolds grand slam to straightaway center field. The dinger put the Tribe on top, 7-5.

The Mud Hens didn't go quietly. Consecutive two-out doubles by Mahtook and Wilson in the fifth made it 7-6, and a fielding error by Hayes in the ninth led to the tying run.

Hayes made up for his first of three errors on the entire season, roping a one-out single in the bottom of the ninth. He promptly stole second base but remained there after Reynolds struck out. With two down, Craig hit a shallow pop-up to right field, but Harold Castro dropped the ball on the run allowing Hayes to score the game-winner.

The Indians were out-hit 13-7 but stole three bases and had three of their seven knocks go for extra bases. Clay Holmes (W, 2-0) earned the win in relief. Jesus Liranzo fanned three over two shutout innings, as well.